A testimony from Tanja

My husband and I live in the US, but I am originally from Germany. In January of 2013, we made plans to spend Christmas and New Year’s 2013/2014 in Germany with my family. As you can imagine, it’s quite an expensive trip — especially during the holiday season.

I knew I wanted to take a lot of awesome family photos while spending time with family. But there was one problem, my ancient camera. It just would not live up the my crazy picture taking. I needed a new camera.

In November 2012, I signed up for UserTesting.com and MySurvey.com, but I didn’t complete any surveys and only 4 website tests (worth a total of $40). However, after booking our tickets in January of this past year, I realized UserTesting and MySurvey could be the path to my new camera.

Now I had a goal!

I hoped to do about one website test per week. But I could only get 2 to 3 tests per month due to my schedule and what I qualified for (PC and Android phone tests). I then decided to also do some surveys on MySurvey.

I placed all the money in my PayPal account since it would allow me to order my camera and memory card from almost any website.

At this point, I enlisted my husband’s online deal searching skills and he found a great deal for me. 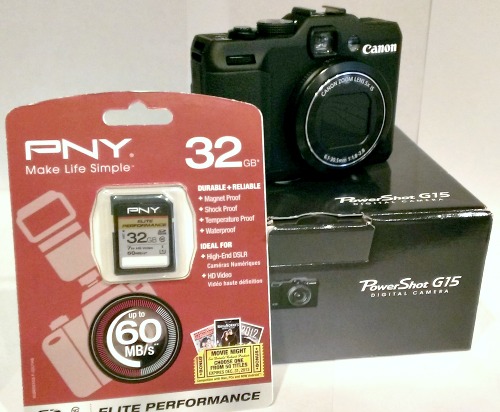 At the end of October 2013, I purchased a Canon Powershot G15 from EBay for $399 and a PNY 32GB HC class 10 memory card for $25 — which left me with $6 leftover! The camera and memory card were both brand new and included shipping and tax! Now I have about one month left to play with my new camera before our trip to Germany.

When people ask about my new camera, I tell them it was literally free… and they can’t believe it.

Thanks MoneySavingMom.com for showing me a frugal way to a new high-end camera!