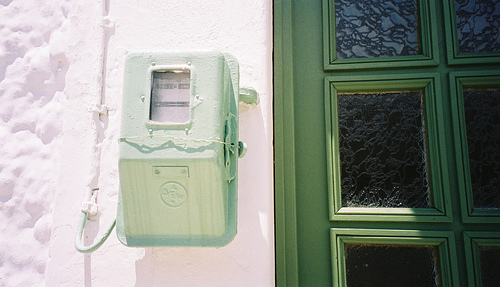 I loved this idea from Jody who blogs at Because I’m Me:

For a long time, I’ve been on my kids to turn the lights off, unplug things we’re not using, close the doors, take shorter showers, etc. They were tired of hearing it and weren’t listening.

One day a light bulb went on in the brain and I presented my children with the following offer: Each month the electric bill was below $190 they’d get the dollar amount the bill was below $190 (i.e.: if the bill were $180 they’d get $10). That money would go towards a party, be it candy, ice cream, cake, pizza, chips, whatever they could buy with that money. I never buy food like that, so it would be a real treat for them.

The first month the bill was still up there around $200, an encouraging improvement but not what they needed.

By the second month, the bill was only $162. Yup, almost $65 less than usual! Not too shabby. And it gave them $28 to blow on junk food. I never expected them to get it as low as that!

In addition to a lower electric bill, my children were able to learn valuable lessons. For example, how to budget that $28 to get the best bang for their buck while pleasing all six kids.

They opted to purchase store brand soda, inexpensive ice cream, lots of buy one, get one free items, use coupons, and to pass on some items that were just too expensive. When all was said and done they managed to have enough junk food for one fine party and many days of treats afterward, and they contributed $10 to a dinner of Chinese take-out!

Last week one of my sons said he wished we’d get an electric bill every day so he could keep track of the amount of the bill throughout the month. I wasn’t going to pass up this opportunity for a “teachable moment”, so out came the electric bill, an explanation of how to read the meter and a brief “field trip” to the side of the house where the meter is. Now he can check every day, do the multiplication and addition and see if we’re staying on track.

We are now four months into this deal and the interest has not waned!

Jody Sanders is a single Mom of 6 kids in south Florida. She home schools four of her kids, runs a home daycare and loves to sew. She can be found at Because I’m Me.