This variation on my favorite bread recipe is absolutely scrumptious. In fact, our whole family can eat almost an entire loaf in one meal!

My favorite thing about this recipe? It can easily be done in 15 minute or less of actual prep time. And the end result looks like you slaved for at least an hour in the kitchen! 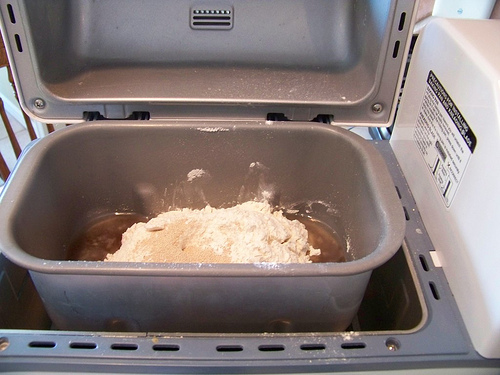 Put ingredients in bread machine and turn on dough cycle. 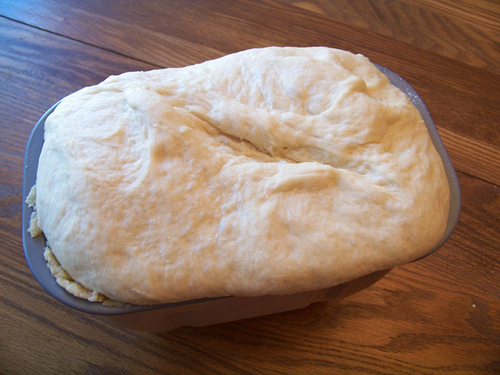 Take out dough and roll into a rectangle. 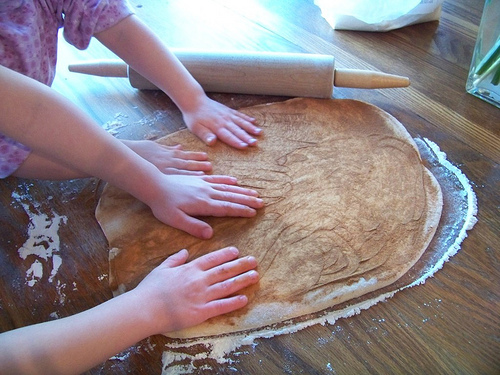 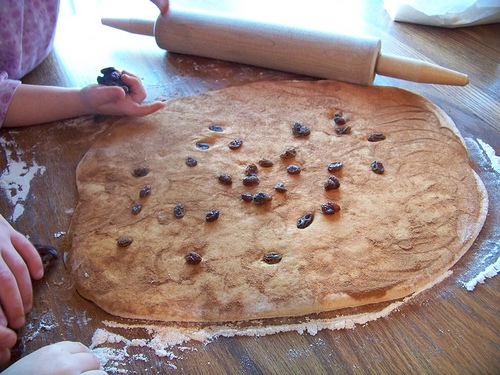 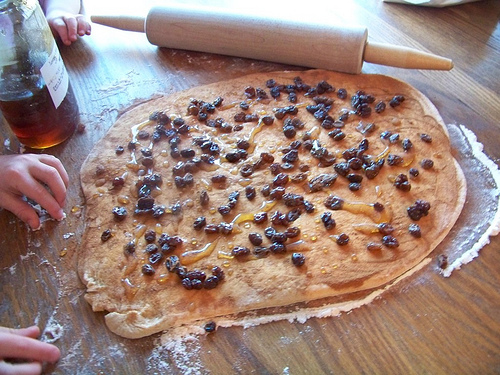 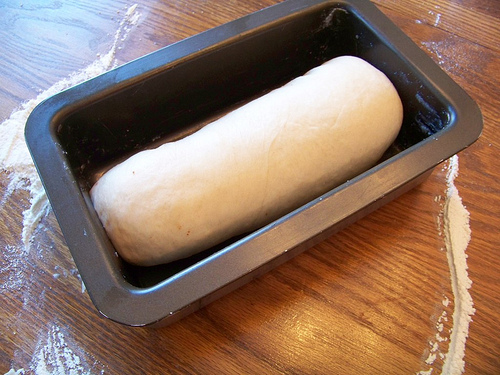 Roll up, tuck ends under and place in a greased bread pan and bake.

Let cool, then slice and eat! 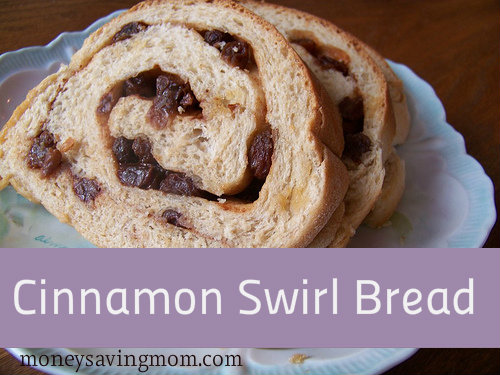 Put all dough ingredients in the bread machine in the order listed. Set on dough cycle.

When dough cycle is finished, take dough out and roll out into a rectangle. Sprinkle with cinnamon. Drizzle with honey. Sprinkle with raisins, if desired.

Roll up dough and tuck ends under. Place in a greased bread pan and cover and let rise in a warm place for 20-45 minutes (until doubled).

Bake at 350 degrees F. for 30 minutes or until golden brown. 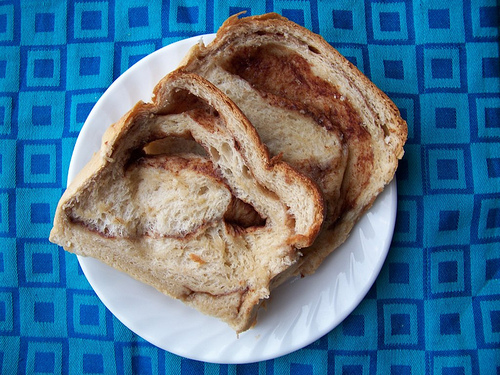 If you want a Cinnamon Sugar Swirl bread, you can try Laura’s recipe. I didn’t seem to have great success in using butter as it seemed to be too heavy and caused the loaf to separate and have holes in the center. But hopefully you’ll have better success than me! 🙂