We have a yearly tradition of making this Christmas Candy. It’s the easiest stuff ever to make, it is inexpensive and it’s addicting!

I originally found the recipe in the book Queen of the Castle: 52 Weeks of Encouragement for the Uninspired, Domestically Challenged or Just Plain Tired Homemaker. It was called “Crookies” in there, but we’ve re-named it “World’s Easiest Christmas Candy.” 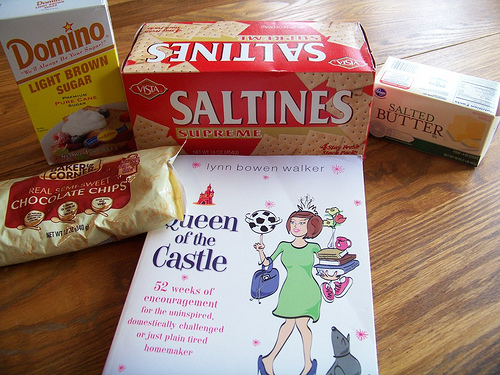 All you need is brown sugar, saltines, butter and chocolate chips. 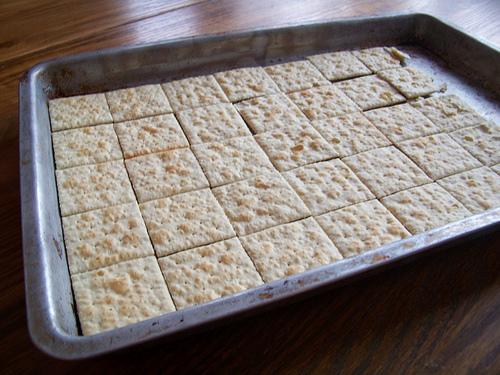 How to make Saltine Cracker Toffee

Step 1 – Lay one sleeve of Saltines out on a cookie sheet (you might want to spray or grease the pan first, though I’ve not had trouble with it sticking, but some mentioned in the comments they’d recommend this). 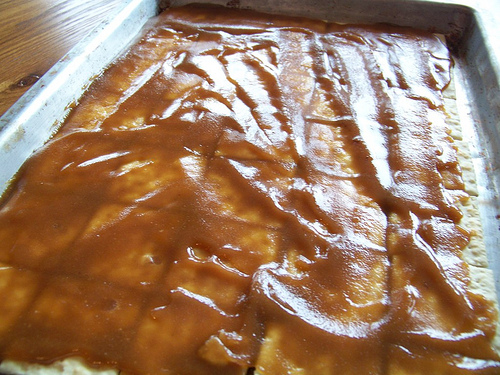 Step 2 – Melt one cup brown sugar and one stick of butter in a saucepan on the stove over medium heat until a gooey mixture forms. Pour this mixture over the saltines and spread around with a spatula to generously coat them.

Step 3 – Stick the pan in the oven on 350 degrees for around five minutes until the brown sugar mixture is bubbling on the crackers. 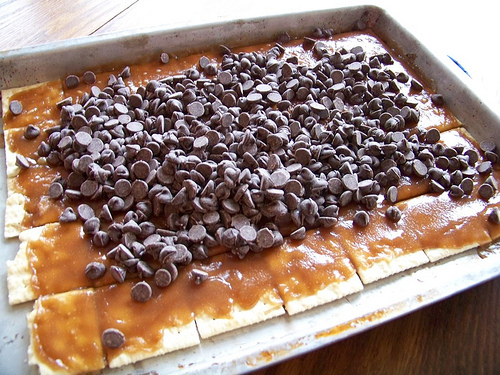 Step 4 – Pull out of the oven and pour two cups of chocolate chips over the crackers and let them sit for a few minutes until they are starting to melt. 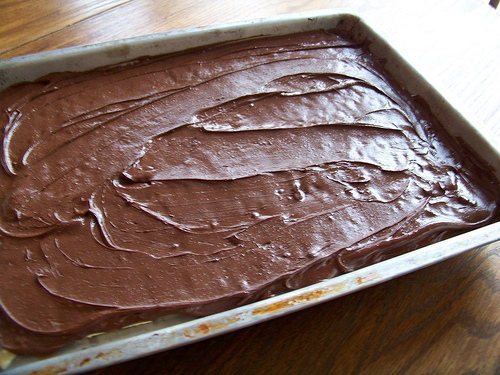 Step 5 – Spread the melted chocolate chips evenly over the crackers and then stick in the freezer for around an hour (until chocolate hardens). 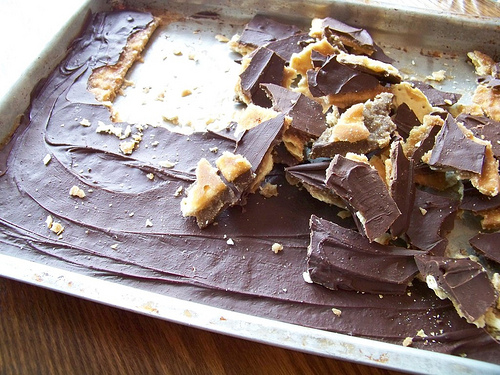 Step 6 – Once chocolate is hardened, lift off the cookie sheet with a metal spatula and break into pieces. 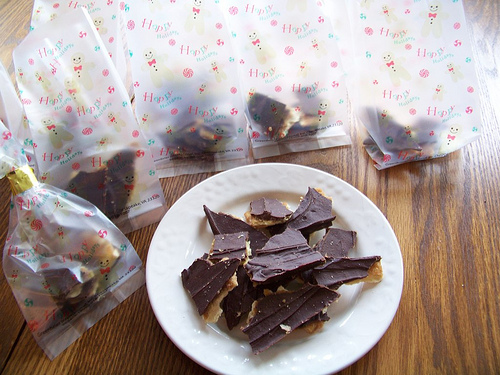 Step 7 – Put into gift baggies and store in the freezer until ready to give as gifts.

On a baking sheet, spread out Saltine crackers. Melt butter and brown sugar in a saucepan over medium heat until gooey. Pour over crackers and bake at 350 degrees for five minutes, or until bubbly.

Stick in the freezer for an hour, or until chocolate hardens. Break into small pieces and put into gift containers or baggies. Store in the freezer until ready to eat or give away.