Home » Easy Recipes » Freezer Meals » Baking Day » When you want to make Hashbrown Casserole, but you don’t have sour cream…

What do you do when you want to make hashbrown casserole, but you don’t have any sour cream? Well, if you’re me, you decide to get creative and make do with what you have!

This was me two weeks ago.

I woke up Sunday morning and realized that I needed to bring something to our church brunch that morning. We had just bought the Ore-Ida Potatoes at Kroger that were on sale for $0.99 per bag as part of the weekend deal and I had a can of cream of chicken soup + a block of cheddar cheese, so I was itching to make Hashbrown Casserole in the Crockpot.

The only problem? We didn’t have sour cream or Greek yogurt or anything that could stand in for sour cream. And every online search for Crockpot Hashbrown Casserole brought up recipes that had sour cream in them.

However, not to be deterred, I remembered this Hashbrown Potatoes recipe from my sister that doesn’t have sour cream or cream soup in it, so I decided to just try and see if I could make something up with what I had on hand.

Here’s what I did: 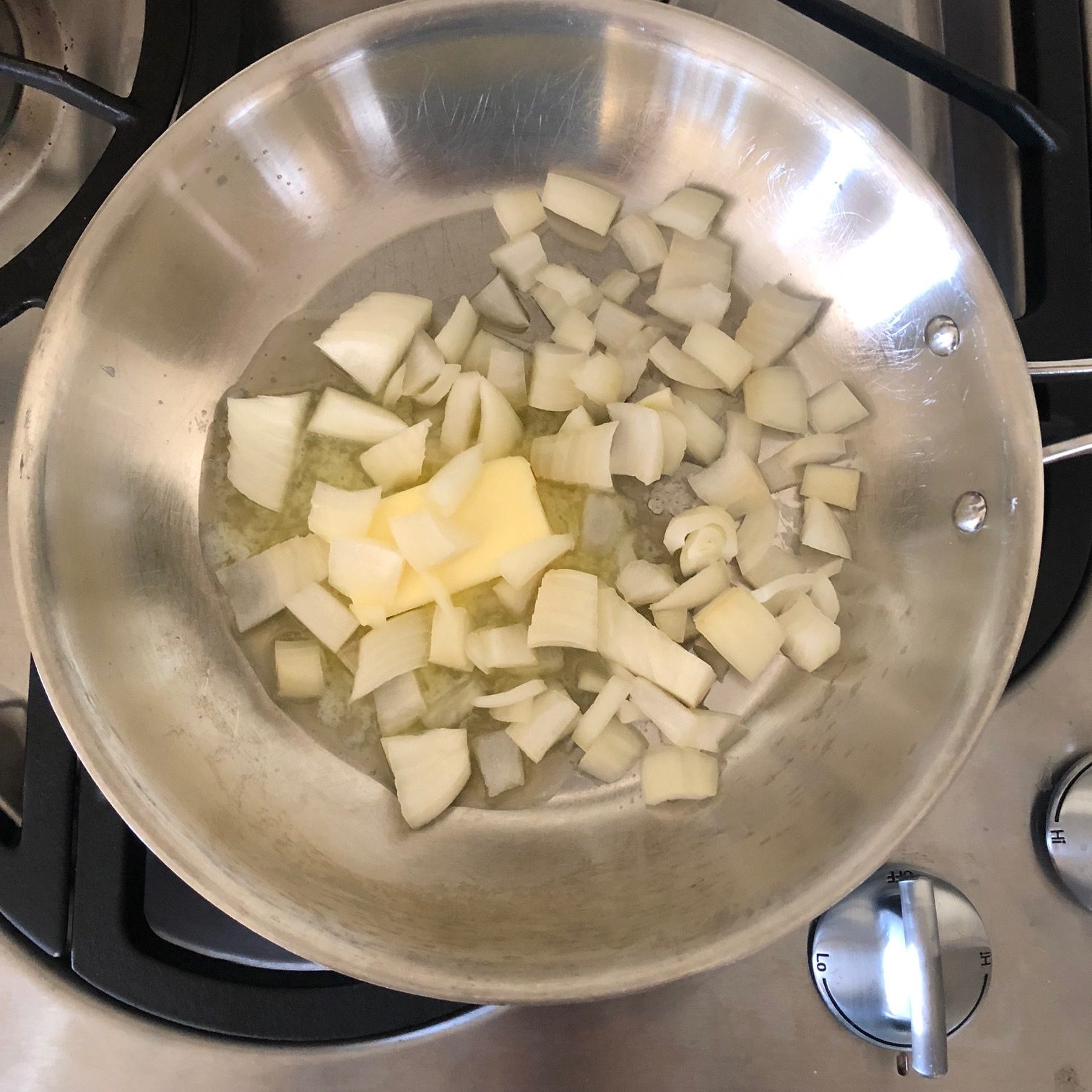 I browned the onions in half a stick of butter. 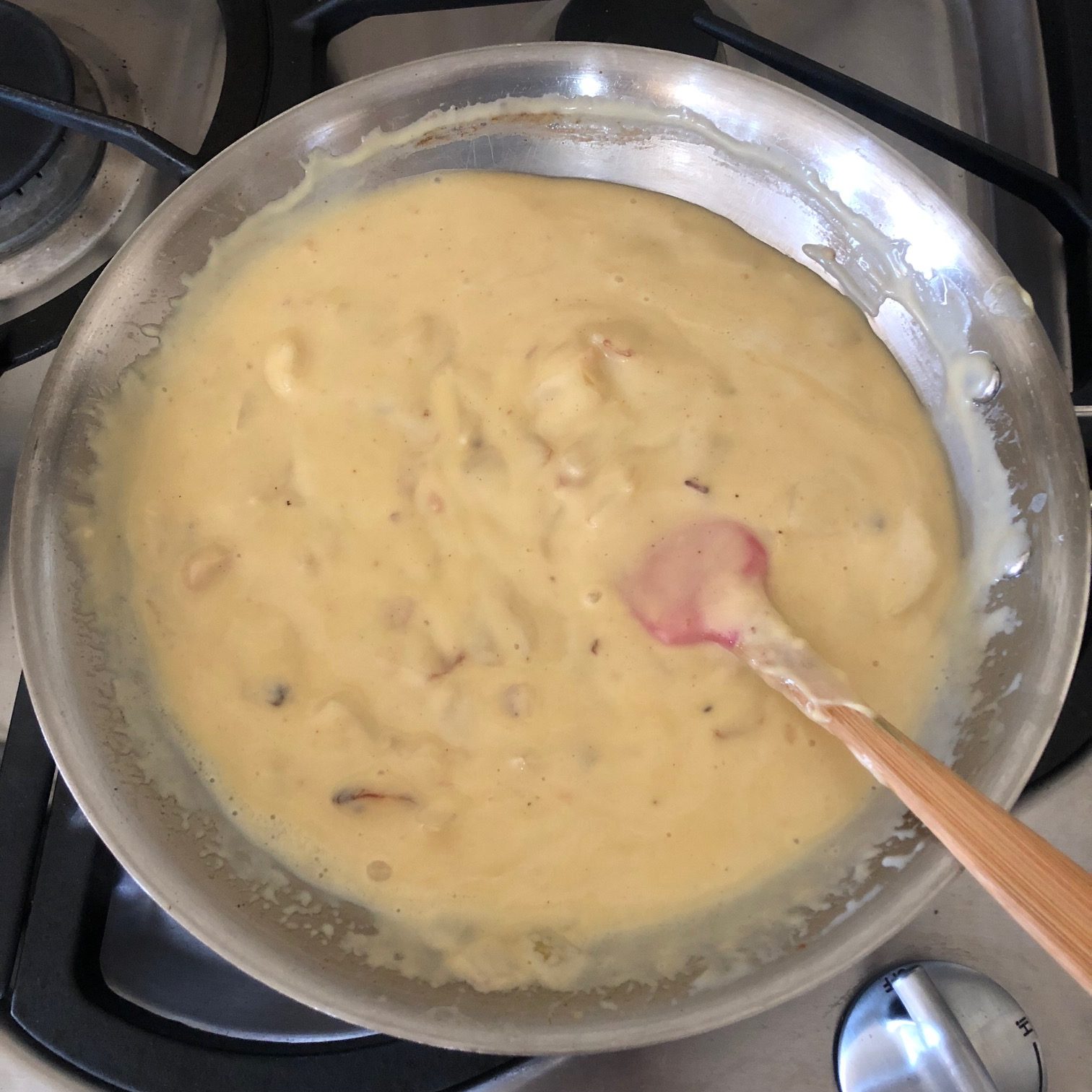 Then, I added the can of cream of chicken soup plus some milk and heated it through. 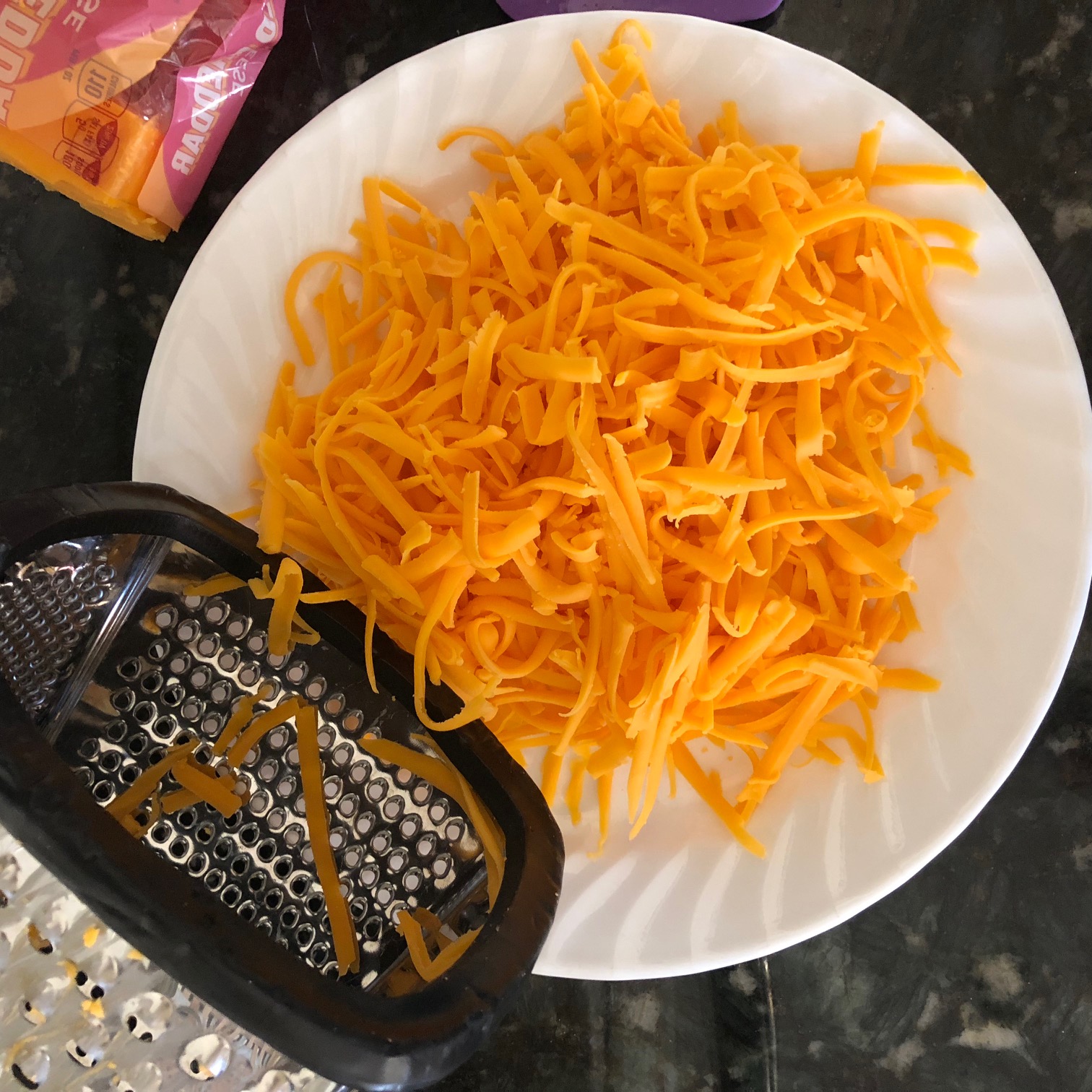 While this was simmering, I grated some cheese. 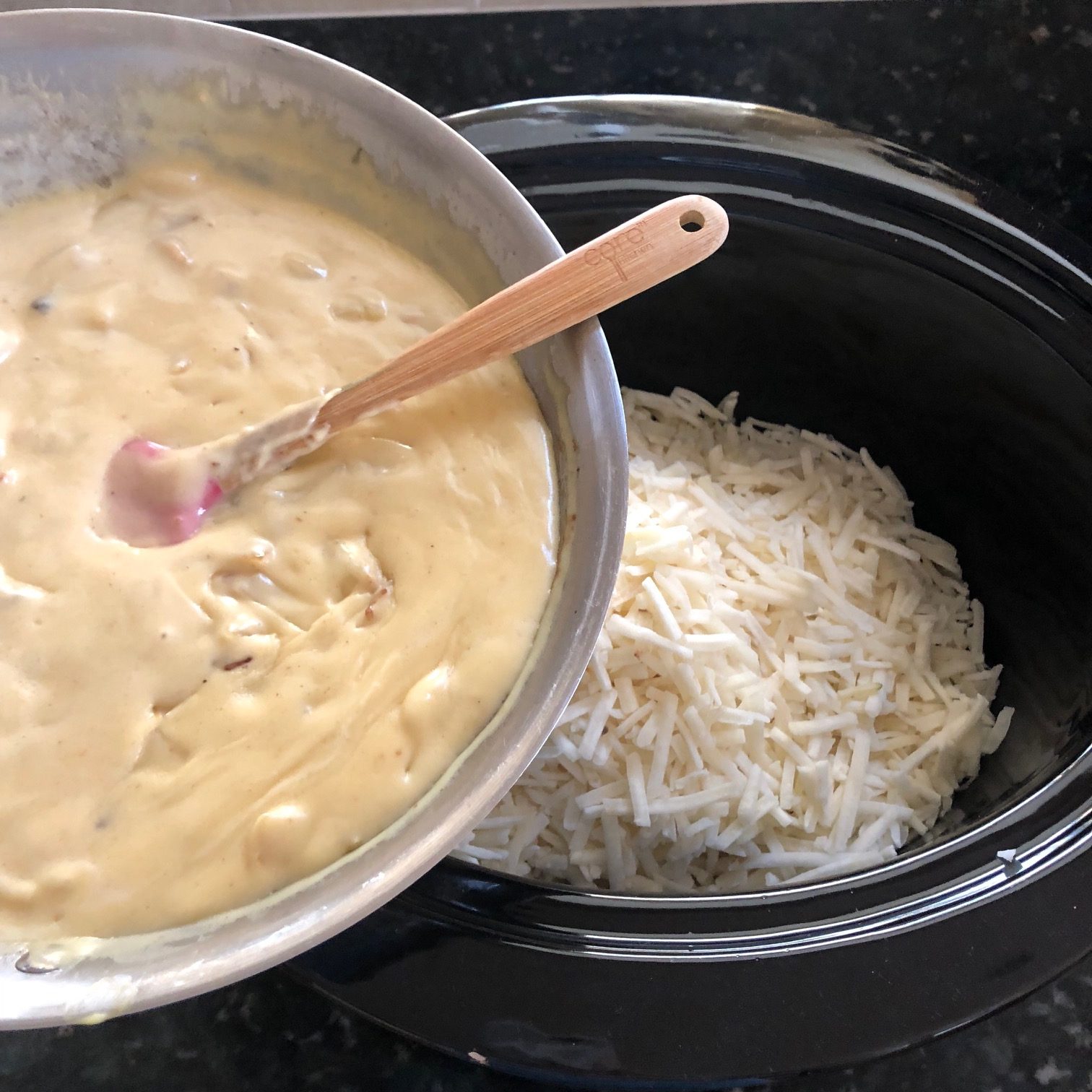 I then put one bag of hashbrowns onto the bottom of the crockpot and poured the soup mixture on top. (Note: I should have sprayed the pan, but I forgot to do so — it ended up not sticking to the bottom like I thought it would, but I would still recommend not forgetting like I did. :)) 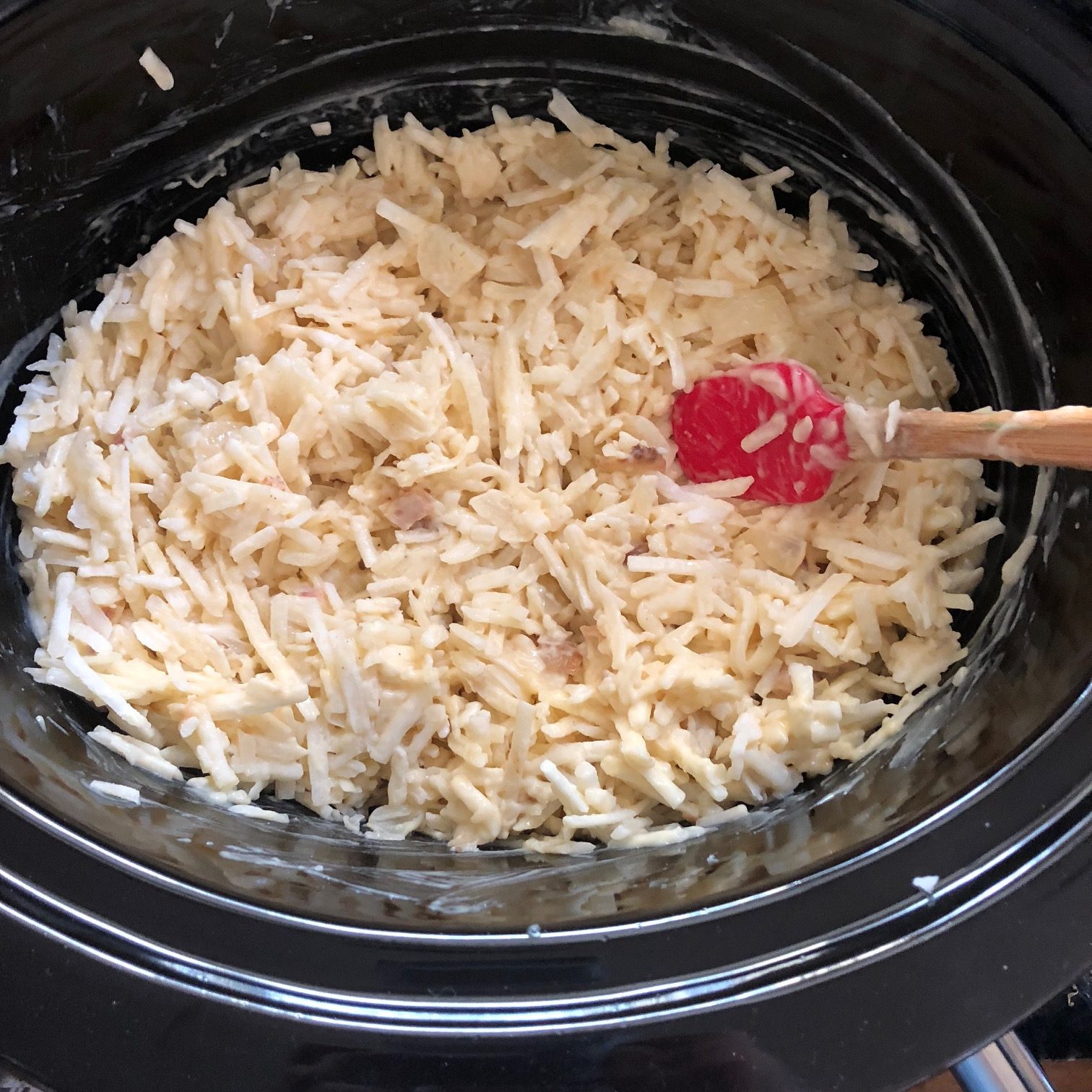 I mixed the soup mixture in with the potatoes. 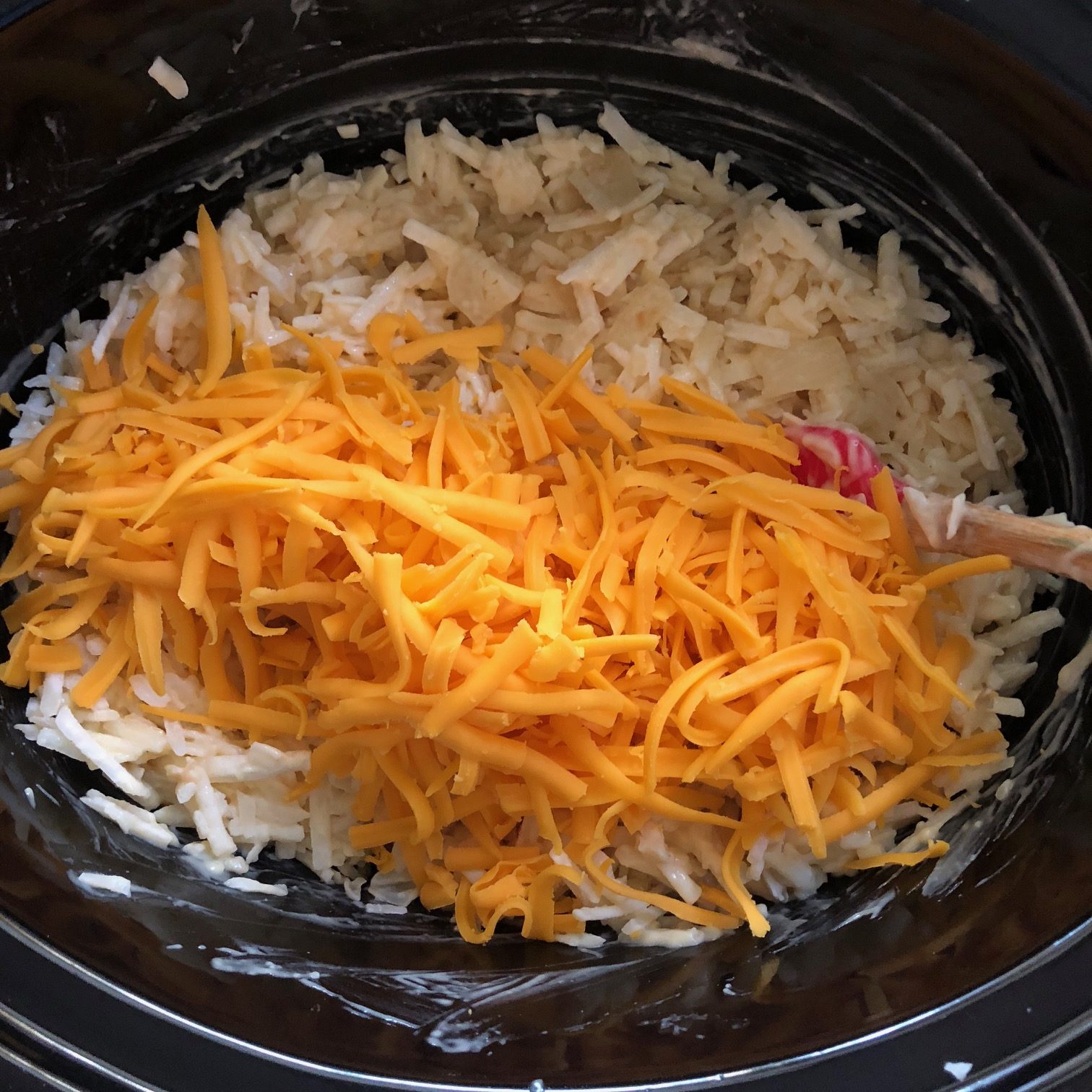 And then dumped the shredded cheese on top. 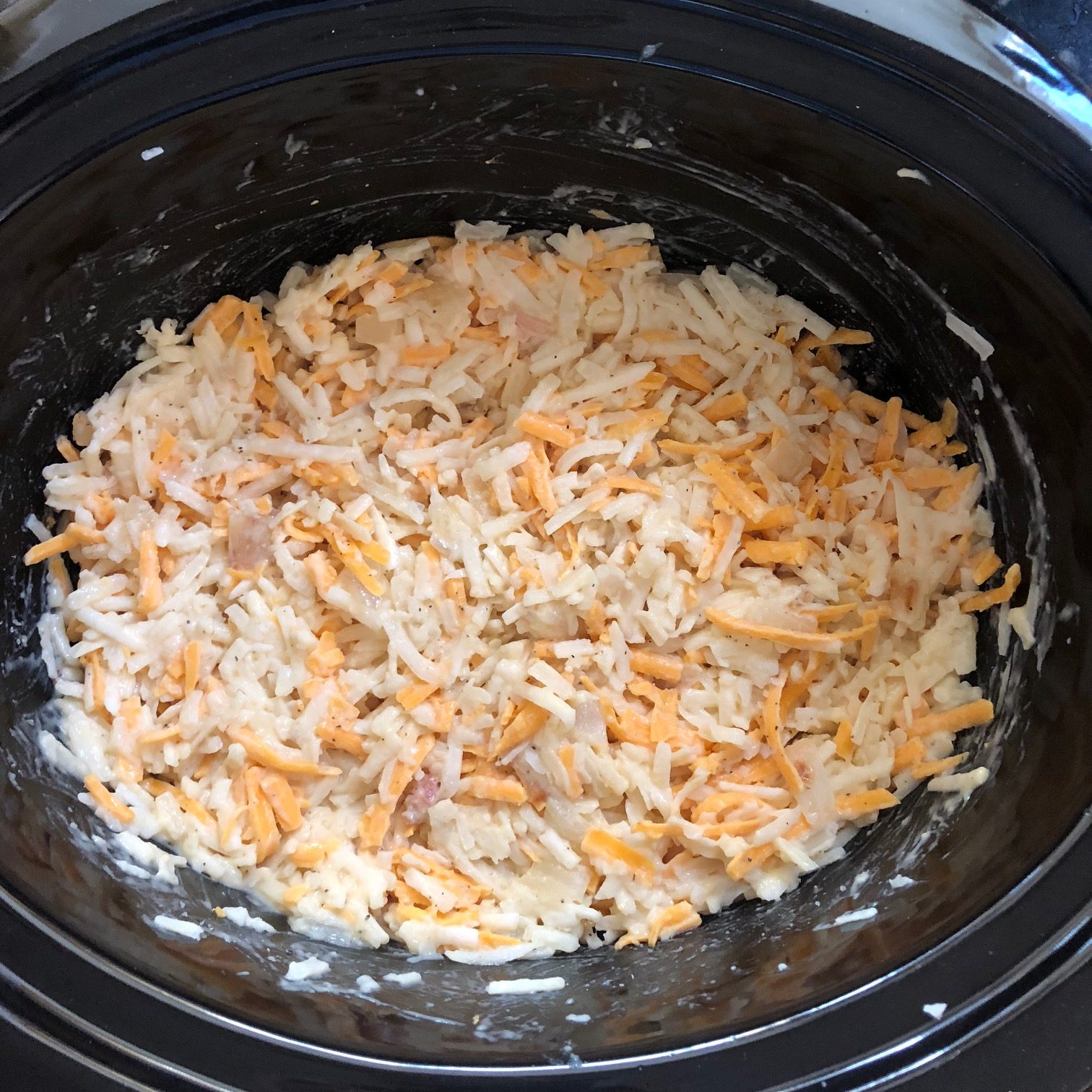 And mixed the cheese in. 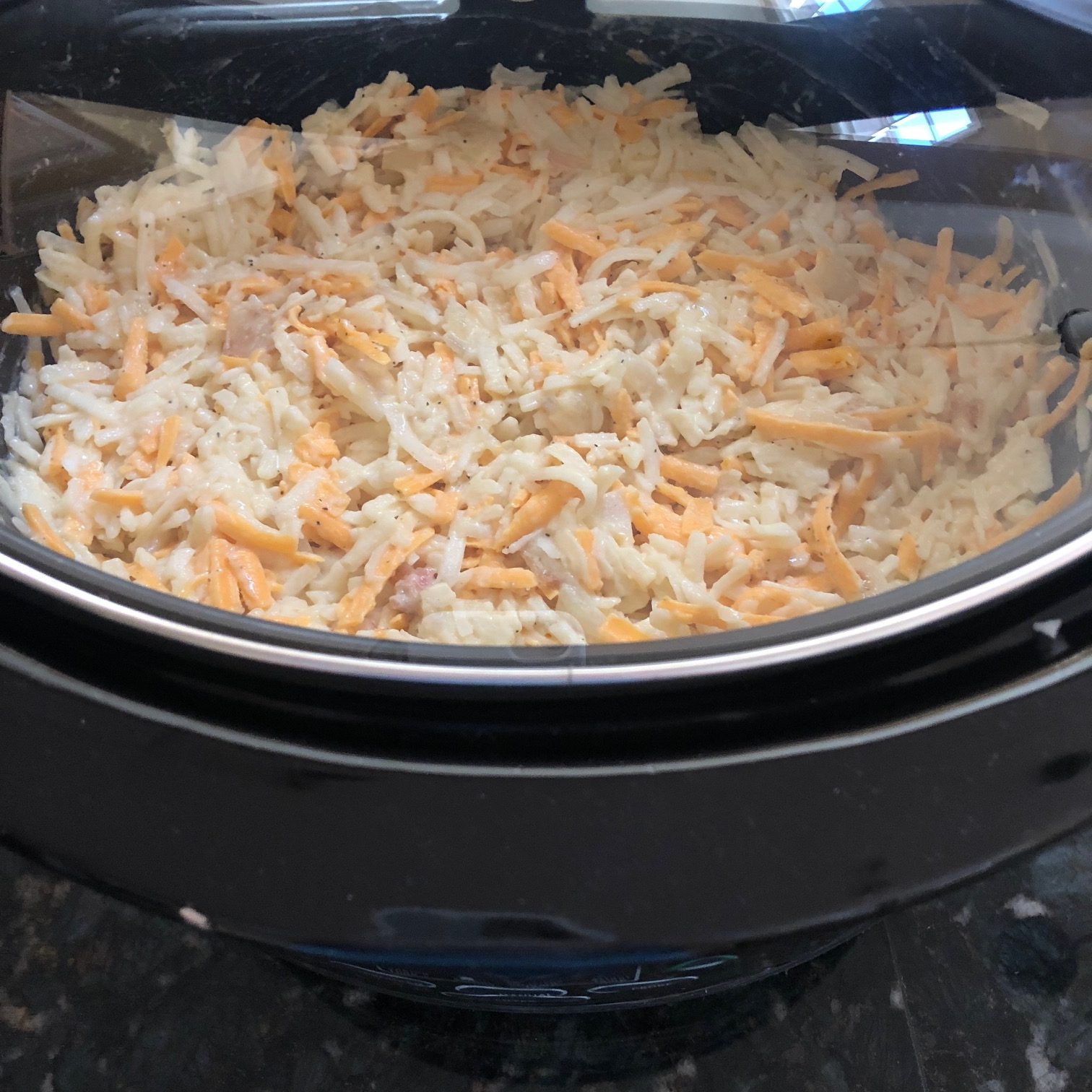 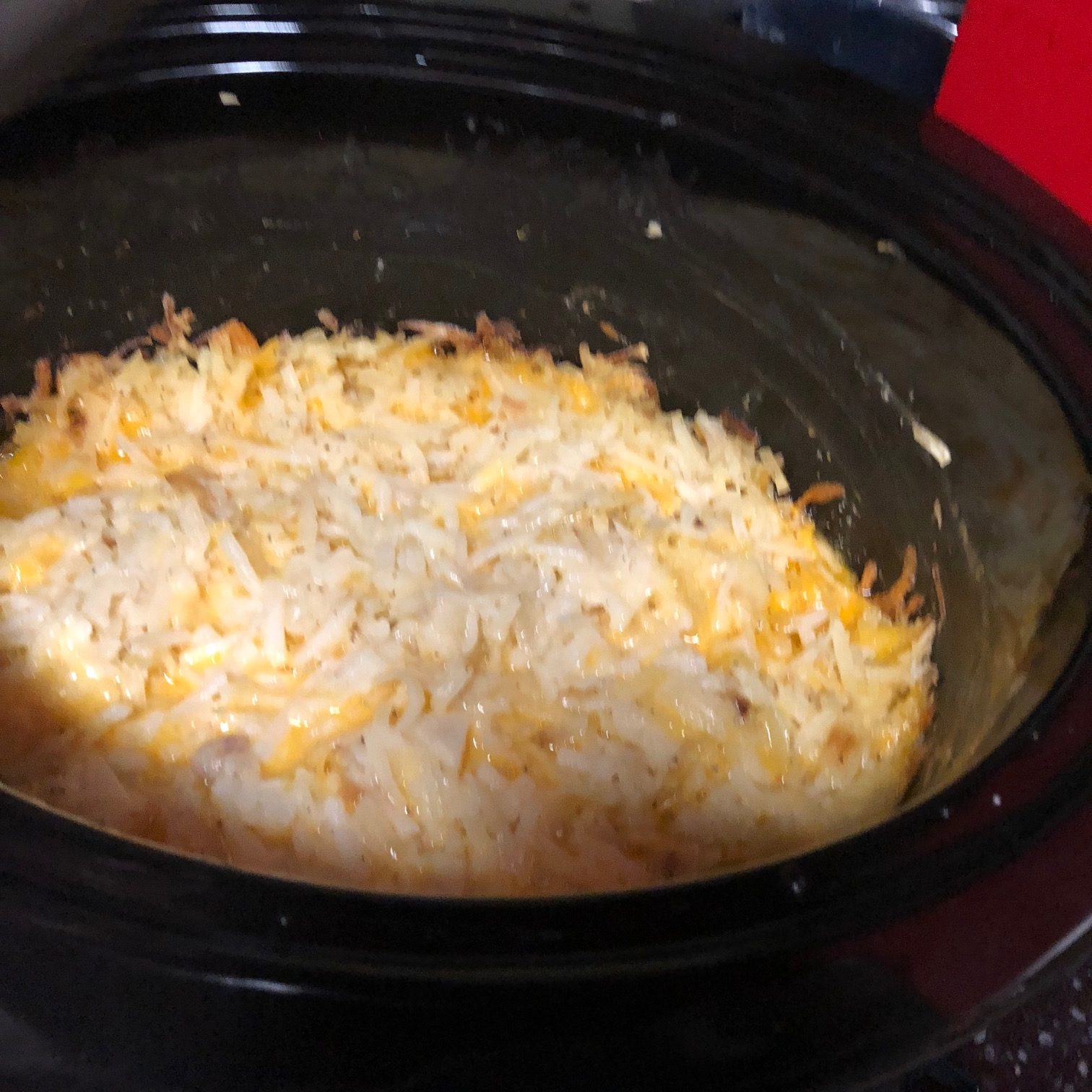 The end result was amazing — it smelled so good, tasted amazing, and the crockpot was completely empty in just a few minutes! I would say they were a big hit! 🙂

Not all of my kitchen creations have turned out so successfully, but it’s always a victory when they do — and I get creative and make do with what I have on hand! 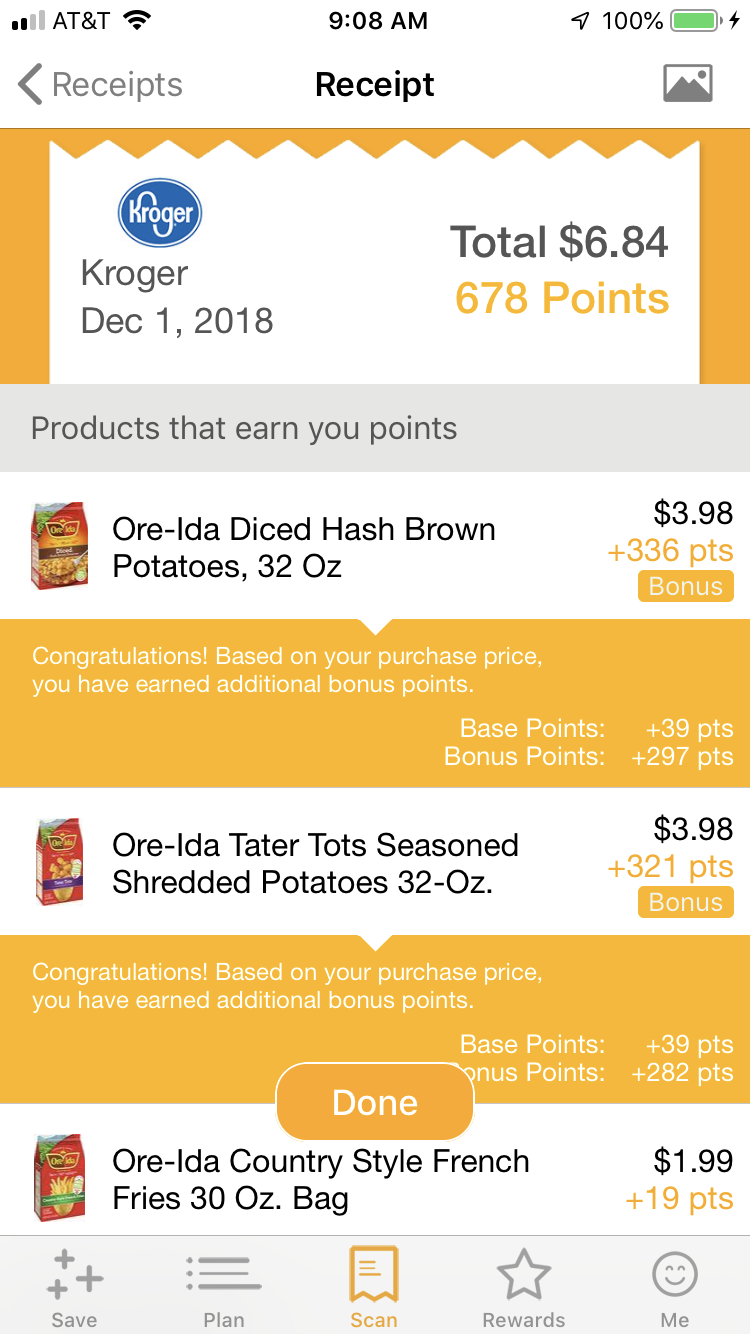 By the way, I got 678 points from Fetch for buying the Hashbrown Potatoes! Yay for free points and free gifts cards for something I was already planning on buying!