A testimony from Stephanie at Mrs. Debtfighter

Everyone around my boys seemed to have a Kindle Fire — or their own electronic gadget. And every time they were around any of these people my boys would tell me how they wanted their own.

Finally, over the summer, my husband and I sat them down and had a talk with them. We told them they could have their own Kindles but that they would have to pay for the Kindles themselves.

We wanted them to know and understand that we aren’t just going to buy them something because they really want it. We also felt that they would take better care of them if they had to save up the money and pay.

After two months of hard work, here’s how they saved the money for their Kindles:

1. My oldest son saved birthday money — Granted, this made a huge dent in how much money HE had to save but he still had to give up receiving toys from family.

2. We sold the family iPod — Selling the iPod also made a big dent. My husband and I got the iPhone 4’s last year for $1 each when the iPhone 5 came out. The iPod pretty much became non-existent then so there was no point in hanging on to it.

4. We waited for the better version to be on sale — When they began working towards their Kindles I decided to start researching them. The 8GB was $159 and the 16GB was $199. I knew to be able to put more apps and books on the Kindle, we would need the one with bigger memory. While they were saving, the 16GB went on sale for $159; however, they weren’t ready to buy yet. They finished saving the money and we had to wait for them to go on sale again. My older son asked why, and I explained to him that he would have to save $40 more if we didn’t wait. So, he got a little lesson in sales, too! 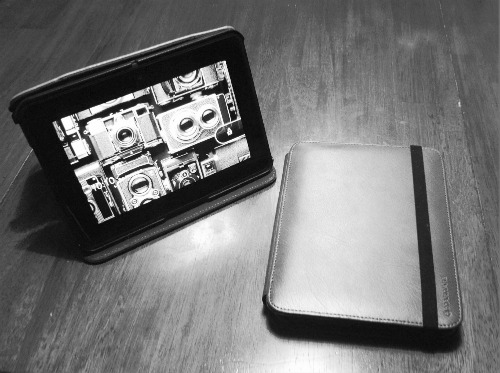 The excitement and pride on their faces the day the Kindles arrived was priceless! They were so excited to tell their friends (they even shared how they had to sell things to pay for them)!

Stephanie is a mostly-stay-at-home-mom to two boys and wife to her best friend! She blogs about her debt-fighting journey at Mrs. Debtfighter.