What my six-year-old is teaching me about giving 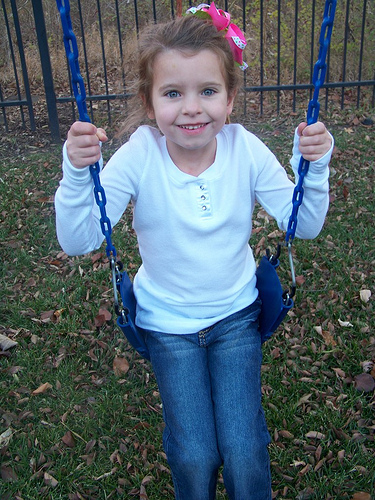 One of our greatest hopes as parents is that our three children will be givers. We want our children to really and truly understand that everything we have has been given to us by God and that our role is to be conduits of His blessings to others. Whether we have little or an abundance, the more we open our hands and hearts to others and give generously, the more we’re blessed in return.

We’ve talked about this a lot in our home and have sought to model a giving and serving lifestyle to our children. However, when children are young, it’s hard to know how much is really sinking in. But in the past two months, I discovered maybe they were picking up more than I realized… 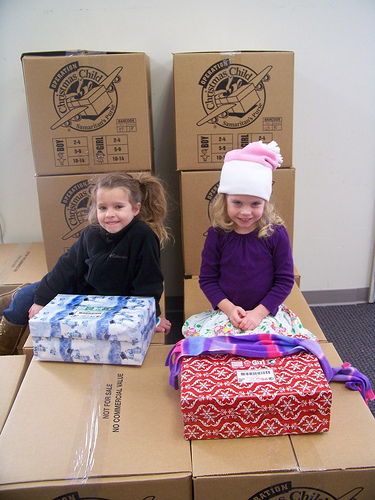 We were riding in the van together one day in October and Kathrynne (6) said out-of-the-blue, “Mom, I’d really like to do Operation Christmas Child boxes.”

It was already something I was hoping we could do again this year, so I said, “Sure, honey, we can definitely do that. Did you have anything specific in mind?”

“Well,” she said, “I was thinking I could take my money that I’ve been saving all year to pay for them.”

I sat up in my seat and looked back into her eyes. She was completely serious about this.

At this point, my husband and I both had tears in our eyes.

You see, Kathrynne had been saving all year for a large-ticket item. She’d done a lot of chores to earn the money, and, after tithing, we’d let her set aside the rest for this item she’d been wanting to buy.

We knew she almost had enough money to pay for this item and she’d been eagerly talking about buying it and using it. And yet, here she was saying she wanted to use almost all of her hard-earned and carefully-saved money to pay to fill 10 Operation Christmas Child boxes. 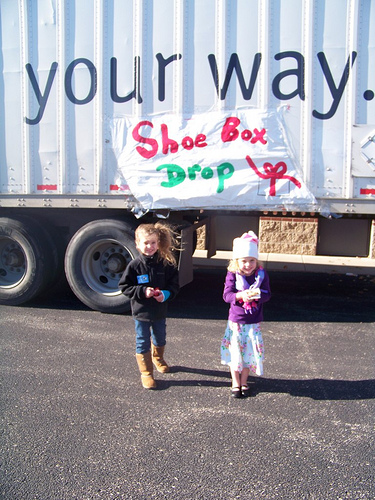 Over the course of the next week, she planned out what she wanted to buy, she shopped for the items, and paid for everything with her own money. Then she wrote cards to all of the children, helped pack the boxes, and took them to the drop-off point. 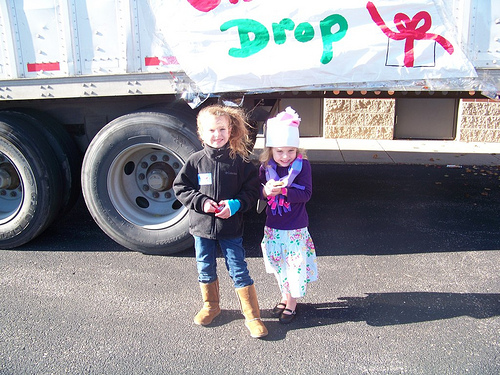 As a parent, I couldn’t have been prouder of my child. And by the smile on her face and the excitement about the whole thing, I knew it was so much more fulfilling to her than buying something for herself ever would have been.

But I was more than just proud. I was deeply touched and challenged to examine my own heart and attitude toward giving. I realized that while I love to give to others, often, I’ll give from my abundance, instead of giving in a way that costs me something near and dear.

Kathrynne didn’t give from her abundance: she gave up buying something she had long waited for and long wanted so she could help children who have little or nothing. It meant she didn’t get to buy something she’d looked forward to owning for months, but she was okay with that, because she knew there were others who needed the money more than she needed a new toy.

Instead of me teaching my daughter about giving, she’s the one teaching me through her example. And I’m left inspired and motivated to give generously–without worrying about what it will mean I have to give up in return.