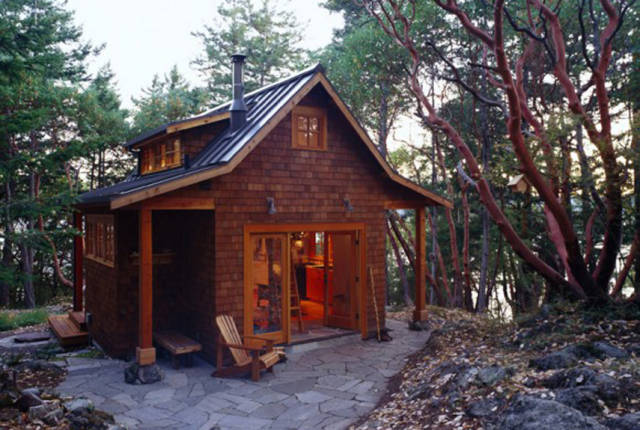 I’ve been thinking a lot about the concept of Small House Living recently. My blogging friend, Lori, has shared about their family’s fairly radical decision to downsize to an RV and travel around the country as a family.

This in and of itself is impressive. But it’s even more impressive when you find out that they are doing this with four kids in tow.

Part of the idea of voluntarily downsizing appeals to me in a big way because I don’t like extra clutter and stuff. On the flip side, the thought of living out of a really small space sounds like a recipe for lots of tension. Namely, I like to have quiet places to retreat and living in such a small space might make me feel like I’d go crazy after awhile. 🙂 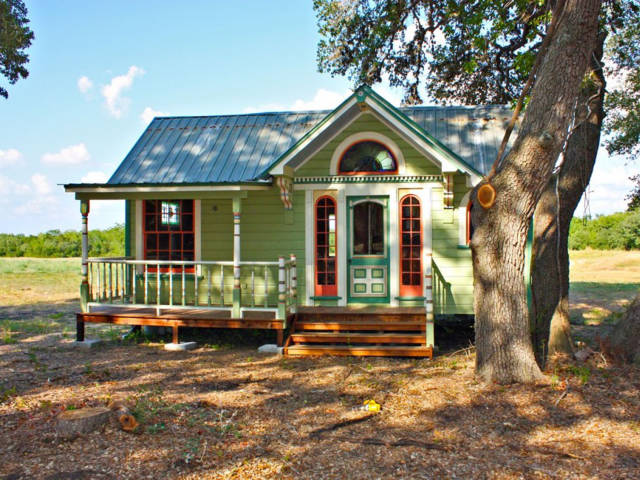 There can be a lot of benefits to downsizing, though, if even for a short period of time.

When I was 10 years old, my parents sold our house and moved all 7 of us (there were only five kids at the time!) to a single wide trailer for 7 months while we built a home in the country. Since our living space was very limited, we put most of our household items in storage and only kept out the essentials.

We have so many memories from that summer in the trailer, most of them good memories. And we discovered a lot of benefits to living in a small space. Such as: 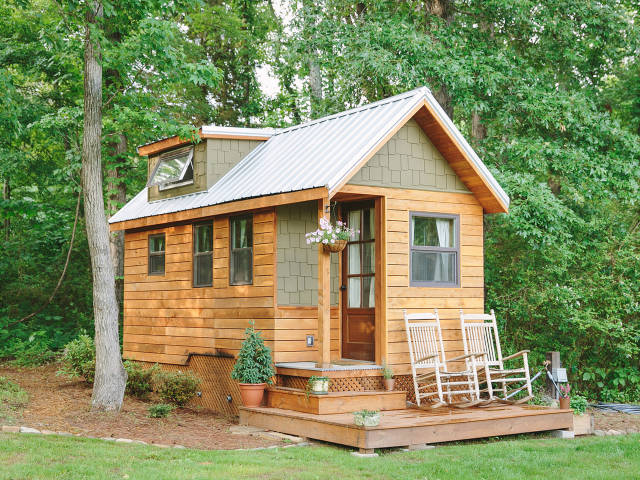 I was reading Kathi Lipp’s new book called Clutter Free recently and she talks about their decision not to move up in house, but rather to downsize in stuff.

She lists off a number of benefits for living in a smaller house, including:

I love her conclusion that, much of the time, we don’t need a bigger house, we need less stuff. If you’re feeling cramped in your space and like your family is bursting at your house seams, make sure you’ve eliminated all the unnecessary clutter and extras first before you starting shopping for a bigger house.

Have you ever downsized before — even for a short time? Do you think you could do what Lori’s family is doing and downsize your family to an RV? Why or why not? I’d love to hear!

For inspiration, check out this article: 12 of the Most Impressive Tiny Houses You’ve Ever Seen