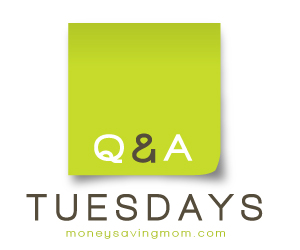 We currently have a 1999 Sedan with about 130,000 miles on it. It’s been paid off for 6 years. Our plan is to drive it until it dies. Our other car is a 2004 SUV which has only been paid off since December. We’ve been rolling that car payment amount of our budget into saving for a replacement vehicle when the Sedan dies — which could be anytime now. 🙂

My husband and I have been going back and forth about what to do when the Sedan does die. Unless it lasts us another few years, we won’t have any significant money saved for another car. We’ve considered using what we have saved and if necessary (as in the car dies tomorrow or in the very near future) possibly taking a small loan ($1,000-$3,000 that we’d pay off in at most 2 years) out to get a decent car.

My concern then is that “new” car will die about the time our SUV needs to be replaced and we simply can’t afford 2 car payments and we won’t have enough savings for 2 cars. So then we consider trying to buy a newer car that would last longer but we’d have to take a loan out? What would you do? -Angela

Since my husband and I have made a commitment not to borrow money for anything, if we found ourselves in your situation, here’s what we’d do:

1. We’d stop worrying about it too much.

I personally am guessing that if you take good care of the 1999 Sedan, it just very well might keep rolling along for another few years. 130,000 miles isn’t all that much, if you ask me. Our vehicles usually last until somewhere around 170,000 miles. 🙂

2. We’d keep rolling the former car payment into the Vehicle Replacement Fund as you’ve been doing.

If you’re putting $150 to $200 in your Vehicle Replacement Fund per month and the Sedan keeps hanging on for another year, you should have around $3,000 saved — which is plenty enough to pay cash for a  decent used car which could last for another few years. If the Sedan hangs on for another two or three years, you’ll likely have more like $6,000 to $9,000 saved — which should be enough to purchase a good used car which will last you another five years or more. And don’t forget, even if the Sedan isn’t drivable when it does breathe it’s last breath, you could very likely still get some money for it by selling it for parts.

As soon as the Sedan dies for good and there’s no bringing it back to life, you can replace it with whatever amount you currently have in cash in your Vehicle Replacement Fund.

One viable option is to go ahead and sell the Sedan now, put the money you make from the sale into your Vehicle Replacement Fund and then work out a temporary one-car situation while saving your former car payment and everything else you can squeeze out of your budget towards a new vehicle.

Or, you could wait and see how long the Sedan holds out, keep saving your former car payment and if it dies before you have $3,000 saved, you could just go to having one car while you were saving up for a replacement.

4. We’d consider doing something a little radical to help beef up the Vehicle Replacement Fund.

If you have any extras in your budget (such as eating out, cable, gym memberships, etc.), consider cutting these for a short while and throwing the extra savings into your Vehicle Fund. Or, take on a side job short-term and put the extra income towards your Vehicle Fund. You could even go through your home and find items you no longer love and use and have a garage sale or sell stuff on eBay or Craigslist.

If you got creative, were willing to drive a vehicle which might not win “Best Car of the Year Award” and kept saving your former car payment every month, I think it’s very possible for you to avoid getting a loan on your next two replacement vehicles. And then, once you replaced both of those vehicles, if you kept saving your former car payment money in a Vehicle Fund, I think it’s entirely possible you could put yourself in a position to be able to always pay cash for cars in the future.