Home » LITE Feed (non-deal) Posts » A Peek Into Our Week: A trip to Kansas, asthma, a wedding, business meetings, and my lack of navigational skills

My sister, Olivia, my mom, and me

It’s been a very full two weeks. And almost every day I had planned to write this post… and then life happened.

After I came home from Dallas, I literally spent two days 100% at home, catching up on sleep, hanging out with my family, and getting a few projects. But mostly just sleeping and hanging out. Because I’ve learned that sometimes that’s just exactly what my body and soul needs… and in my new fully embracing life mode, this is something I’m really allowing myself to do. And it’s been a beautiful thing.

Last Wednesday, we made the trip back to Kansas to spend the Fourth of July with our extended family and friends there. It was weird, because for the first time ever, Kansas felt so very flat and treeless. I guess that’s an indication we’re acclimating to TN? 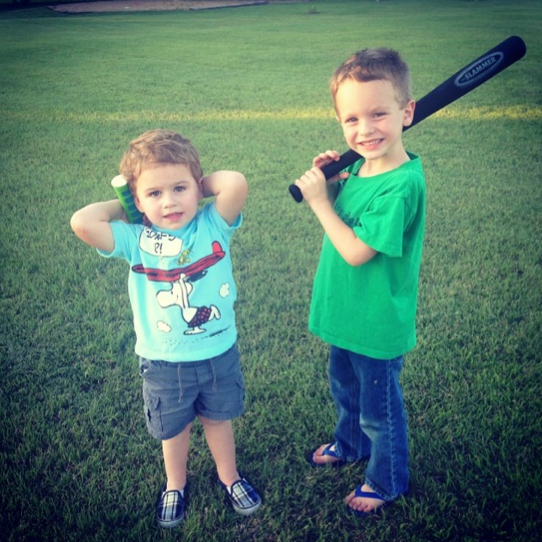 We didn’t have an agenda or schedule set up ahead of time, but we just lived life “by the seat of our pants”. Which always makes for an adventure! 🙂

Wednesday evening, all of my family (minus my sister and her family who live in SC), converged on my parent’s home for dinner, firecrackers, and hanging out. Our kids were so excited to get to hang out with their cousins — and Silas loved having a little boy to play baseball with.

Speaking of Silas, sadly he really, really struggled with asthma when we were back in Kansas. In fact, while he’s had almost zero asthma symptoms since we’ve moved to TN, it came back in full force while we were in Wichita. We spent a lot of time caring for him and trying to keep his asthma under control. Gratefully, we have a fantastic Pediatric Allergy Clinic that we work with and they were able to get us an extra nebulizer and medicine during the holiday weekend and keep tabs on how he was doing.

He’s slowly getting better since we’ve gotten back home and we’re going to be a lot more proactive before we head back to Kansas next time to hopefully prevent another flare-up like that. We’re also trying to pinpoint if it was actually the weather/climate/allergens in Kansas or if was something else entirely.

While it’s so hard to see Silas have a flare-up like he did this weekend, this episode makes us so very, very grateful that he’s been doing so much better in recent months. He used to have flare-ups like this multiple times per month, so we’re thrilled that this has become out of the ordinary. It also hurts our hearts anew for all of you parents who are dealing with children who have special needs and/or serious ongoing issues.

Kaitlynn spent Thursday with Grandma as a belated birthday outing. They went to the zoo and then came back and spent time together. I love for the kids to get one-on-one time with Grandma whenever possible.

Jesse got to spend the afternoon and evening doing a “ride-along” with one of his police friends. He’s wanted to do this for a long time and I was so happy that it finally worked out. In typically Jesse fashion, he had a lot of stories to share when he got back!

Gratefully, nothing too scary happened that night. I don’t think I could deal with having him be a part of the police force… just doing the ride-along was plenty enough for me to be worried about. My hat is off to all of you who are in the police force or have a spouse who is. We so appreciate the sacrifices you make and the danger you face on all our behalf.

While Jesse was gone, we went to my family’s house and then my family watched the kids while I went out to coffee at Mead’s Corner with my good friend, Ginger. Sadly, neither one of us remembered to get a picture of the two of us together, but we had SUCH a good time.

As I shared not too long ago, Ginger is a childhood friend of mine and we re-connected through Instagram last year. Her friendship has been such a gift to me and Thursday evening was just exactly that for me… a precious time of sharing our hearts, our struggles, and encouraging one another. 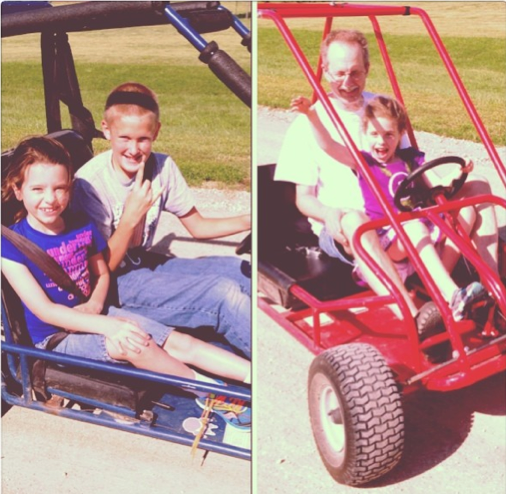 We didn’t get good sleep on Friday evening because of Silas being up with his asthma, so we slept in on Friday morning and then headed over Jesse’s family’s house to hang out. They recently got two go-carts and the girls pretty much didn’t want to get off of them.

It was kind of surreal to ride on a go-cart with my daughter while she was driving. It made me realize that it won’t be too much longer and she’ll be driving a car. Not sure that I’m ready to go there yet! 🙂 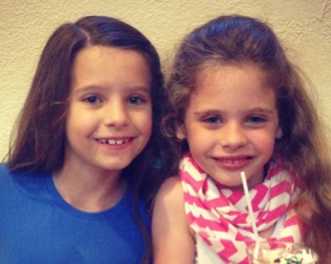 On Saturday, Jesse and Silas went to his family’s house again, while Kathrynne and Kaitlynn went with me to a family friend’s wedding. Some of the girls’ really close friends from Kansas were going to be there, so they were excited to get to spend time with them. And I was happy to get to spend some more time with my family, as well see other friends of ours. 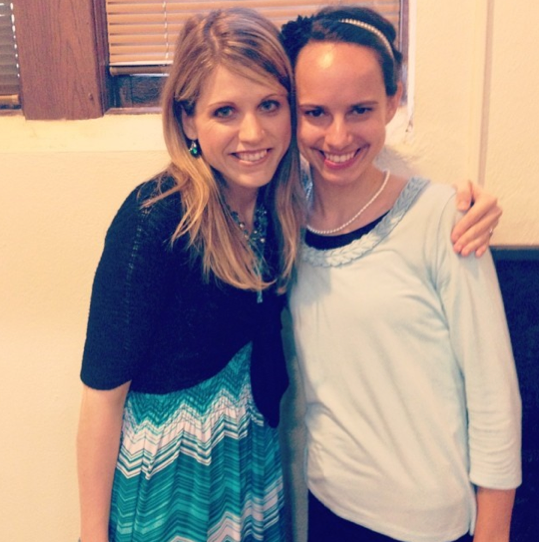 After the wedding, we headed to the reception. My good friend, Susanna, was running the very busy coffee bar, so I asked her if I pull my hair in a ponytail and jump in and help.

I’ve known Susanna for years — actually pretty much all her life! In fact, our parents have known each other since fourth grade! Susanna and her family are dear, dear friends of ours and she’s been such a blessing to our family over the years — babysitting for us, working as our mother’s helper, and being a dear friend of mine. She and I have so many memories of different events and projects we’ve worked on together, so it was fun to get the opportunity to be serving alongside one another again. 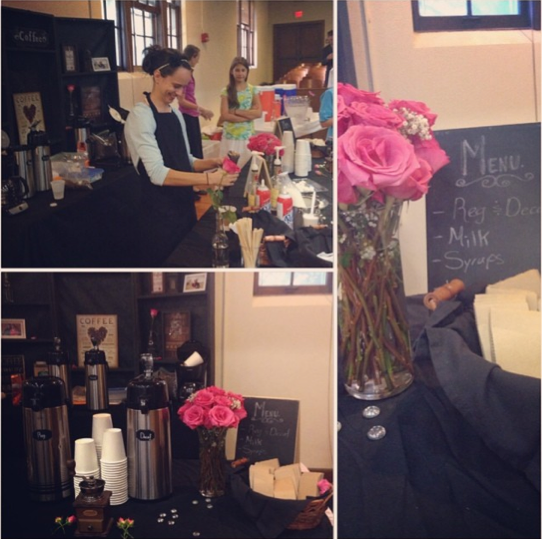 Helping at the coffee bar ended up being quite an adventure. It seemed like just about everything that could go wrong did go wrong, including massive spills, coffee brewers overflowing, running out of napkins, and never being even close to keeping up with the long line of people wanting coffee, but we just rolled with the punches and had a blast — especially since all the “customers” were so patient with the wait! 🙂 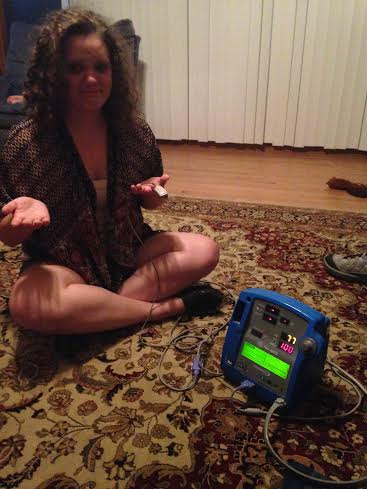 Saturday evening, we stayed as long as possible with Jesse’s family… engaging in our usual teasing, bantering, and just general craziness. Jesse’s dad services medical equipment so he had brought home a pulse oximeter so we could keep tabs on Silas’s oxygen levels.

Well, in typical Paine style, we all had to try it out and compare and compete to see who could get the best reading. It was hilarious and then we started laughing when we realized what nerds we were for finding things like this so entertaining. 🙂 {See Jesse’s sister above in her “Am I okay? Are these readings good or bad??” pose.} 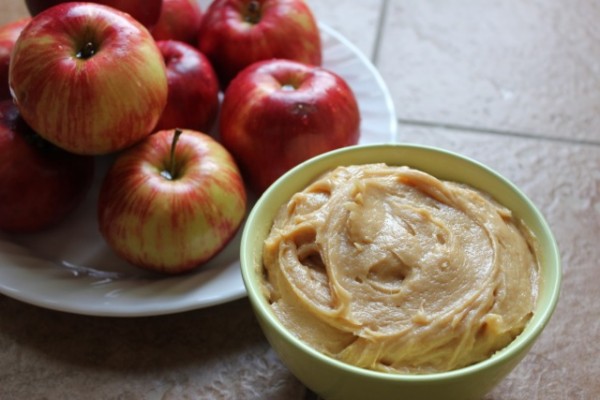 We left for home early Sunday morning and boy were we ever glad to make it back to our own beds! We didn’t do much to speak of on Monday, other than make Peanut Butter Cream Cheese Apple Dip and make it to Meaty Monday.

Oh and I also wrote that post on Being Done With Being a People Pleaser that’s been percolating in my brain for a long time. Your comments on that post just blew me away. Thank you, thank you, thank you for your kind encouragement! Know that I read and appreciated and was touched by every single one of your kind comments and emails.

On Tuesday, my road manager, Liz, flew into town for meetings with me and my management team. I offered to pick her up at the airport… which I should probably have known better than to do since I kind of stink at navigation — especially when it comes to new areas. But I’m all about challenging myself to try new things, so I drove to pick her up… and promptly got hopelessly lost. Apple Maps told me I had arrived at the airport, when I had instead arrived at a warehouse that was nowhere near the airport.

After multiple tries, I ended up calling Jesse and he was able to track the location of my phone to figure out where I was — which was miles from the airport. Poor Liz had to wait for an extra 45 minutes or so while Jesse helped me navigate to the right place, since the maps on the phone weren’t being helpful at all.

I was never so happy to have arrived at a destination… and I’m pretty sure I will leave airport picking up duties to other people from here on out. 😉

We had a blast having a team lunch and then a meeting brainstorming some really cool possibilities for events the future. I’m so excited about all of the fun things we are planning and considering and can’t wait until I can tell you more!

Tuesday evening, we all went to Brian & Traci’s house to hang out — and we had so much fun and such great conversations that we ended up not leaving until around 11:30 p.m. Whoops! 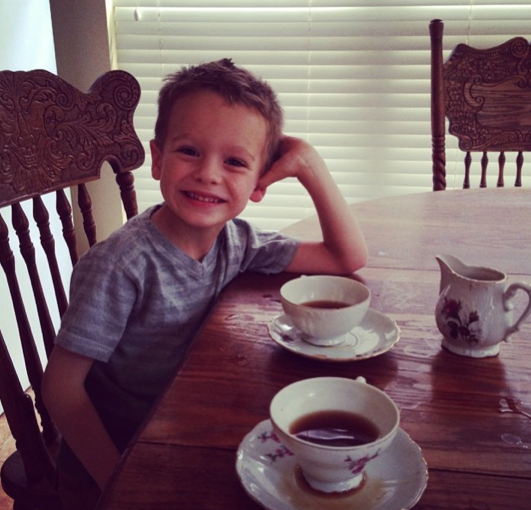 Since we stayed out late on Tuesday evening, we got a late start on Wednesday morning. This little guy greeted me first thing in the morning and invited me to come join him for a tea party! He melts my heart and moments like these make up for all those hard mothering days.

How has the past week and a half been for you and your family? What’s been going on at your house?