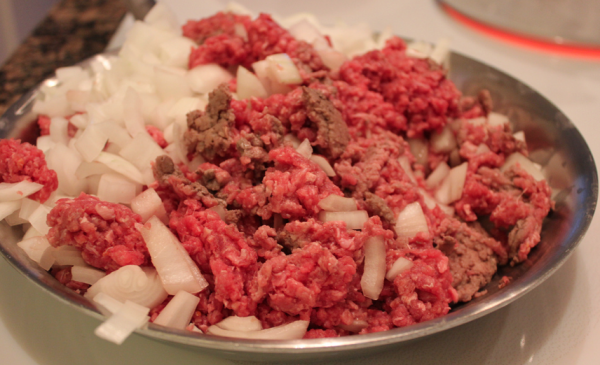 I browned a massive pan of ground beef and onions. And kind of chose a pan that was too small. Whoops! 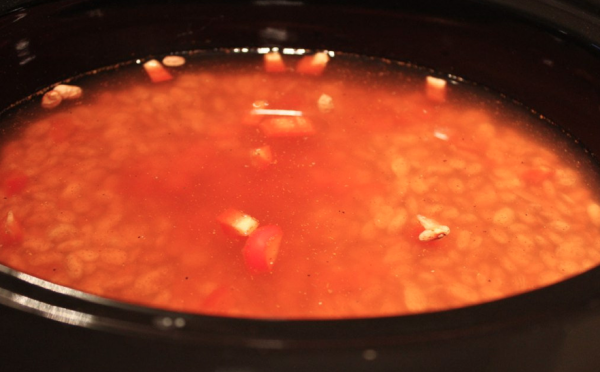 While the ground beef was browning, I put everything in the crockpot for the Slow Cooker Cowboy Beans. These were so simple and easy to make! 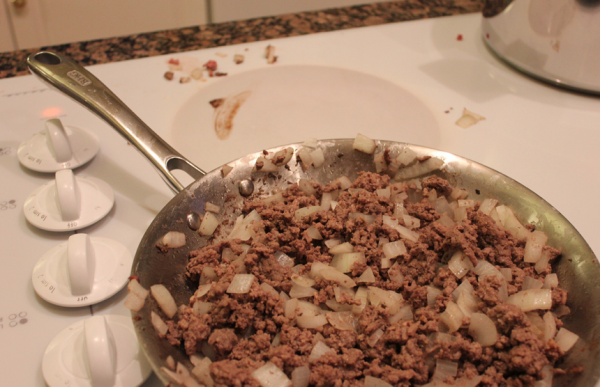 And the ground beef was finally done. Yikes! I made a MESS on the stove! 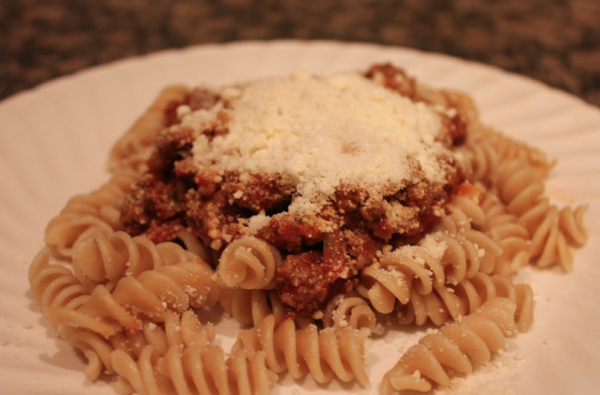 I had planned to make Million Dollar Spaghetti, but I was running short on time and I didn’t want to turn on the oven because the house was already so hot, so I decided to just boil the noodles, add a jar of pasta sauce to some of the ground beef, and make spaghetti for dinner.

Er, maybe I was just lazy? Well, I’m going with the fact that the house was too hot to turn on the oven. Yup, that’s my story. 🙂 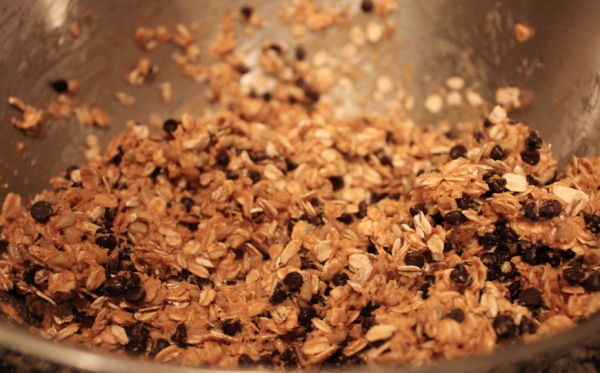 While everyone was getting dinner on their plates and getting situated at the table (which always seems to take a LONG time!), I dumped everything in a bowl for the Homemade Energy Bites. 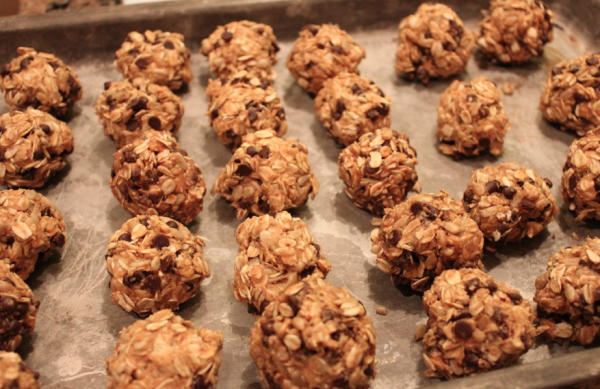 And then I quickly rolled these in balls and stuck them in the freezer. Well, after we did a little taste-testing. 😉