MSN: How to get groceries for free by gleaning 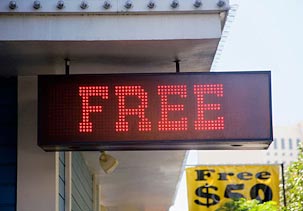 MSN posted an interesting article recently on how to get groceries for free by gleaning:

A truck pulls up, two people jump out, and, within minutes, they’ve loaded up a few cases of dented cans, a box of ripe pears and a few dozen loaves of day-old bread. Jumping back in the cab, they pull out of the grocery store parking lot and head for the next store on their list.

Some call it food rescue or grocery recovery, or even an old biblical term: gleaning.

But no matter what you call it, the practice of rescuing food before it hits the garbage bin is becoming increasingly popular as a way of reducing waste, feeding people who’ve fallen on hard times and even helping average families save hundreds of dollars a year on groceries.

Thanks to Ashley for passing along this article!