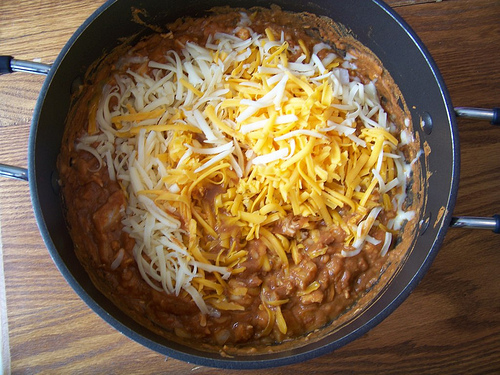 Once I finished making the Chocolate Chip Pancakes, I made the Brown Bag Burritos. Since I already had chicken cooked, I went ahead and substituted chicken for the ground beef. Because you know how I just can’t bear to stick with a recipe exactly! 🙂 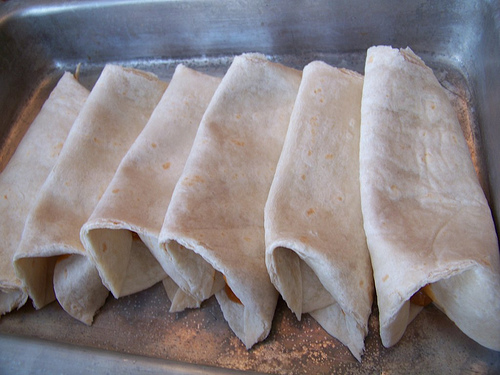 I realized that I didn’t have enough tortillas for all the filling, so I just filled the tortillas I had and put the rest of the filling in bags to freeze. While not quite as nice as having the burritos completely made, it’s really simple to just thaw the filling and make up a quick pan of burritos. Plus, it takes up less space in the freezer. 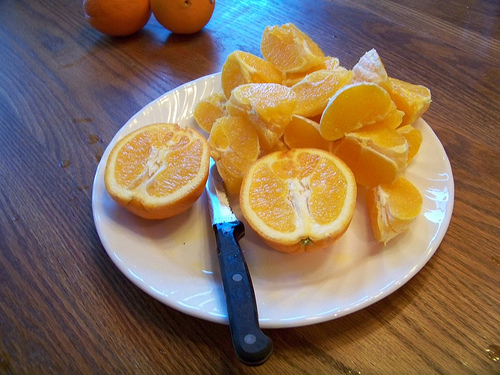 And then the freezing oranges experiment commenced. 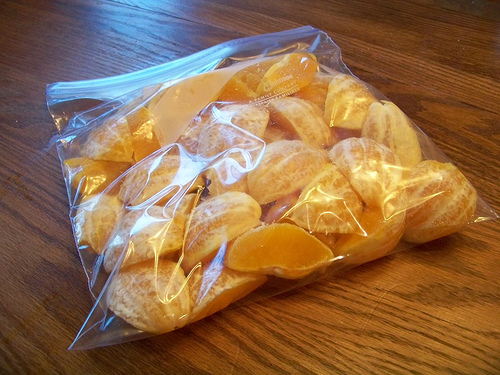 I just cut, peeled, pulled them into pieces and stuck them in a freezer bag. I’m anxious to try them in some smoothies and see how they turn out. I have visions of variations on Orange Cream Smoothies. 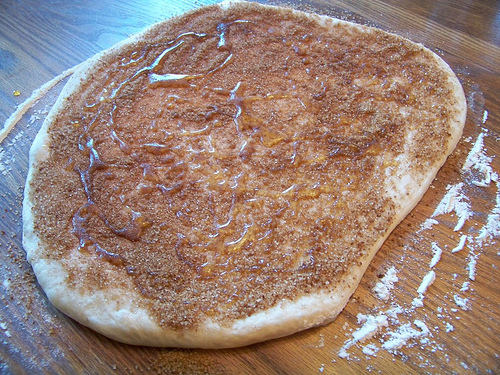 Then it was time to roll out the bread dough for Cinnamon Swirl Bread. I’m happy to report that it actually turned out this week and we ate almost the entire loaf for dinner.

I spent the rest of the evening making granola, finishing our homeschool lessons for the day, playing with the children in the snow, cleaning up messes and more messes (!), getting dinner on the table, helping Jesse shovel the mountain of snow on the driveway (talk about a workout!) and then we all settled in and read four chapters of On The Banks of Plum Creek before bedtime.

All in all, it was a good day — even if my kitchen isn’t very clean right now and I’m pretty tired!