Home » LITE Feed (non-deal) Posts » If you want something badly enough, you can usually find a way 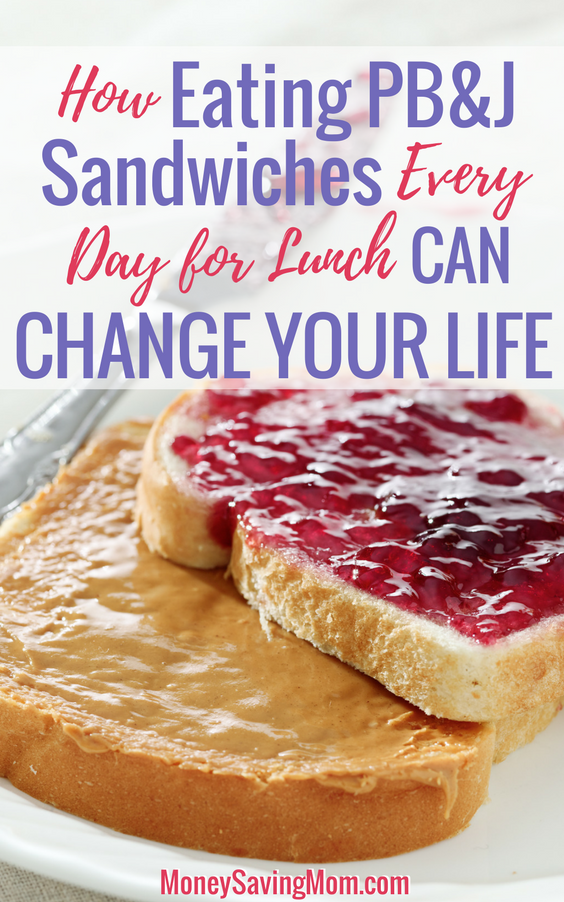 Two weeks ago, I wrote a post on surviving on a $30 per week grocery budget. Many of you found the post helpful and inspiring. But a handful of people really disliked the post.

In the blogging world, that’s totally to be expected. You can’t please and inspire everyone all the time and I’ve learned and grown a lot as a person and a writer from the constructive criticism I’ve received as a blogger.

However, what I found interesting was that most of the people who didn’t like the post got hung up on the fact that I was suggesting you eat peanut butter and jelly sandwiches for lunch every day for a week.

The grocery list and menu I shared was meant to serve as an example that you can eat on $30 per week and still set aside a little extra toward your stockpile so that, within a few weeks, you can have more wiggle room and variety in your diet. I wanted to show that it can be done — if you’re willing to get creative and you’re willing to make short-term sacrifices.

Truthfully, Peanut Butter & Jelly Sandwiches Are Not All That Bad

How Motivated Are You to Get Where You Want to Be?

Where do you want to be financially in a year from now? What about five years from now? What simple short-term sacrifices can you make to help you get there?

If eating peanut butter and jelly every other day isn’t your thing, consider what short-term sacrifices might work for your family. When Jessica and her family were working really hard to get out of debt, they set their thermostat up a number of degrees in the summer in order to save money. Jessica was pregnant at the time and I’m not quite sure how she managed, but their family was highly motivated so they made a lot of sacrifices — including sweating out a hot Kansas summer — so that they could get out of debt much more quickly.

When There’s a Will, There’s Usually a Way

If you want to get out of debt, stay out debt, save more, or give more, it’s likely going to mean making some sacrifices — especially in the short-term. You can’t change your financial situation unless you also change the way you’re doing something.

But you have to be willing to change, willing to cut back, willing to give things up, willing to eat less than gourmet meals, or willing to not have the latest and greatest gadget or gizmo. How willing you are to make changes is directly dependent upon how motivated you are to get where you want to go.

If you want something badly enough, you can usually find a way. It won’t always be easy, fun, or glamorous to make short-term sacrifices, but it will be every bit worth it.

What simple, short-term sacrifices is your family making to get where you want to be financially? I’d love to hear!