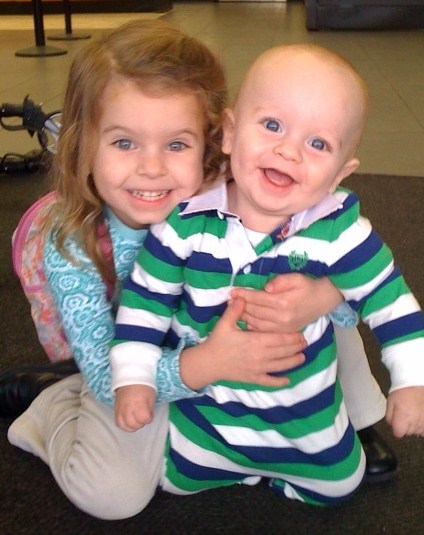 We had a wonderful trip to San Diego last week, but it was not without a few mishaps–one which cost us pretty dearly.

We'd watched the sales, compared lots of prices on many different websites, and ended up getting an excellent travel deal through Travelocity for our trip package. To further sweeten things, we had shopped through ShopAtHome during their double cashback days around Thanksgiving so we also got a nice refund on our travel purchase.

And we were paying with cash we had set aside for this celebratory vacation, so we were feeling pretty happy about how inexpensively we were pulling off this trip to San Diego. We should have known better than to be patting ourselves on the back, though, for we were about ready to make a silly and costly mistake–all in an effort to save more money.

We're not seasoned travellers and we've only flown a few times in the last few years so we haven't done a great job of keeping up with the rules and regulations for air travel. The last time we'd flown, we'd brought in our two smaller hand-me-down suitcases and ended up having to pay $80 ($20 per suitcase per flight) to get our suitcases to our destination and back. That seemed like an awful lot of money to pay and we noticed pretty much everyone else around us checked only one large bag.

This time around, we decided we'd get smart. We'd do what it seemed everyone else did when travelling and we'd only bring one suitcase. This would save us $40 and would be more efficient, right?

We used a gift card to buy the largest suitcase we could find and we packed everything in it.  And I do mean everything. Aside from us each having a small carry-on bag, we had packed every article of clothing, all the diapers, and pretty much every other thing we'd need for five people to be gone for six days. Suffice it to say, it was a lot of stuff, even though we tried our best to only pack essentials.

We could barely lift the stuffed-to-overflowing suitcase to get it in the van when we left, but we'd done it–we'd only used one suitcase!

By the time we got everyone out of the van and into the check-in line at the airport, it was only 40 minutes until our flight was scheduled to leave. (In our podunk Kansas airport, there's usually no need to get there early since the lines are short and move quickly.)

We were feeling happy with how everything was going until we noticed that the folks in front of us had their big suitcases open and were rearranging things. The couple next to them had clothes and miscellaneous items all strewn around the floor in front of the check-in counter and they were quickly dumping more out and angrily talking amongst themselves.

It was then that we heard the reason behind all this craziness. The lady at the check-in counter bellowed out: "If your suitcase is over 50 pounds, there's a $145 charge!"

We took our suitcase up to the scale and weighed it. It totaled a whopping 71 pounds. Um, yes, what were we thinking?!

A simple phone call or web search would very likely have let us know days ago that our suitcase was going to be too heavy. But we'd foolishly never taken the time to check.

With about 35 minutes to spare until our flight took off, we quickly surveyed our limited options. There was no way we could lighten up the load in the suitcase by 21 pounds–we'd basically only packed essentials but when you're travelling for six days with three little children, it requires quite a few essentials! And we'd miss our flight and very likely not be able to catch another in the next 24 hours if we waited for someone to bring us another suitcase.

Realizing we didn't really have any other options, we stepped up to the counter, gulped, and paid $145 for that massive suitcase.

Next time we think we're making a "smart" decision based upon what we think we see other people doing, we hope we'll remember our suitcase mistake and stop and do our own research. It just might save us $145–or more!

By the way, we borrowed a carry-on suitcase from FishMama for the way home and we were able to strategically work things so our big suitcase only weighed in at 49.5 pounds!