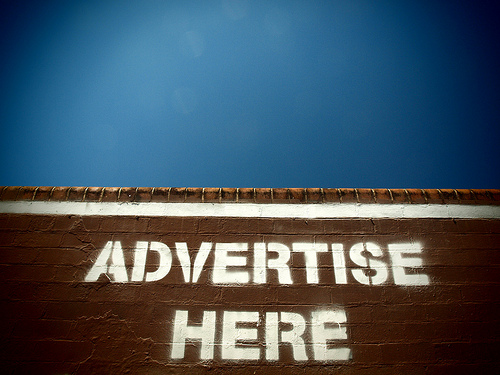 We’ve talked about affiliate marketing and private advertising as ways to make money blogging. Another income stream to add to your blog is to join an ad network.

Instead of private advertising where you have to do all the legwork of selling the ad and setting up the ad, when you join an ad network, you do nothing but sign a contract, put some HTML code on your sidebar, and then get checks.

How much you make with an advertising network will vary widely. I’ve heard of people making as low as $1-$2 CPM (per thousand pageviews) or as much as $15 to $20 per CPM.

However, remember how I said last week that you could charge $0.50 to $1 per CPM for selling private advertising? Well, that’s very much on the low end for ad networks. From what I’ve researched, most people make $2-$4 CPM on average with most ad networks. If you’re just starting out selling private advertising and haven’t had enough demand to warrant raising the price, you will very likely make more with an ad network than you will with private ads.

My Christmas series paid very well and I never would have gotten that opportunity had my ad network not made the phone calls and coordinated the details to close that deal. Since they are working with multiple bloggers, they are able to attract advertisers with big advertising budgets–something I’m not usually able to do on my own.

Ad Networks Give You Less Control

I finally discovered that Federated Media would give me a say and joined their ad network early last year. While some unapproved ads have slipped through the cracks on occasion (due to hiccups with their ad placement system), they have been exceptional about removing any campaigns immediately if I request it. From what I’ve heard, most ad networks are not always so compliant.

Ad Networks Can Be Difficult to Get In With

It took me a number of months and persistence, plus a kind friend giving me a shoe-in, before I was able to get in with Federated Media. The best ad networks often have a long waiting list and few openings.

Things to Consider Before Joining An Ad Network:

::Will they offer you a guaranteed CPM rate? Most ad networks that are actively “courting” bloggers are new or struggling. They’ll make you all sorts of great-sounding promises, but very few are willing to back those up with a guarantee in writing. If an ad network will only guarantee you pay of around $2 or less per CPM on average, you will probably do better to just stick with using Google Adsense on your sidebar.

::What are the terms of the contract? Is it an exclusive agreement that would bar you from being able to run private ads or affiliate ads? If so, don’t agree to it. How do you get out of the contract? Have these details in writing ahead of time so you don’t get stuck in some bad situation.

::Will you have control over the ads they run? If you run a blog on healthful eating, you probably don’t want McDonald’s Big Mac ads running on your sidebar. Sending mixed messages to your readership is a quick way to lose your integrity. Make sure that the ad network promises in writing to remove ads you deem to be inappropriate for your blog.

::What do other bloggers in the network think of it? One of the best ways to determine whether or not a network is right for you is to go find other bloggers who are a part of the network and ask them how it is working out for them. You might find that what the ad network reps promised you on the phone is entirely the opposite of what bloggers in their network are actually experiencing. Firsthand knowledge is priceless and could save you a huge headache.

Are you a part of an ad network? If so, I’d love to hear your experiences–both good and bad!