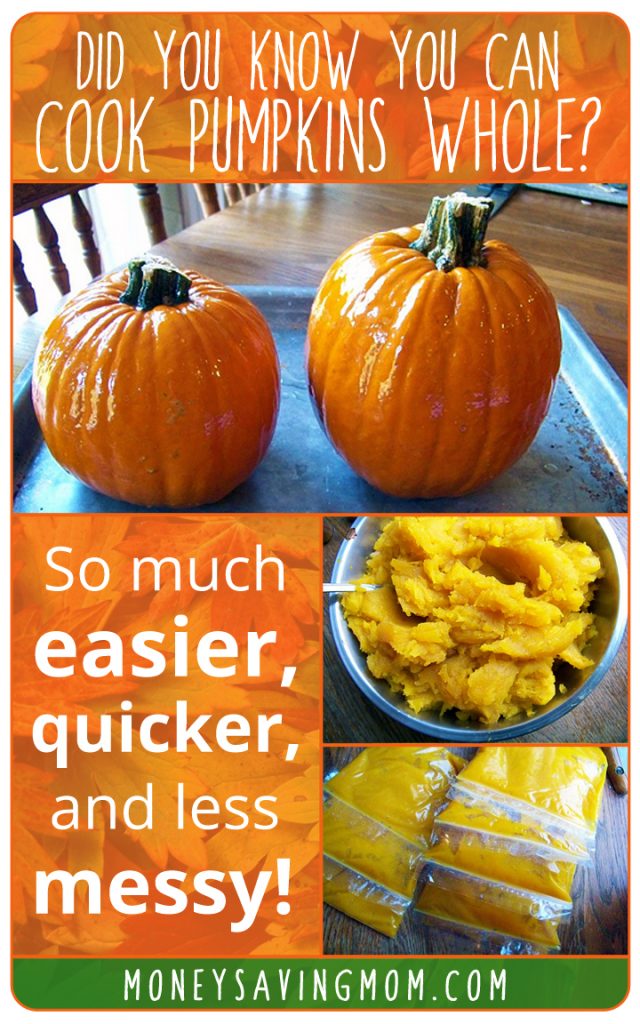 For the last few years, I’ve always just purchased canned pumpkin at Aldi or on clearance after Thanksgiving. And I’ve always had a decent supply of it on hand by buying extras when I found a good deal.

Recently, however, my supply was dwindling and, since our Aldi doesn’t have canned pumpkin in stock yet, I’ve been having trouble justifying spending almost $2 a can for pumpkin. But Fall isn’t the same without baking pumpkin recipes, so what was I going to do?

My friend tipped me off to a sale Walmart was having on pie pumpkins last week so we bought five with the intention of cooking them and pureeing them for the freezer. I decided to do a little experiment and compare how much time and effort was involved in cooking them in the crock pot versus the oven.

How to Cook Pumpkins in the Crock Pot

(original recipe from The Happy Housewife) 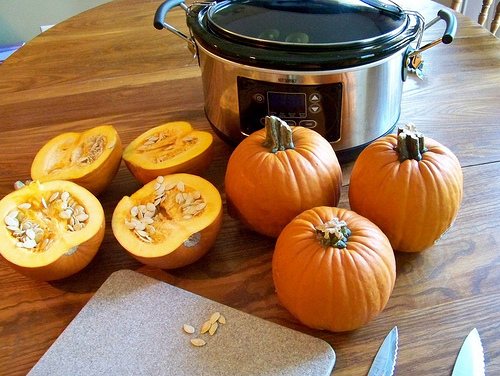 I sliced the softer pumpkins (leaving the harder ones to bake whole so that I didn’t cut off my finger in the process of trying to saw into them!). 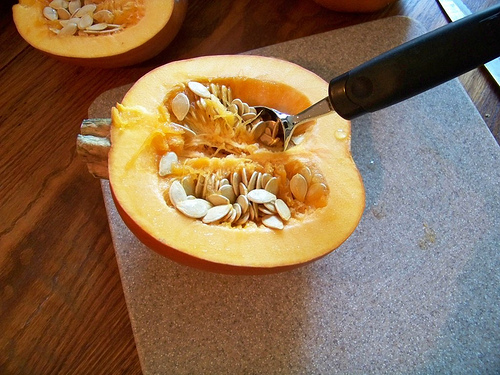 Then de-seeded them with an ice cream scoop. 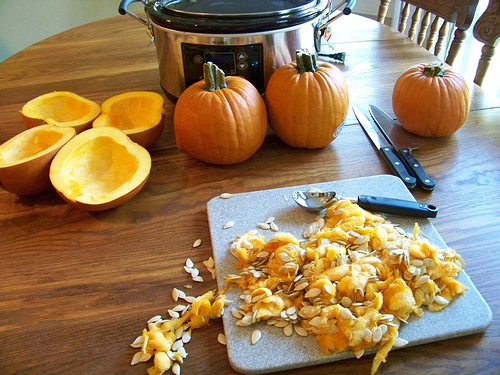 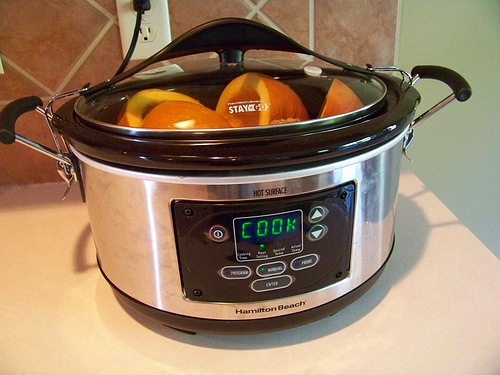 Finally, I put them in the crock pot with a cup of water and turned it on high for four hours.

For much more detailed instructions, see The Happy Housewife’s post on how to cook a pumpkin in the crock pot.

How to Roast Pumpkins Whole in the Oven 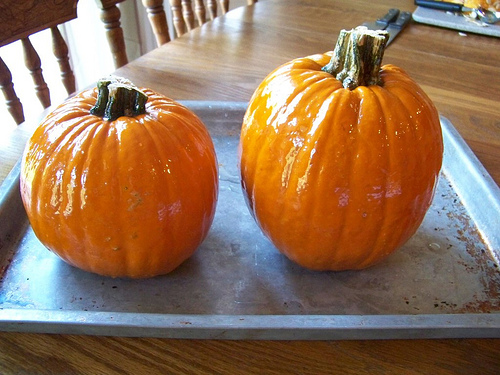 For the pumpkins that I cooked whole, I just washed them off and coated them with coconut oil and stuck them on a baking sheet and roasted them for a little over an hour at 400 degrees.

See more detailed instructions on how to roast a whole pumpkin without cutting it here.

The oven pumpkins were much easier to do (no cutting involved and they were ready a lot more quickly). The seeds and pulp came out easily and I just scraped out the pumpkin with the ice cream scoop.

The crock pot pumpkins were a little more time-consuming upfront because you had to mess with cutting and scraping out the hard pulp. They also took longer and I felt like they weren’t as sweet and well-cooked when finished. (Of course, maybe they just weren’t as good of pumpkins, either?) 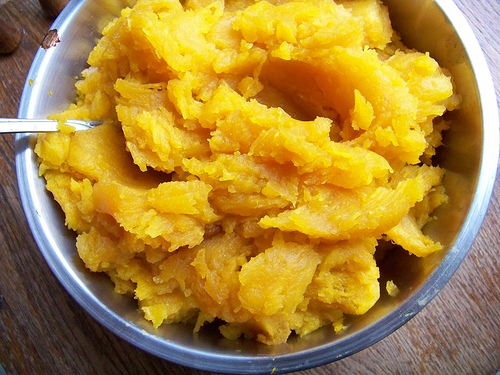 After scooping out the fruit, I pureed it in the Vita-Mix for a minute and then scooped one-cup servings into individual baggies and froze them in a big ziptop bag. 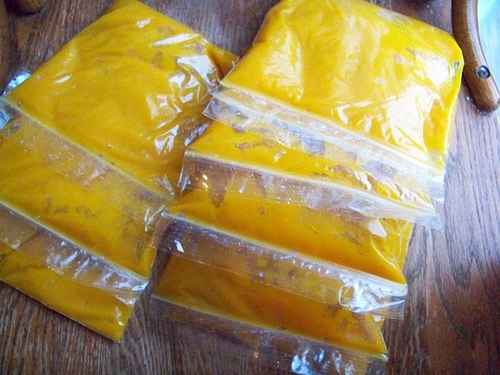 Well, I didn’t quite freeze all of it since I used some right away in the Pumpkin Baked Oatmeal–a recipe we’re looking forward to having for breakfast tomorrow!

All totaled, I got nine cups of pumpkin from the five pie pumpkins, plus seeds to roast. I’m not sure that the time involved made it worth the small savings, but it was a fun project to tackle anyway!