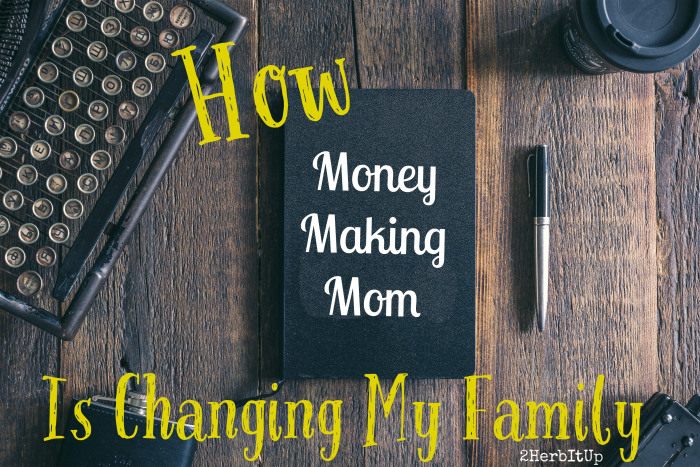 Brigett Holmes has an inspiring post up today on how Money-Making Mom is changing her family. Here’s a snippet:

Have you ever been stuck in a rut?  You had a vision (or maybe you still have that vision), but you just don’t know how to attain it?  Maybe you even started down a path that was sure to lead to your vision, but then something happened, life happened!  Well, I just described myself, but maybe some of you can relate too.

It was almost a year ago when I decided to bite the bullet and start this blog.  It was a decision that had been several years and much prayer in the making.  It was a bold decision, but it was an exciting decision.  I had dreams, a vision, and somewhat of a plan.  I began researching and learning.  It was fun, tiring, and sometimes very frustrating, but it felt right and it felt good to take action!

Then somewhere along the way, life, kids, homeschool, family happened.  And I began to wonder if I had made the right decision.  I knew that

anything worth having is worth the effort to achieve it.

But I began to wonder if maybe I had missed God’s leading or if I just wasn’t supposed to have a home based business.  Maybe my motivations were wrong.  (Tell me you’ve struggled with those same doubts and fears! That I’m not alone.)