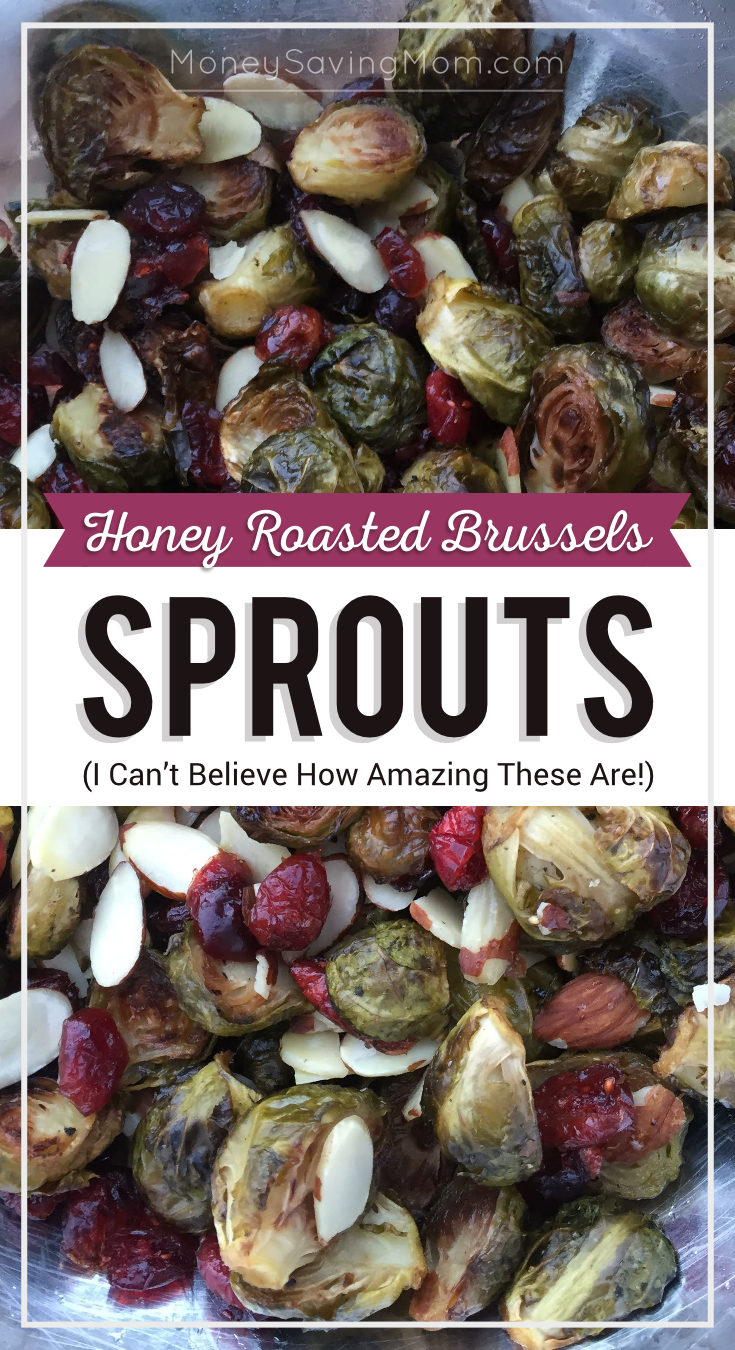 So here’s the honest truth: For years, I thought Brussels sprouts were absolutely disgusting.

There are very few things I can’t stomach (thanks to my mom always making me eat everything on my plate!), but Brussels sprouts were on my very short “Things I Hope I Never Have to Eat Again” list.

That plan was going great until we went over to someone’s house a few years ago and they served us roasted Brussels sprouts. I ate them because I wanted to be polite, not knowing that my whole opinion of Brussels sprouts was going to completely flip on its head as a result of my effort to be polite.

I was hooked. How come I had gone years of my life not knowing about this amazing-ness?? 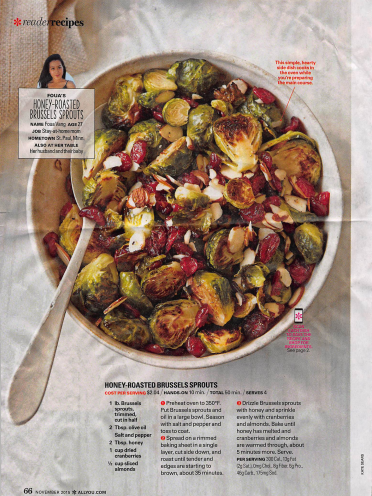 So recently, when I saw this recipe in the latest issue of All You magazine, I ripped it out and set it on the stack of recipes Jesse had on his desk to use for planning next week’s menu. And I hinted around at how amazing they looked.

But that was that.

Until two days ago, when I get done with an afternoon meeting and Jesse brings me this… 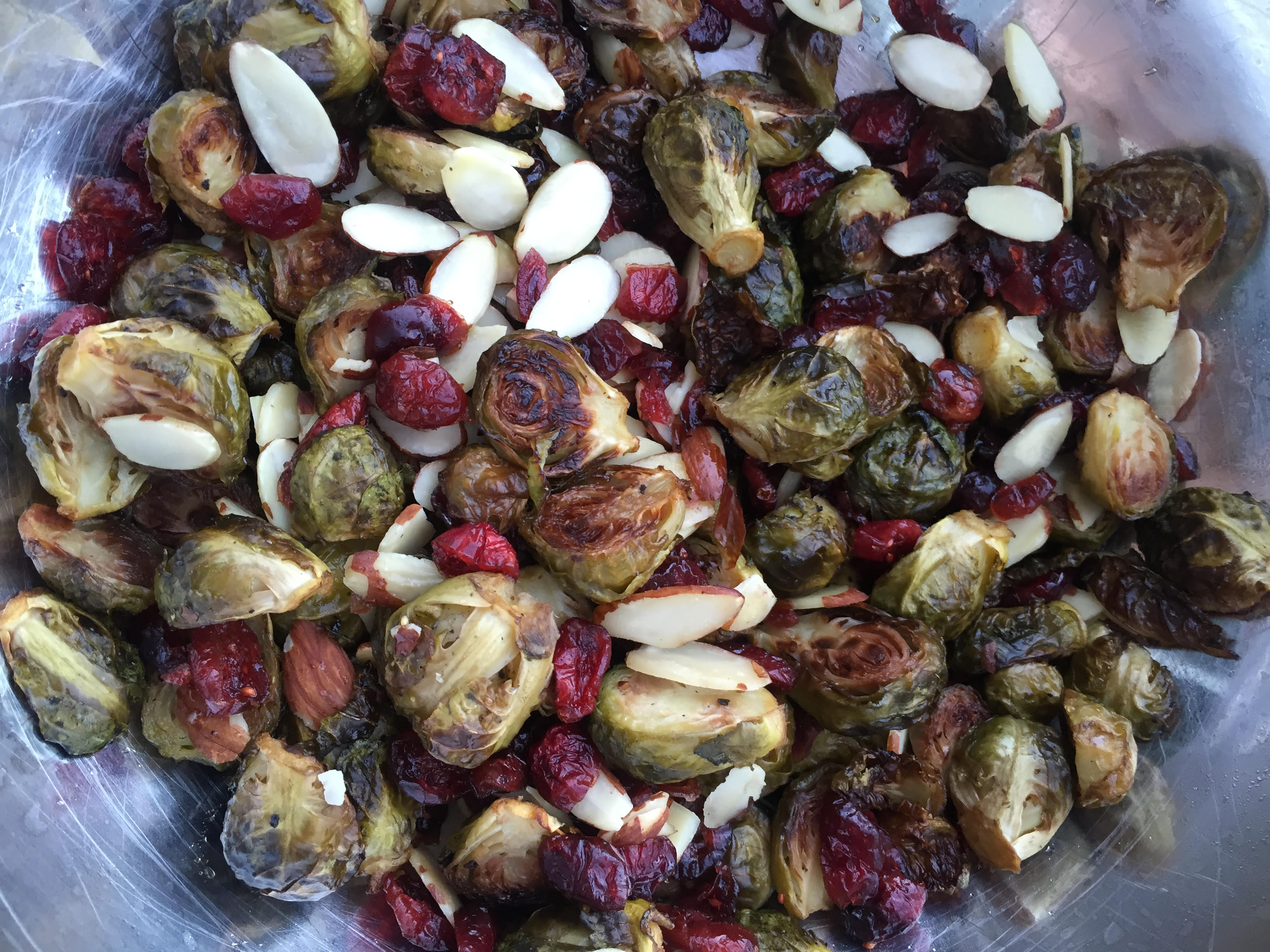 And I about squeal.

My man knows the way to his woman’s heart, that’s for sure.

Also, I still cannot believe I am swooning over Brussels sprouts! It almost feels like I need to apologize for that. Or wonder if I’m on the verge of a midlife crisis or something?! 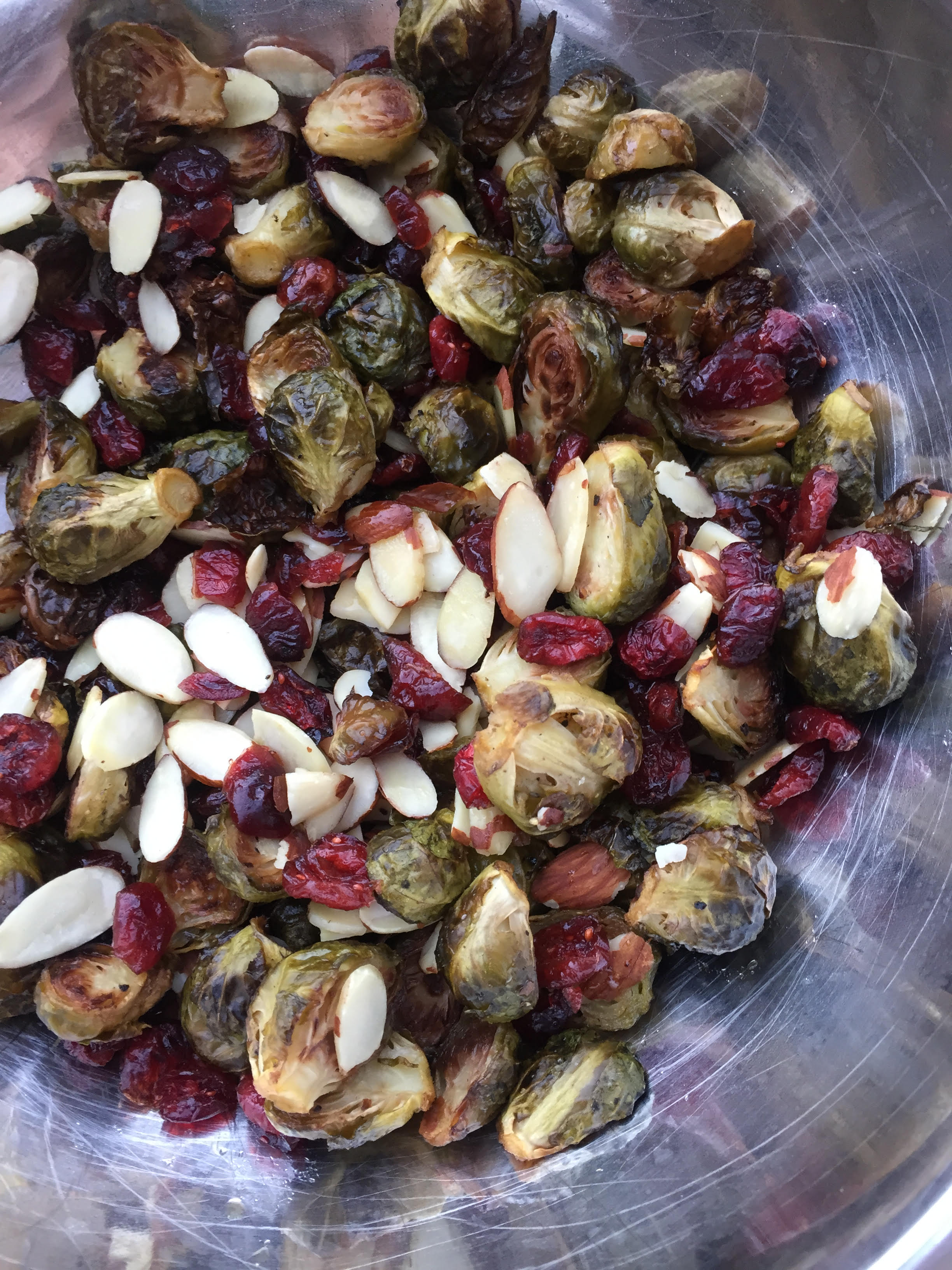 I posted this picture on Facebook and Instagram and so many of you requested the recipe that I wanted to share it here. Since I don’t want to keep a good thing to myself.

{Plus, I’d like to introduce you to this addiction of mine not only because these are so amazing, but also so that maybe the trend will catch on and become more mainstream. Then, maybe, just maybe, I’ll feel less self-conscious about my incessant obsession with Brussel sprouts! :)}

Put the Brussels sprouts in a bowl. Pour the oil over and sprinkle with salt and pepper. Toss to coat and season.

Put a single layer on a cookie sheet, cut side down. Roast for about 35 minutes at 350 degrees — until tender and edges are starting to brown.

Take cookie sheet out of the oven and drizzle Brussels sprouts with honey and sprinkle with cranberries and almonds. Put back in the oven and bake for another 5 minutes — or until warmed through.