I pulled out oranges for lunch yesterday and found that they were unfit to eat… apparently they’ve been hiding in my fridge drawer for longer than I realized. 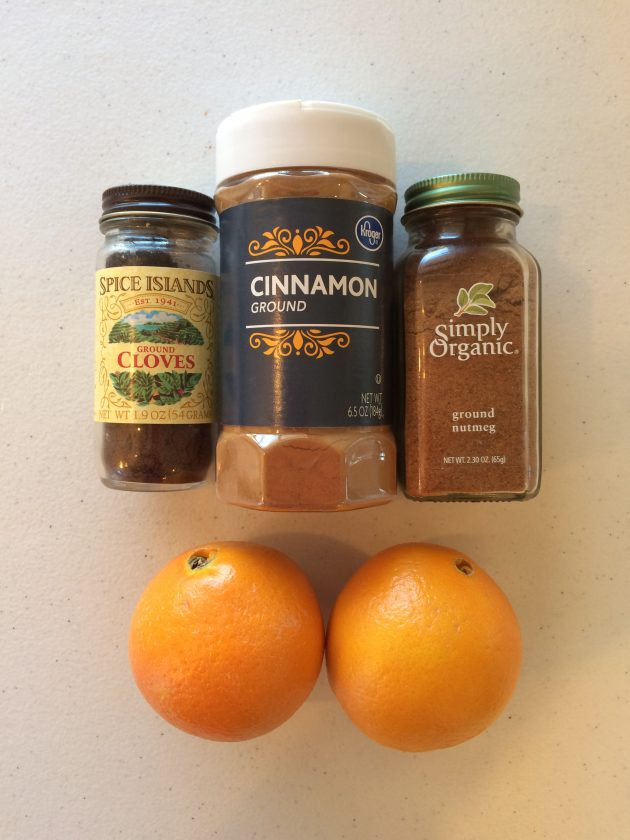 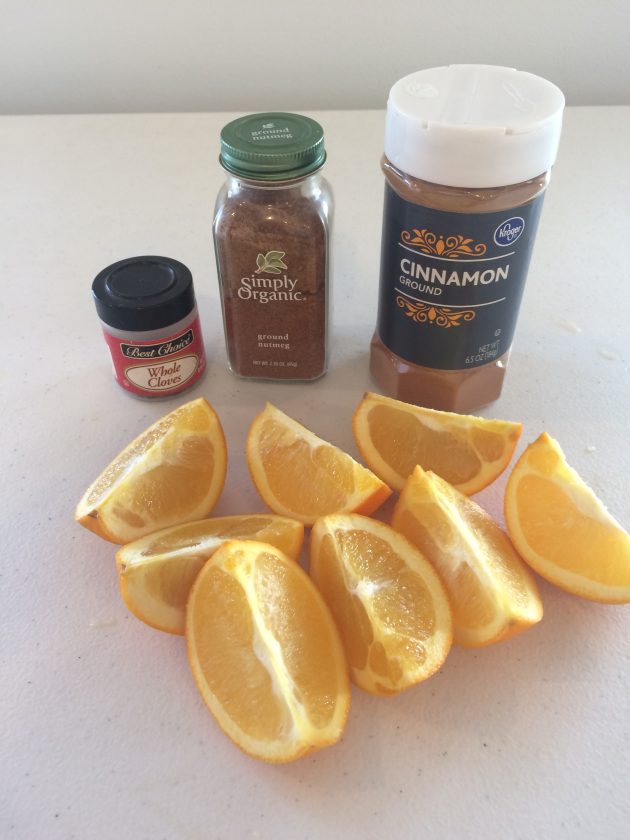 The idea struck me almost immediately: I could whip up some homemade Christmas potpourri with these!

Within two minutes, I had some delicious-smelling potpourri simmering on the stove. It made our whole home smell ridiculously good — like I’d been slaving away in the kitchen all day. 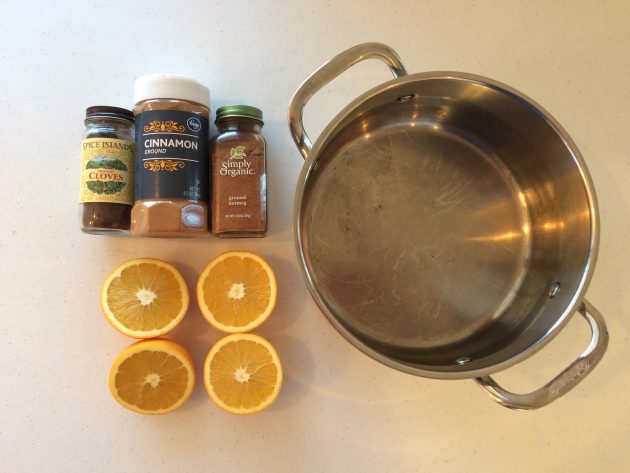 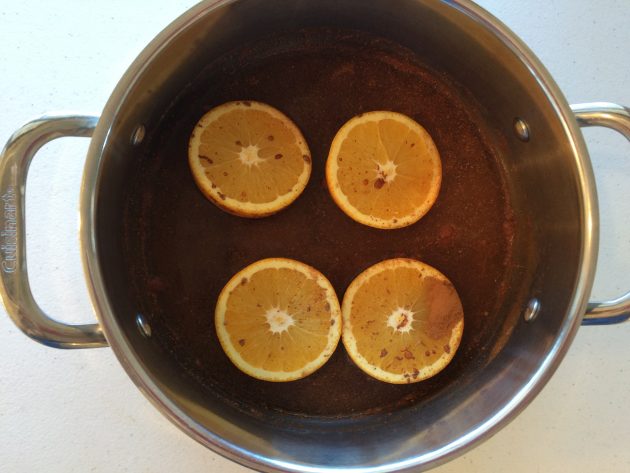 In fact, when Jesse got home, he took one whiff and said, “What smells so good?” I kinda hated to disappoint him and tell him it was likely mostly just the potpourri, not some amazing delicacy I’d cooked. 🙂 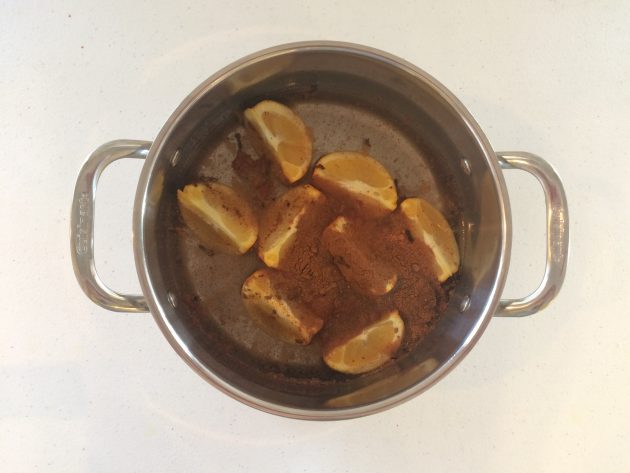 Cut the oranges in half or fourths, put them in a medium saucepan, sprinkle the spices over them, and pour the water over the spices and oranges. Simmer on low four 4-6 hours. Make sure to check the saucepan occasionally to see if you need to add more water. You could probably also make this in a small crockpot, but I’ve not tried it yet. 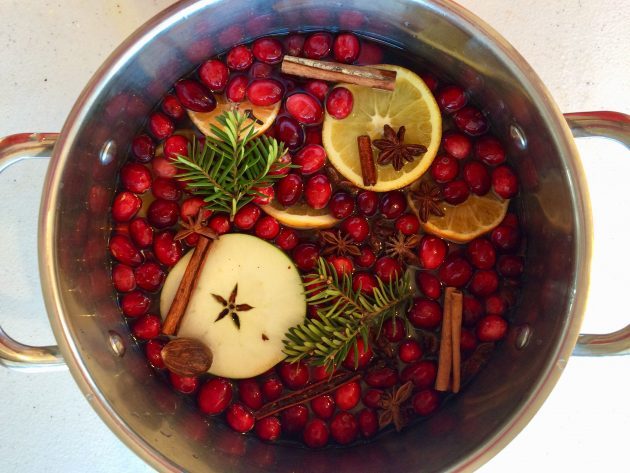 Want to fancy it up a little? Try this version!

Also, be sure to check out Mindy’s recipe for Homemade Christmas Potpourri that you can give as gifts.