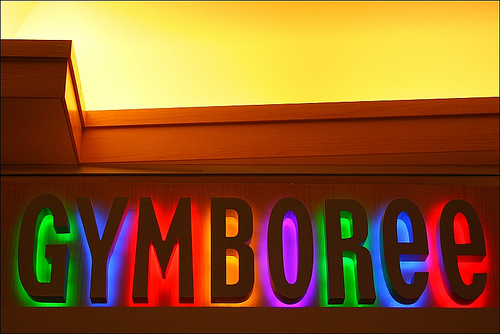 When my son was little, I went to garage sales to buy all of his clothes. I did find some adorable clothes, but I also found many that were out of style, stained, and missing buttons. As he got older, it became harder to find clothes that looked good, and I wanted some good outfits for church, pictures, and other special events.

I began selling on eBay when he was about a year old in an attempt to make enough money so I could stay home with him. About 6 months later, I discovered Gymboree and found I loved their clothes!

However, I did not love their prices. Yet, when I went to the back of the store, I found some clothing that was discounted as much as 80%. Pants that would normally cost $28.00 were marked down to $6.99.  As I frequented Gymboree more, I learned ways to save even more which I wanted to share with you all:

::Buy only clearance items and always use coupons. (Many magazines such as Plum and Parenting Magazine offer 20% off coupons. I subscribe to the Gymbohaven Newsletter to learn what magazines are currently offering coupons.)

Gymboree offers Gymbucks about six times a year. Typically Gymbucks earning periods run about 6 weeks long and redemption periods run about 10-14 days. During the Gymbucks earning period, it is not unusual for Gymboree to have sales where they drop the price of shirts to $3.99, pants to $6.99, dresses to $6.99 to $9.99, and shoes to $4.99. If it is at the end of a season, I always buy my son clothes for next year in a size up from what he is currently wearing. 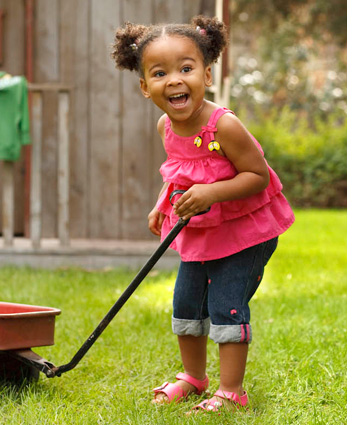 ::Use eBay to make money back on your kids used Gymboree clothes. Even though it is possible to dress my kids (now I have a newborn daughter to dress in their adorable clothes too), for a fraction of the cost of retail at Gymboree, it is still not that frugal until eBay is added in.

For the last few years, once my child has outgrown his Gymboree clothes, I sell them on eBay, usually for the same price I bought them for or sometimes more than I paid! For instance, when my son was two, I fell in love with a pair of black corduroy overalls with a train on the front. I bought those and a matching turtleneck and socks (both with the train image on them) and spent approximately $22 on this outfit, and he wore it for his pictures, for Christmas, and to church.

After he had outgrown it, I sold it on eBay for $24.95! Basically, he wore this adorable outfit for an entire Winter and then I got all of my money back. I dressed him for free!

A few tips for selling your children's clothing on eBay:

::When buying at Gymboree, make sure to avoid plain items. For example, I bought my son a blue striped tee shirt and khaki shorts. Even though it is cute, because it is plain, I am having a hard time selling it on eBay.

::If possible, try to buy a set of clothing. Each line of clothing that Gymboree makes has a specific theme. The overall outfit I mentioned earlier was part of a line called “All Aboard.” Because I bought all the pieces with the train on them, they were more valuable for resale on eBay.

::Be aware that eBay shoppers follow the same seasons as retail stores. So, for instance, in February and March, when it is still cold, shoppers on eBay are snatching up Spring and Summer clothes.

If you try to sell your used Summer items in May or June when kids will actually use them, you won’t make much money because most parents already have their kids’ Summer wardrobe. By July and August, they are moving on to buying Fall and Winter clothes. 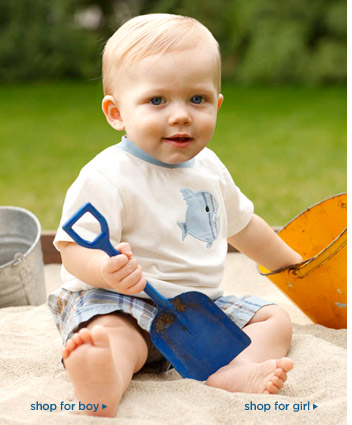 ::If you have several kids, consider opening an eBay store. Part of my success comes from the fact that I have an eBay store and can just leave my son’s clothes in my store until they sell at the price I want. However, if you do open a store, there is a $15.95 a month fee, so I would only recommend this for some one who has three or more children with clothing to sell.

::If you do not want to open a store, sell your clothing at auction. Some people believe that if you start your auction at $0.99, you will get more bidders and will sell your items at a higher price. I usually do not find this to be true.

Instead, if you want to make sure you recoup the majority of your purchase price, I would recommend starting with a price of at least 50% of what you paid. So, if you bought a dress for $9.99, I would start the auction for at least $4.99 and offer a "Buy It Now" option of say, $12.99 (assuming the dress is in very good condition).

::Make sure your auction description is precise. I bought a four-piece set of Janie and Jack clothing (the upscale sister store of Gymboree owned by Gymboree) for my son off of eBay two years ago for approximately $18.00. I got it this inexpensive because there was a small hole in the knee of the pants.

I stitched up the hole, and my son wore this outfit for two Winters. I just sold it a few weeks ago for $12.99 even though I honestly stated in my auction that it had the mended hole in the knee and two small stains on the shirt (compliments of my son). Because I gave an honest description of the item, the buyer left me positive feedback and was pleased with the transaction and so was I. My son wore an outfit for two years and it only depreciated $5, despite the addition of stains.

Gymboree is not your only source for buying Gymboree clothing. I have had good success buying gently used Gymboree clothes from second hand childrens' clothing stores and then selling them on eBay after my son outgrows them.

If you remember the buying cycle, eBay can also be a good place to pick up used Gymboree clothes, as well. I have purchased several of my son’s Summer outfits in May or June for a very reasonable price because the seller didn’t sell within the correct eBay selling season and there are just not that many buyers for Summer items sold in June.

I hope that these tips and ideas have encouraged you that it is possible to dress your child in Gymboree clothing without breaking the bank. And if you do it right, you can dress your child for free!

Melissa has owned and operated an eBay store, Lake Michigan Treasures, for the last four years. She lives with her husband and two children in the Midwest and is constantly trying to find ways to save money without skimping on quality.

Photos from Gymboree.com unless otherwise stated.