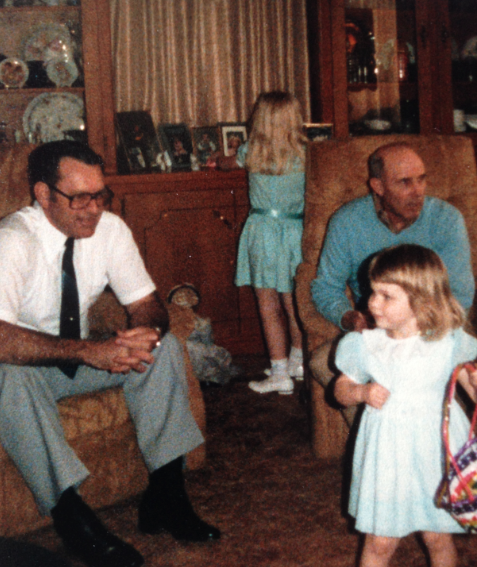 {Both of my grandpas with me as a young girl on Easter.}

TIAA-CREF recently surveyed a number of grandparents and grandchildren across the country. I was interested to read that this was one of the findings from their survey:

We discovered that grandchildren not only want to talk to grandparents about money and savings, but also that they view their grandparents as positive role models when it comes to the importance and ability to save money.

I so agreed with this, because I attribute much of my own personal financial success to my grandparents — my grandpas especially. My parents were highly, highly instrumental in shaping my thoughts on finances, debt, spending, and saving, but it was my grandparents who first laid the foundation for them.

There is so much I could share about how my grandparents impacted me. My grandmas taught me so much and set such great examples for me in many areas. But when it comes to finances, it’s hard to think of anyone who has impacted me more than my grandpas.

Here are six things my grandpas taught me about financial success:

1) Be a Disciplined and Diligent Person

Both of my grandpas have lived lives of productivity.

My dad’s dad (whom we affectionately call “Pop”) was one of the hardest working men I’ve met — right up until he passed away. He was usually up before 6 a.m. and he’d go out and walk and then start in on his day. Even after he retired, he never stopped working. He was always fixing things, building things, and looking for people to help.

My mom’s dad, Grandpa Duane, is still going strong. He keeps everything in their home and in his shop in meticulous order. He cares for his wife, my step-grandma, and is always thinking of others. It amazes me how much he does, even in his eighties! In fact, just recently, he was out on my parents’ property flying one of his planes. I hope that I’m still as active and driven as he is when I’m a great-grandma! 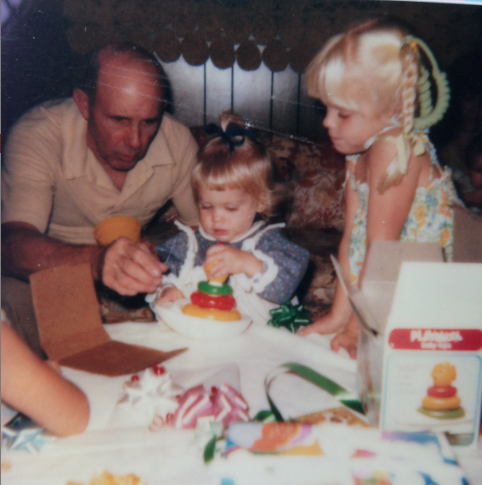 {Pop helping me with a present I’d just opened for my birthday while my older sister, Brigette, looks on.}

2) Save Your Money Carefully

I can’t think of any time I’ve seen either of my grandpas spend money frivolously or extravagantly. Every purchase they’ve made has been made carefully. Time and time again, I’ve seen them wait to buy something they wanted until they had saved up for it and were sure they were getting a good deal.

At the same time, I’ve also seen them be generous with their wives, their children and their grandchildren. I truly believe that the thought and intention they put into wisely managing their money gave them the opportunity to be able to bless others more.

3) Never Pay Full Price for Anything

I remember when Pop passed away and we were going through his house, we found multiple brand-new pairs of the same kind of shoe he always wore. We were curious what this was about until we realized that he’d found a great sale on them (they still had the clearance prices on them), so he’d bought extra for the coming years.

Not only do I love this story because it shows his wisdom in always planning ahead, but I also love it because it shows how simple he liked to keep things. He always wore the same kinds of clothes and shoes and once he found a brand/make that worked well and held up, he just stuck with that.

We’d often tease Pop about how he would buy extra of items like peanut butter if they were on a great sale. Looking back, I’m pretty sure he’s somewhat to blame for my bargain-shopping nature. And I’m incredibly grateful for the example he set and all the money he’s inspired me to save over the years! 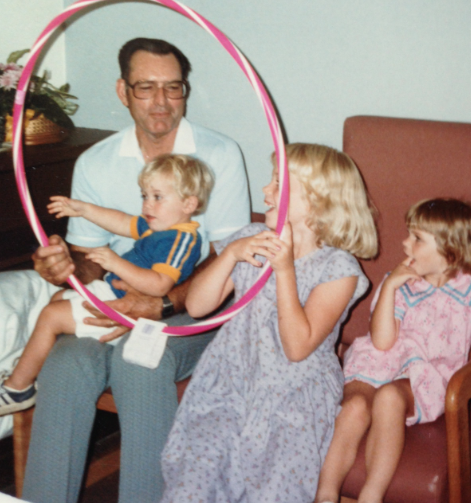 {Grandpa Duane with my brother, Dustin, my sister, Brigette, and me — yup, fingers in my mouth and all! ;)}

I’ve observed both of my grandpas purchase a house in my lifetime. In both cases, I saw them think through the purchases very carefully.

They took their time. They asked for counsel of others. They considered their options.

And they didn’t just run ahead and get something because it looked like a great option. They wanted to make sure it was the best option. And in each case, the time and thought they put into these big purchases turned out to serve them well.

My grandpas were experts at this! Why buy something new when the old one will do just as well? They took very good care of all of their possessions and made them last as long as they could. And it’s amazing how long they could make something last!

We would often joke with Pop about the fact that maybe he should replace his hole-y sweat pants or t-shirts, but he’d keep wearing them until they were completely and 100% worn out. While I haven’t quite gone this far, I do wear and wear and wear my clothes and shoes, usually until they are very well-worn. And this not only simplifies my life, but it saves us a lot of money. 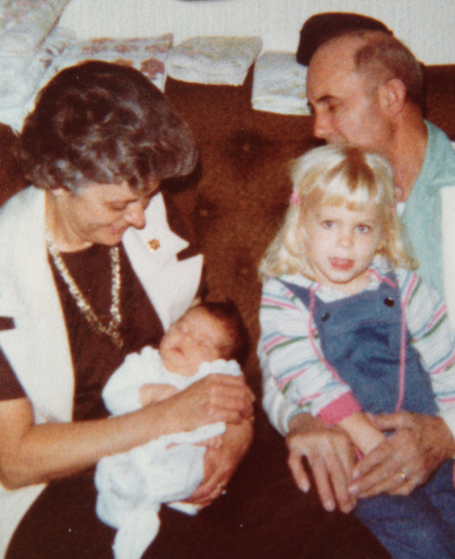 {My dad’s mom holding me for the first time while Pop looks on and holds my older sister, Brigette.}

One thing that Pop ingrained in my dad was that you should never go into debt for anything except a house. From the beginning of my parents’ marriage, they followed this principle.

And then they took it one step further.

When I was around six years old, my parents decided to do something radical and work hard to pay off their house. They then saved up everything they could.

When I was ten years old, we sold that house and bought land out in the country. My dad bought an old single-wide trailer for a few thousand dollars and moved it to the land.

The trailer didn’t have an oven, didn’t have heat or air conditioning, leaked crazily every time it rained, had a bad mice problem, and was in fairly disgusting shape when we got it. But after days of elbow grease, we got it in livable shape, moved most of our possessions into a storage unit, and moved the basic necessities into that trailer.

We spent seven months in that trailer while we were building our house. I could write a book of stories from that experience. But most all of the memories are very happy memories and I wouldn’t trade the experience for the world.

At the end of seven months, our new house was finished enough that we could move into it. And it was a huge celebration to make it to that day… and for my parents to have realized their dream of building a house debt-free.

Let me tell you: Pop’s encouragement to my dad to never go into debt except for a house and then seeing my parents take that advice and go even further with it, well, that has a profound effect on you as a child. Especially when you then see your parents go on and be in position to be able to give generously because they worked so hard to no longer have a house payment.

Truly, my husband and I owe so much to our parents and grandparents. I know beyond any shadow of a doubt that we would never be in the position we are in financially nor would we have paid cash for our first house were it not for my grandparents influence and examples. And we are eternally grateful.

Want to start a conversation between your kids and their grandparents about money and finances? Or are you a grandparent who would love to know how to talk to your grandkids about money? Check out these free downloadable resources for tips and ideas to start the conversation.