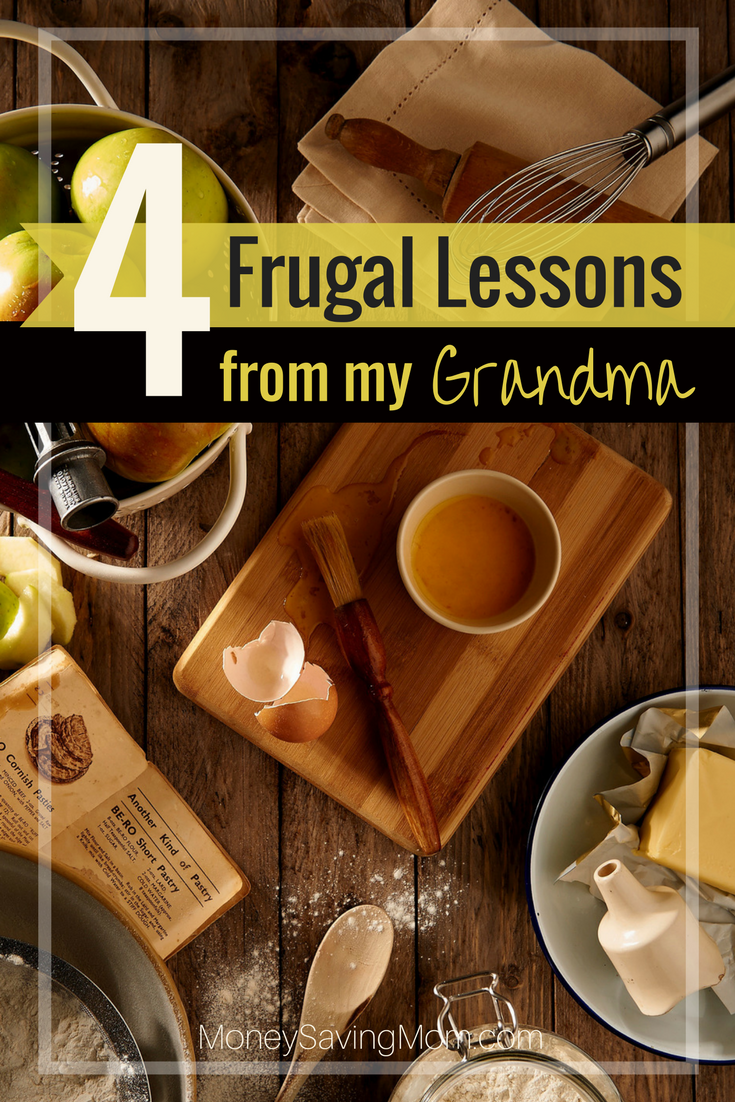 My grandmother is a sweet, 97 year old Southern lady who has never worked a paid job in her life. Yet I found myself thinking of her recently as I finished up writing a book about frugality and money management. As it turns out, I learned a lot about money from her quiet example… here are just a few of those lessons.

When I visited my grandmother, I was not offered gifts and we didn’t go shopping. Instead, I was given the gift of her time.

I got to “help” her bake biscuits from scratch using an antique wooden dough bowl. I would watch, hypnotized, as she made a well in the flour, mixed in buttermilk and lard, and shaped perfect, fluffy biscuits by hand, miraculously identical in size.

We would do simple household chores together, feed the chickens and weed the garden, and I would ride my bike up and down her village with my cousins.

My grandmother had three children, all of whom live nearby, but in fact she birthed five babies — two of them not surviving infancy. If you ask her how many children she had, she always said “five”, not “three”.

She was married to the same man for 70+ years, caring for him in her home rather than letting others take on this task.

A stream of grandchildren, dozens of great-grandkids, and even great-great grandkids run through her house constantly. Even grown-up neighborhood kids, who moved away from the tiny village years earlier, stop by to visit and check up on ‘Ms. Huggins’.

I’ll never forget my grandmother opening her door to an older lady known as The Cat Woman. Though obviously mentally ill – she lived with dozens of cats – Grandma offered this woman conversation and hospitality. After she left, we would have to air out the house and Lysol the chair she sat in due to the smell.

Though my grandmother was never wealthy by any stretch, she always had something to offer someone in need. Whether a meal and glass of her famous iced tea or a wad of cash, she invested in other people.

Growing up in the deep South in the post-Depression era, my grandmother had many habits that hearken back to that time.

She never heated her entire house in winter, only the living room where people gathered to visit (the kitchen stayed warm from cooking). I remember crawling into her bed in the winter, my teeth chattering and my breath visible! After a few minutes, however, I didn’t know the difference, as she put me to sleep telling me the old-fashioned stories that were told to her as a child.

Grandma also didn’t take a bath every day, but before slipping into bed, she washed her hands, face, neck, and feet – a habit I’ve kept until this day.

Meals didn’t have to include meat, but peas and beans along with vegetables made up the bulk of her diet. Grandma also hung laundry on the line, kept chickens for their eggs, and had a thriving garden. 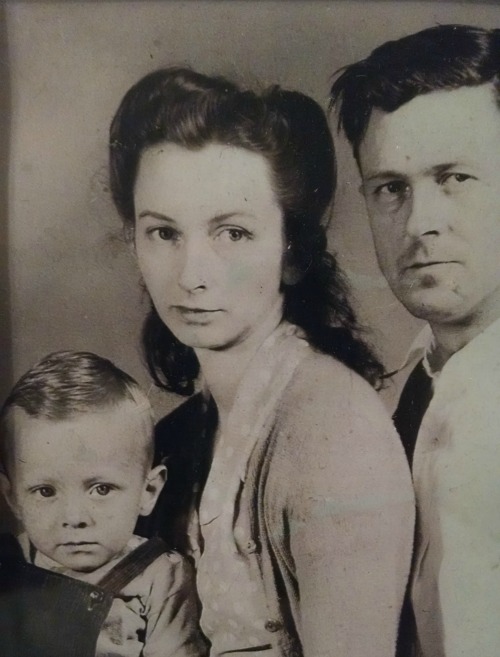 What did you learn about frugality and money from your grandparents?

Carrie Willard is a blogging, homeschooling mom of 7 and author of: The Temporary Tightwad: Radically reduce your spending, meet a money goal and change your life forever.