Yesterday’s Freezer Cooking Session was so simple that it’s hard to even say it qualifies as a Freezer Cooking in an Hour session. And I guess that’s the beauty of letting your appliances do the work for you. 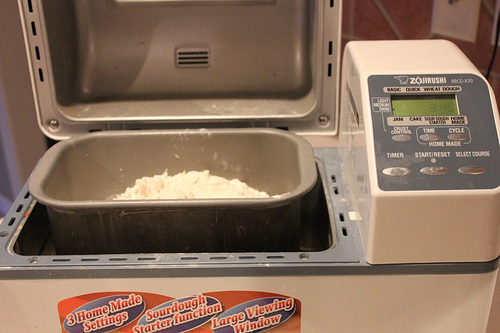 I stuck all of the ingredients for the Bread Machine Cinnamon Rolls in the bread machine. 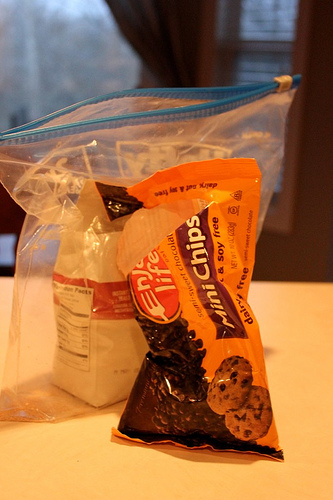 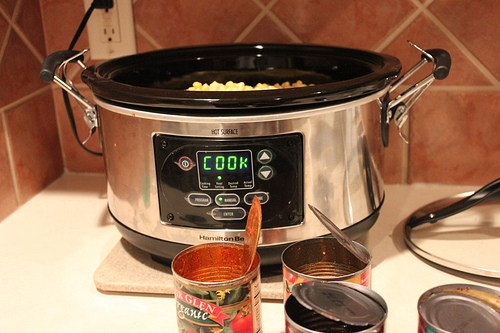 And then I dumped all of the ingredients for the Southwestern Slow Cooker 2-Bean Chicken in the crockpot. That was just about the easiest recipe known to man… er, woman. 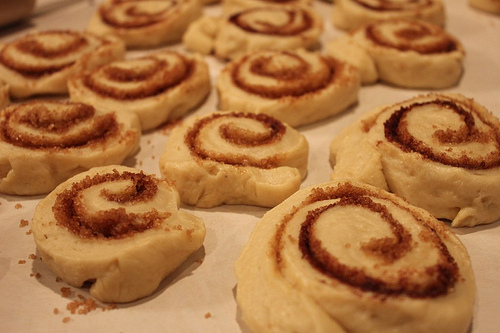 A little while later, I came back and rolled out the Cinnamon Rolls, let them rise, and baked them.

A few hours later, I turned off the crockpot. And I was D-O-N-E with this week’s freezer cooking. Talk about simple, it almost seems a little hypocritical to label it as a Freezer Cooking Session.

Southwestern Slow Cooker 2-Bean Chicken — So easy, but we thought it was somewhat lacking in flavor. Anyone have suggestions or ideas on things I should try adding next time around?
Bread Machine Cinnamon Rolls — These are SO good. If you haven’t tried them, you are seriously missing out. Just sayin’.

Did you do any freezer cooking this week? If so, tell us about it!