Before I tell you about June’s Do-It-Yourself Experiment, I first promised an update on the Homemade Laundry Detergent. I don’t love it, but it’s working alright. I’ve learned that I have to put it in, turn the water on and let it run and dissolve before putting the dirty laundry in to wash.

It washes just fine, but the clothes don’t quite seem as fresh or smell as great as they do with regular laundry soap. At this point, I don’t like it enough to use it full-time from here on out, but I would definitely use it if I can’t get great deals on laundry detergent. 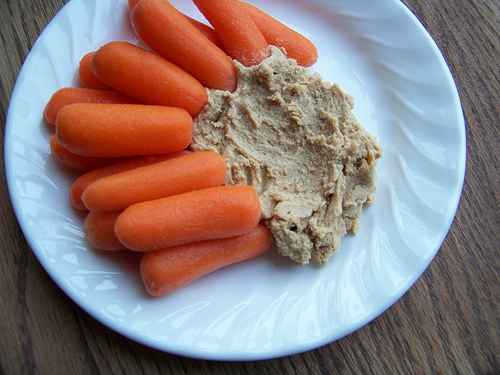 And now for the hummus experiment… can I just say how amazing I felt to make homemade hummus using homemade tahini and chickpeas I boiled? Yes, I know, I’m weird like that.

But seriously? Making every bit of this from scratch was exhilarating.

I used this recipe here for the tahini. I ended up roasting the sesame seeds just a wee bit much and this gave it a very strong roasted tahini flavor. Not sure I’m a huge fan of tahini — especially roasted tahini — but it was still cool to make.

The hummus was super simple to make (I used the recipe from Simply Recipes). I ended up doing it in my Vita-Mix and that seemed to work well. Except I was a little worried I was going to burn the motor up since the hummus was definitely thicker than the smoothies we usually make. It began steaming and got very hot, but the Vita-Mix pulled through without a hitch. 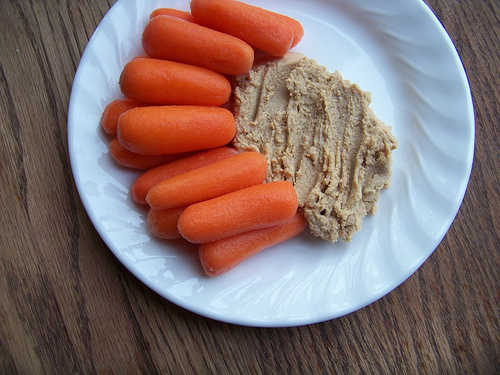 The end result was pretty good. I’m very sure it was not the best hummus I’ve ever tasted, but the strong roasted tahini may have had something to do with that. 🙂 I definitely plan to try more hummus recipes in the future and hope to find one that is just amazing.

Have you tried any new do-it-yourself experiments recently? If so, I’d love to hear about them in the comments.