Those of you who have been following my blog for the past few months know that I’m challenging myself to do 12 Do-It-Yourself Experiments in 2011. So far, I’ve been loving this!

By the way, we’ve used the Homemade Dishwashing Detergent for a month now and it’s worked really well. There’s just something about scooping out dish detergent that I mixed up myself instead of buying in a package from the store which just gives you a real sense of satisfaction.

And I’m surprising myself at how much I’m liking it. I’m getting ready to do a cost-comparison to see if it’s worth continuing to do. I’m seriously considering it, but I want to break down the price per load versus what I pay for storebought detergent. 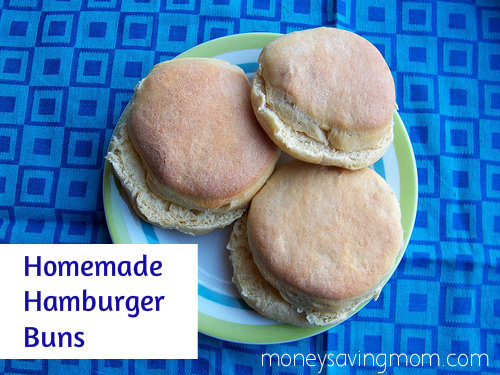 This month’s experiment was making Homemade Hamburger Buns. I decided to go with this recipe from Food.com that a reader left as a comment. 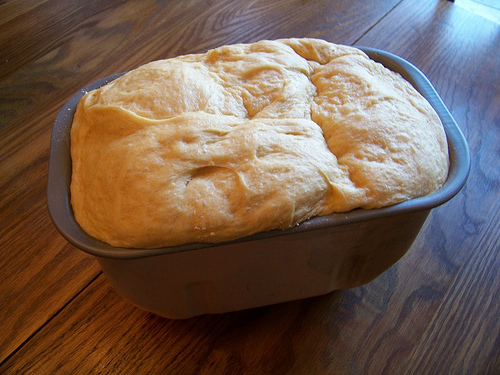 It was really simple to do — especially since I used the bread machine to mix up the dough. The only change I made to the recipe was to substitute turbinado for the sugar. 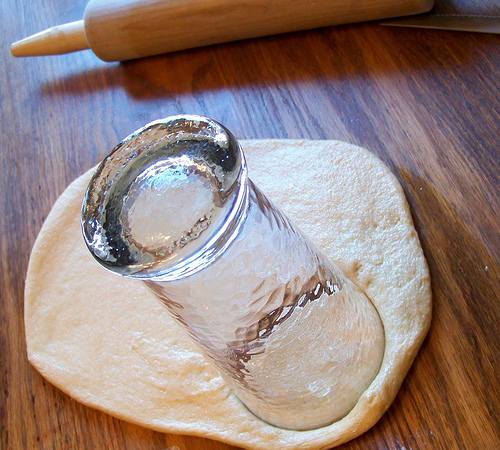 After the dough was finished in the bread machine, it took me a little less than ten minutes to roll these out and cut them into buns. And then I let them rise and I cooked them. 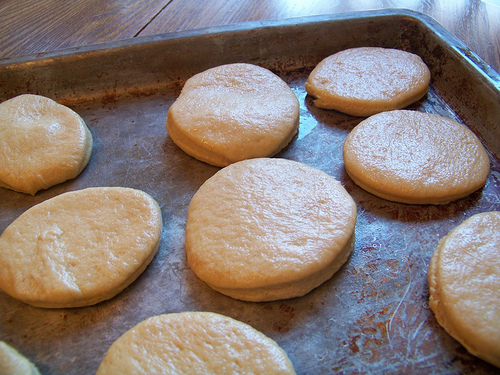 I still need to perfect my hamburger dough-shaping abilities, as these didn’t look like beautiful hamburger buns you’d see at the store. But they were decent and they tasted quite delicious.

The jury’s still out on whether I’ll continue to make these. Since Dollar Tree now often carries Nature’s Own hamburger buns for just $1 per package and I can also sometimes get organic hamburger buns at the health food store reduced to just $1 per package, I’m not completely convinced that this is a money-saving do-it-yourself idea for me — especially when you factor in the costs of heating the oven, running the bread machine and the time involved in making these (at least 15 to 20 minutes from start to finish). 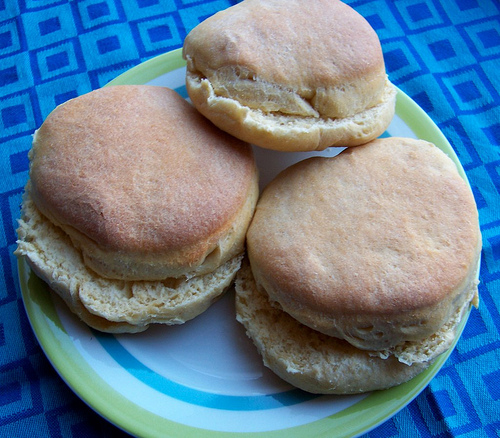 We’ll see. One thing’s for sure: if we ever want to have hamburgers and I don’t have any hamburger buns on hand, I’ve got a back-up plan! 🙂