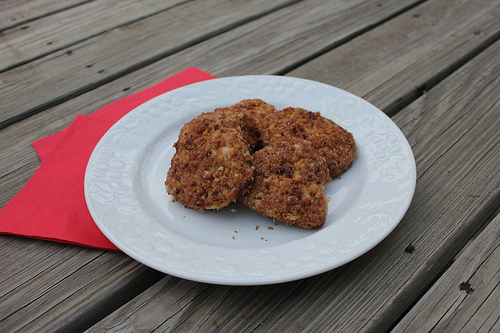 I saw this recipe for making “Cinnamon Rolls” in the crockpot the other day and I was very intrigued. So naturally, I had to try it for myself.

But in typical Crystal fashion, I had to tweak the recipe a bit, too. 🙂

I was really happy with how they turned out. They were yummy, easy to make, and with the alterations I made to the recipe, they are good for you, too. Best of all, we had hot biscuits without heating up the house!

Now I’m all inspired to try making other breads in the crockpot! 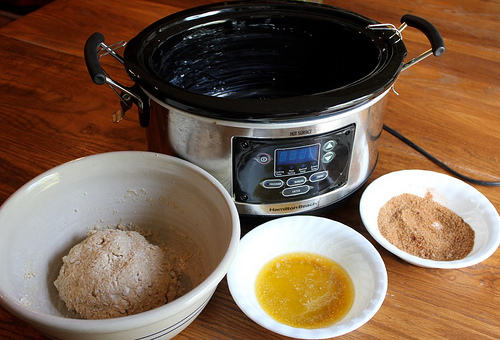 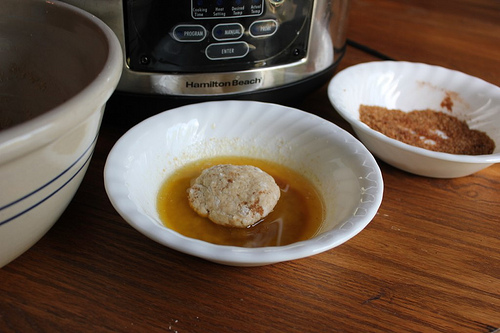 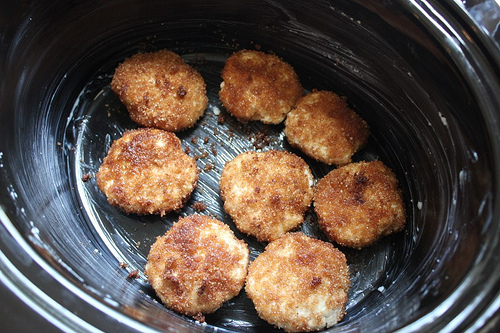 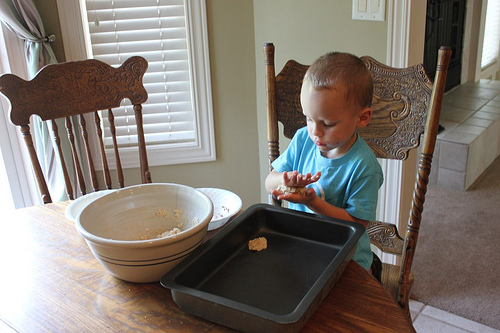 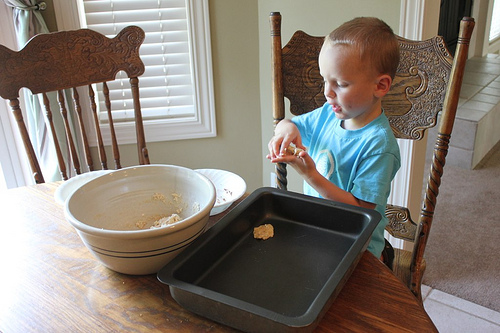 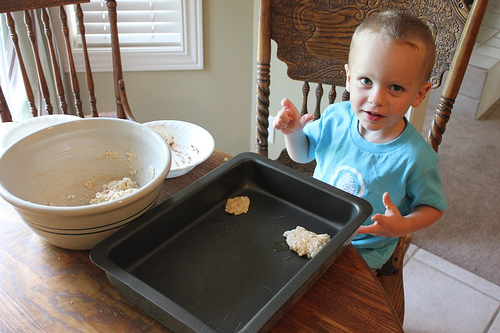 I let Silas make his own biscuits with some of the leftover dough!

While the original recipe calls these Cinnamon Rolls, since they aren’t rolled up in any manner, I changed the name of the recipe to Cinnamon Biscuits, as that seemed better suited. 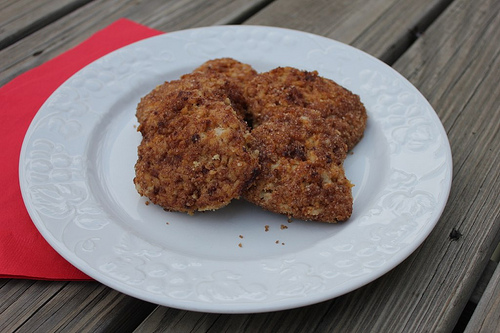 Thoroughly grease the crockpot with butter or shortening (I use palm oil shortening). Melt butter in the microwave or on the stovetop and stir vanilla into it. Pour into a small bowl.

Combine sugar and cinnamon in another small bowl. Roll out biscuit dough and cut into biscuits with a biscuit cutter or glass. (Or, be lazy like me, and just pull off pieces and pat them into the shape that somewhat resembles a circle. :))

Dip biscuits into melted butter mixture, then into cinnamon sugar mixture. Put in crockpot in a single layer.

Cover the crockpot with a tea towel or paper towel (to reduce condensation) and put lid on.

Turn crockpot on low and bake biscuits for 2-3 hours until done.

You can glaze with a powdered sugar & milk glaze, if you’d like. Or you can leave them unglazed like I did. I thought they were plenty sweet without the glaze!

Recipe adapted from Get Crocked