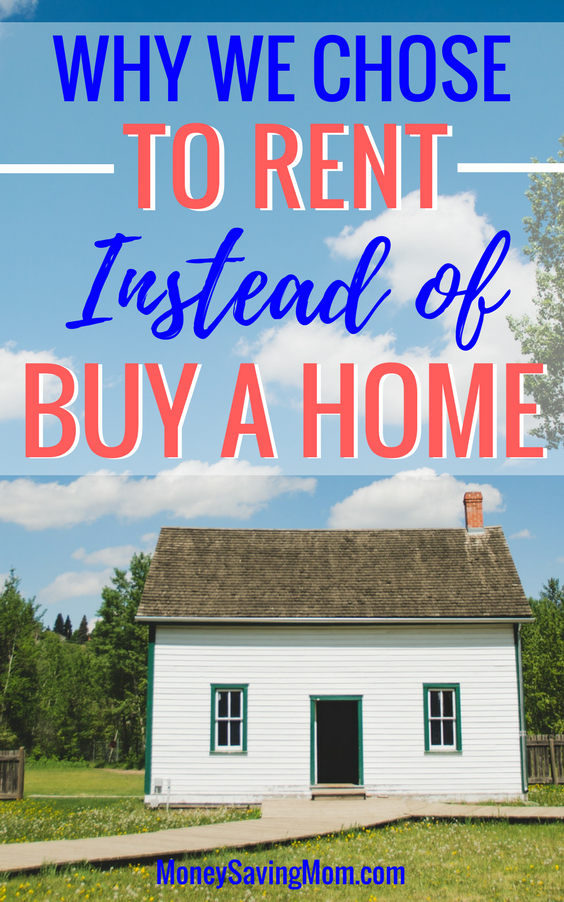 Many people have asked us why we are renting right now. That’s a great question and I know it might not make sense to a lot of people why we would be or it might seem like we are just “throwing money down the drain” to be renting (as we’ve often been told).

If you’ve been following my blog for awhile, you know that we rented for the first 8 years of our marriage (during law school, during our stint in Kansas City, and when we first moved back to Wichita for Jesse to start his law firm).

We chose to rent for those first 8 years for a few different reasons. For the first 4ish years of our marriage, Jesse was finishing out his last semester of undergrad and then going to law school, so we definitely were not in a place to buy a house. After he graduated, because his job situation wasn’t very secure and we weren’t in a good financial place, we decided it was wise to continue renting.

After we moved back to Wichita, Kansas for Jesse to start his own law firm, this blog had really started taking off and we were making a good income from it. Since we didn’t have any debt and we were living on a lot less than we made, we were able to start saving aggressively to buy a house debt-free. I shared our savings journey on the blog and you all were so kind to cheer us to the finish line. 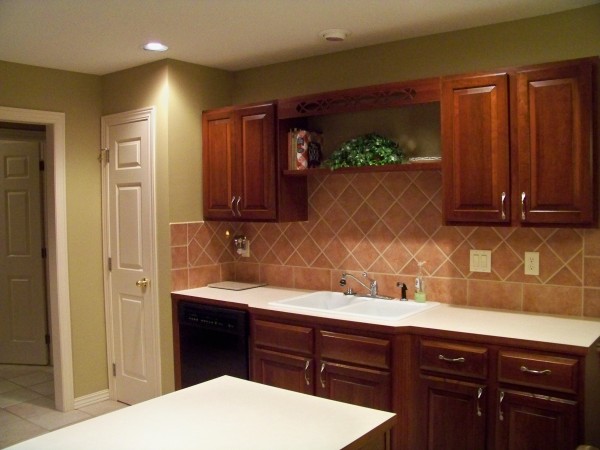 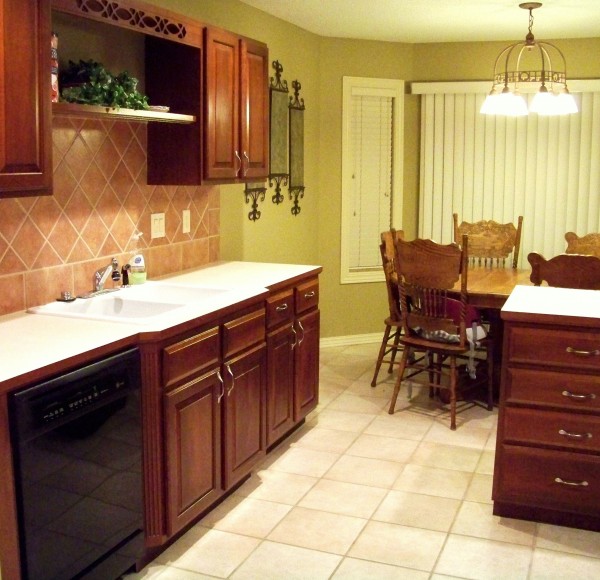 It felt amazing to pay 100% down on our very first house. We loved that house and were so grateful for it.

But we had decided to not become too attached to it because we didn’t know what the future held. I look back and am so grateful we made the decision from the get-go, because when we decided to make the big move from Kansas to Tennessee in 2014, it made it much easier to leave behind that paid-for house and go back to renting again.

A lot of people questioned our decision to choose to rent again when we moved to Tennessee. I understand that it seemed like we were taking a step backwards financially to do so.

And, in a very real sense, we were.

The truth is: shutting down Jesse’s law firm and making a cross-country move wasn’t a decision we made in order to “get ahead” financially. It wasn’t even a move that anyone could call a “strategic financial move”.

It was a move we made because we felt like that’s how God was leading our family. And we look back and see how it was absolutely the right decision — even if it meant some financial setback. 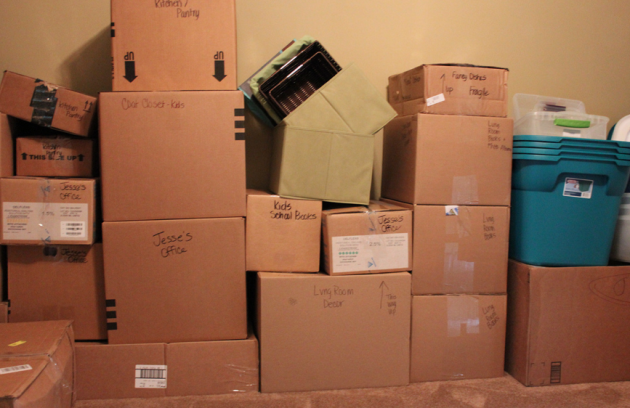 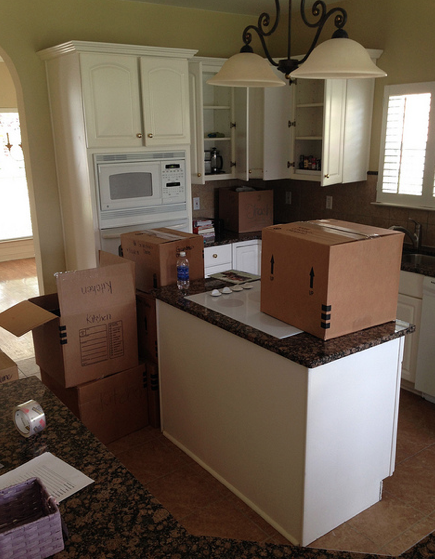 So, for those of you who have asked many times why on earth we would choose to rent when we moved to Tennessee, here are five reasons:

We moved to our rental home in Tennessee sight unseen. Some local friends had checked out the house and had done a video tour for us, but that was it.

We didn’t know the area well at all since we’d only visited here a few times in our life. We weren’t familiar with neighborhoods or the best areas of town or where we’d prefer to live.

The thought of buying a home when we were so new to the area felt like an unwise decision. Looking back, because we were unfamiliar with this area, it would have been a complete shot in the dark to guess what area of town might be best to look for a house in. And we likely would have looked in a completely wrong area just because we wouldn’t have known better!

2. We didn’t know what we should look for in a home.

There are some BIG contrasts between where we lived in Kansas and where we live now in Tennessee. We didn’t really know what those were or would be when we moved — which means we didn’t even know what we should look for in a home!

Renting has given us the opportunity to learn what we would in a home here. We didn’t know that we would want to look for a home with things like a bonus room (since homes rarely have basements here), a neighborhood with a pool (since it gets SO hot here in the summer), and a house that wasn’t in an area that frequently has really bad traffic delays (a very common thing here in certain areas of town). 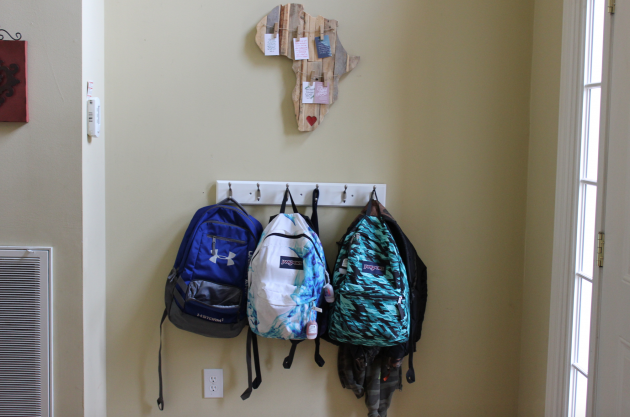 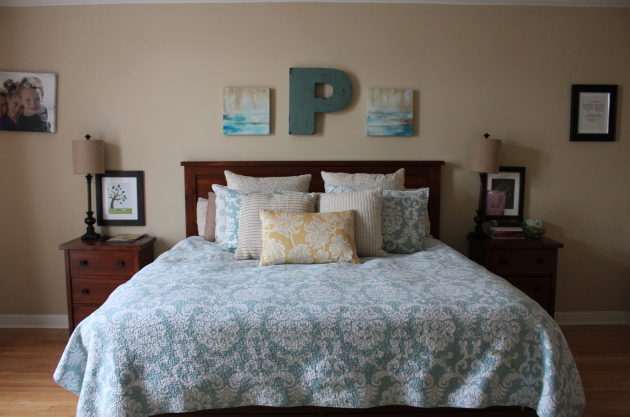 3. We didn’t know if we were going to stay here long-term.

When we moved to Tennessee, it was an experimental move. We committed to try it out for 18 months to see how it worked and what it felt like for our family. We went in knowing it could be a very temporary thing or we might settle down here and live here for years. We just didn’t know which it would be.

Because our plans were so up in the air, it seemed like a poor choice to buy a home until we knew what our long-term plans would be. Renting would give us more flexibility if we decided that Tennessee wasn’t for us long-term.

4. We didn’t want to mess with selling our house AND moving.

I know that many people show their homes/sell their homes, buy a home, AND make a cross-country move all at the same time. But that just felt really overwhelming to me to think of pulling off in the middle of everything else in my life.

So instead of messing with having to show our home and sell our home in Kansas, we decided to rent it out instead. We already had one rental home that we had purchased and were using a rental management company to manage it, so we asked them if they could find renters and manage our personal residence, as well.

We ended up getting renters in our home quite quickly. Since we didn’t have a mortgage, we were able to turn a good profit almost every month on it.

(I say almost every month, because we ended up having to spend money on some repairs and there were also a few months when it wasn’t rented over the past three years. But for the most part, we’ve made a good profit every month on it.) 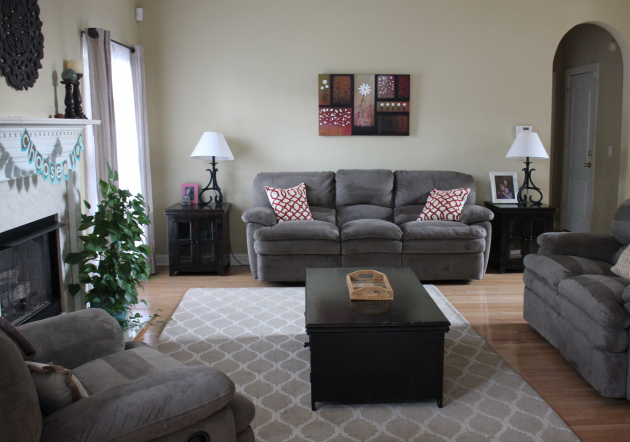 5. We didn’t have the money saved to buy a house debt-free.

Even if we were to sell both residences (which would require quite a bit of time and effort and work — see point #4), we still wouldn’t have enough to really buy a house that would last us more than a few years (houses are quite a bit more expensive here than they are in Kansas).

So we decided that renting in the short-term was the best option. And we don’t regret that decision at all!

Between our rental income from the two houses and setting aside some of our income every month, we were able to save up enough to buy another rental house in Kansas after we moved to Tennessee. So for two+ years, we had three rental houses there.

But since we decided to stay in Tennessee long-term, at the beginning of 2017, we decided to sell our rental houses in Kansas and use the money toward purchasing a “forever home” here in Tennessee! (Well, at least what we envision to be a long-term home for us… I never want to get too attached to any house because you never know what the future might hold!)

We have currently sold two of the houses and have a contract on the third, so we just recently hired a realtor and we’re almost ready to begin the house-hunting process in earnest!

We are so excited to be at this point — especially since the house we are renting has some less-than-ideal features. 😉 Stay tuned for more details on our house-hunting adventure!