Home » Guest Post Submissions » By Getting Our Finances in Order, We Were Able to Say “Yes” to Adoption 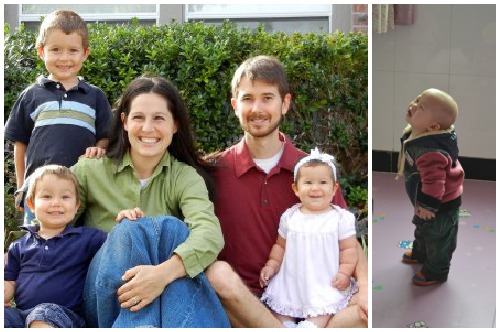 Testimonial from Beka of Unconventional Homemaker

My husband and I were married in 2005 and kept two separate checking accounts for our two separate incomes. My husband knew there must be a better way to handle money — so being his frugal man, he went to the library and found a little book by Dave Ramsey called Priceless.

It was the shortest book we’d ever read! Yet it got us on the same page and gave us new ideas. We immediately combined our bank accounts, like any married couple should do, and sat down to do our very first budget.

We went to the bank, filled our envelopes with cash, and started our game-plan using the cash envelope system.

With that very first month of budgeting, we found an extra $300 we didn’t even know we had! Since we had already cleaned up the couple of tiny debts we had, we figured we might as well put that $300 as an extra principal payment on our mortgage. Might as well pay that 15-year loan off in 12!

Three Years of Sacrifices Was Completely Worth It

We began selling anything and everything on Craigslist and putting every dime (after giving) from bonuses straight onto that puppy. You know what? From the start of that very first budget until the mortgage was paid off in 2009, was just three years!

Some people might not want to sacrifice for three years, but honestly, it was the best time of our lives. We had fun teaming up together and finding the cheapest ways to live. It was a blast and we’ll never forget the memories we made by doing it.

You ought to have heard my “We’re Debt Free” call on The Dave Ramsey Show, I was over-the-top enthusiastic and also a total corn ball. It was amazing! (I must just turn really corny when I talk to Dave, because a few years later we stopped at his office to meet him and right when he came out I yelled, “Cheeeee-tahhh!”)

People often want to know what life looks like for us since we have no mortgage, no debt. The obvious differences are that we are able to give a lot more money away to those in need. That’s definitely the best part of not being tied down to payments every month. Secondly, we’re able to invest heavily in our retirement and our children’s educational funds. The third thing we were doing was saving up to buy a rental property.

But then it happened… In September 2012, God, in an enormous way, opened our eyes and our hearts to adoption. We already have three biological children but it pained us so bad to know that there are little ones going to bed with no one to tuck them in at night. There are nearly 150 million orphans suffering while we live in our 2,000 square-foot warm home. Surely we can take just one.

If we had not paid off our mortgage and built up our savings to buy a rental, we may not have said “Yes” to adoption. Of course, finances should not be the main concern when considering adoption (there are grants, scholarships, fundraising, and many other possibilities out there), but our situation sure did put us in an easy position to say “yes”.

Two weeks after we started the process to adopt, my husband and I looked at each other and said, “Oh, we didn’t even talk about how we’re going to pay for this, did we? I guess we’re getting a child before we get a rental!”

Thanks to starting that budget, sticking with it every single month, and letting God tug on our hearts, we’ll be traveling to China this fall to pick up our little boy! An orphan no more!

Beka is a homeschooling mom of three (almost 4!) children ages 5, 3, and 1; their 2 1/2 year old boy will be joining their family this fall. She blogs at Our Eternal Treasures about their upcoming adoption and at Unconventional Homemaker about wholesome living.