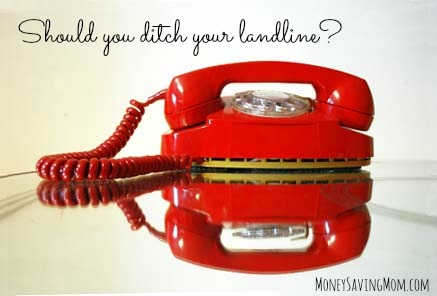 Every week in 2013, I’ll be sharing a different way you can save $100 this year. If you do all of these things, you’ll be able to save over $5,000 this year alone! Many of these things will likely be things you’re already doing, but hopefully all of you will pick up at least a few new ideas or some inspiration from this series.

In July of 2010, we ditched our landline for a year. It saved us $15 per month — and countless minutes of dealing with telemarketers! 🙂

It was really freeing to do it, although I readily admit it was also a little weird since we’d always had a landline. But it was a worthwhile experiment — and the $180 we saved that year was great, too.

Here Are Three Things We Learned

When we dropped our landline, it was because our phone/internet company finally started offering a la carte packages. Up until that point, we’d priced things and it was actually less expensive to go with an internet, cell phone, and landline deal versus just an internet and cell phone package.

So if you’re thinking of ditching the landline, be sure that it’s actually going to save you something each month — and not end up raising your rates.

When you’re calculating your savings, also check into your options. If you ditch your landline, how much will it cost you if you decide to add it back on? Would it be a better alternative to just cut back on the bells and whistles? There are so many things offered along with landlines that most of us don’t need.

Consider stripping down to the barebones instead of ditching the landline altogether. Many times, the call waiting, caller ID, and other features can cost as much as $10 extra per month, if not more. If you don’t really need these options, don’t pay for them! 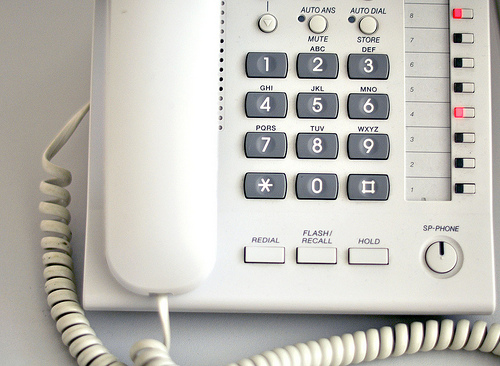 I really didn’t seriously consider some of the risks involved with dropping our landline until I blogged about it back in 2010. And so many people shared their concerns and reasons as to why they wouldn’t ever drop their landline (read the comments on that post here).

The biggest concern raised was that you need to always have very, very easy access to a phone to dial 911 in case of an emergency. Cell phones can sometimes be hard to find (or maybe that’s just a problem we have at our house sometimes! :)) and they also have to be regularly charged.

The last thing you want to have to do in an emergency is be running all over trying to locate a phone or trying to charge up a phone. In a life or death situation, those minutes spent could be devastating. It’s never worth it to risk safety just for the sake of saving money.

However, there are options out there for calling 911. For instance, Mary from OwlHaven commented on my post and said:

We solved at least part of this issue by keeping a cheap Tracfone plugged in AT ALL TIMES on the kitchen counter so it will be charged and easily located. My teens use this phone when I am gone or when my unlimited-minutes phone is otherwise unavailable. The cord is long enough to stand next to the outlet to talk, and unplugging it is against the rules. I think I’ll also type our street address on a card taped to that phone, so the address can easily be read off to dispatchers if my teens were ever too stressed to remember our address.

Why We Ended Up Paying For a Landline Again

We thought we wouldn’t end up bringing our landline back, but after a year of being landline-less and having a few times when I couldn’t find my phone and Jesse had no way of getting ahold of me nor me him, we decided it was worth the $15 per month to add the landline back in. In addition, because I do a fair number of radio interviews that require a landline, this gave us another reason to make it worth the expense.

But we don’t regret the year we went without a landline and if our budget is strapped sometime down the future, we know we could always cut the landline and just go with the Tracfone idea.

Do you have a landline? Why or why not?