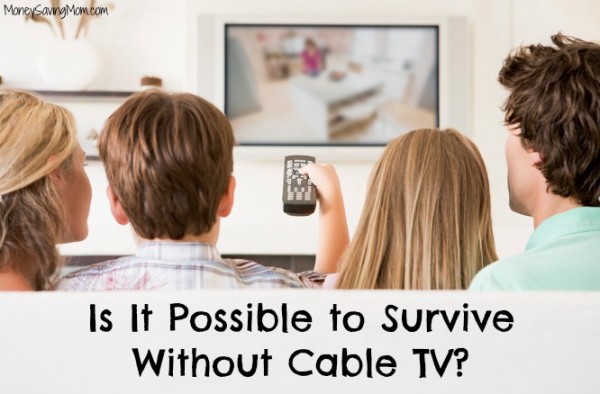 At the beginning of every week in 2013, I’ll be sharing a different way you can save $100 this year. If you do all of these things, you’ll be able to save over $5,000 this year alone! Many of these things will likely be things you’re already doing, but hopefully all of you will pick up at least a few new ideas or some inspiration from this series.

You knew it was coming… I just couldn’t write a series on ways to save $100 or more per year without going there.

Some of you are thinking, “Of course. We ditched cable a long time ago.” Or maybe you’re like us and you’ve never even had cable.

But others of you are clinging pretty tightly to your cable package and hoping that you can find a way to justify keeping it. 🙂

How Much is Cable Really Costing You?

Well, if you need a little motivation to consider ditching or downsizing your cable package, how about you do something for me, okay?

Go get your latest cable bill. Yes, go get it — or look it up online. See how much you’re spending per month and multiply that by 12. That big number you’re seeing? That’s how much you’d save per year by giving up cable.

Stop and consider what you could do with that kind of money if you weren’t sending it into the cable company every month.

Now, every cable package is different, so I can’t tell you exactly how much you’d save, but I took a poll on Facebook over the weekend and do you know what the average amount people were spending on cable TV per month is? More than $46.

And some people are spending more like $68 per month. That translates to spending $816 per year or $4,080 over five years!

What Could You Do With the Time You’re Spending Watching TV?

I’m going to stick my neck out and say that I believe Americans, in general, could survive just fine without watching as much TV as they do. In fact, I think many Americans would be much more fulfilled, more active, healthier, and happier if they spent less time sitting in front of the tube for a few hours or more per day.

I hear so many people lament their lack of time to pursue their dreams or start a business. And yet most people seem to find plenty of time to watch their favorite shows. Is there possibly a disconnect there?

Less TV watching not only frees up more time and encourages you to be more active, it also brings less of the consumerism mentality into your home. If you’re not watching all of those commercials, you don’t know what “amazing” things you “need” to buy! This, in turn, can help you become more content — all while saving a hefty amount of money, too! 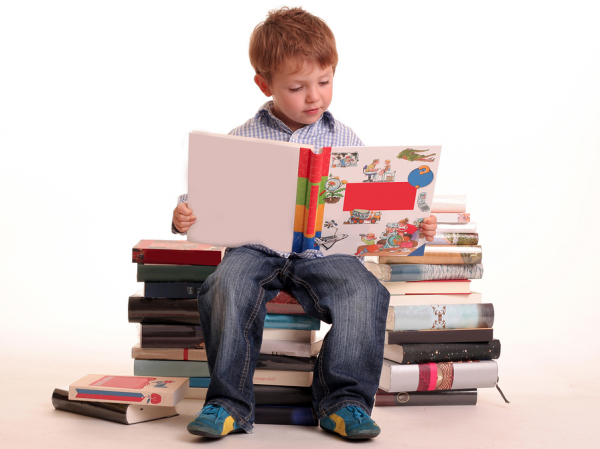 Three Alternatives to Paying for Cable

Now, hear me out, I’m not saying you can’t ever enjoy a TV show. We have a few we enjoy watching occasionally and I think some of the things on TV can be educational or clean family entertainment (though the commercials sometimes ruin the “clean” part unfortunately! :()

However, we have found ways to watch TV without having to pay for it (other than our monthly Netflix bill). Here’s a guest post that Jenae from I Can Teach My Child wrote in 2011 on three alternatives to cable that I thought was so helpful that I’d just post it in its entirety here…

There are so many alternatives to paying lots of money for cable each month. Here are three we’ve found to be helpful for our family.

What if I told you that you could still watch most of your favorite shows for free? ABC, NBC, CBS, FOX, PBS and even a few other random channels can all be received for free in most areas* with a high-definition antenna. After a little upfront cost, you can watch these channels for the rest of your life. All you need is a converter box (if your TV does not already have an HDTV tuner — every new TV has one) and a high-definition antenna (which can go in your attic, wall or outside).

High-definition antennas range from $40-$150. You can purchase them at your local home-improvement store (Lowe’s or Home Depot). You can also go here for more information and to purchase one as well. And if you’re really handy (or you know someone who is), you can supposedly even make your own HDTV antenna for less than $10! It might be worth a shot!

If you own a TV that was manufactured after July 1, 2007, it should already have an HDTV tuner. You only need a converter box if your analog TV is older than that. Converter Boxes start at $40 and go up from there. Go here and here for a few converter box options.

*I realize that good reception depends in large part due to where you live. If this isn’t an option for you, you could still opt for the cheapest plan from your cable or satellite provider and implement the other two suggestions.

Many of you know that you can receive unlimited DVDs in the mail for about $10 a month from Netflix. But did you also know that they have thousands of movies on instant play as well? We’ve watched entire series of very popular shows instantly. You can stream it to a Blu-Ray player, XBox or Wii, or you can just watch it on your computer. Netflix is also a great resource for children’s television shows. The best part is that there are no commercials.

Redbox (a $1-per-night video rental kiosk that can be found outside many McDonald’s, Walgreens, and Walmarts locations) offers at least one free rental each month (usually the first Monday of every month) when you create an account on their website.

Libraries are not only a great resource for books, most libraries also have movies as well! And the best part is that it’s free! You can browse most titles on your library’s website. Another option is to borrow movies from friends.

We’ve gone without cable for our entire married life (almost seven years). At first, we simply couldn’t afford cable and opted for bunny ears. Now that our income has increased and we could afford if we really wanted to, we still choose not to. We enjoy enough television and movie time without spending all that money every month!

Jenae is a wife, mother of two boys’ ages 3 and 15 months, and former first-grade teacher. She loves spending time with her family and sharing fun and educational activities for young children on her website, I Can Teach My Child.

There are also options like Amazon Prime and Hulu to check out now, too! For more ideas, check out Amy’s post on How to Ditch Your Cable Bill.

By the way, if you have sports fans at your house, you’ve got to check out this piece on A Coach Without Cable. Thought-provoking stuff!