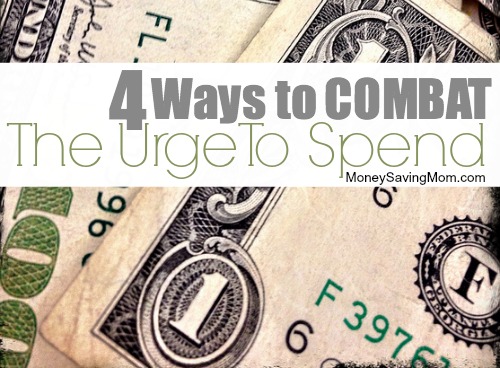 Once upon a time, there was a girl, who thought she needed designer jeans, Ray Ban sunglasses, Coach purses, sports cars, and a California King size bed.

In order for her to acquire these items, she had to max out her resources. She swiped those eight different super shiny, color-coordinated credit cards like they were going out of style. She was a pro at signing her name, and at the “bill me later” game.

Oh but how the mighty have fallen. That same girl no longer drives a GT Mustang, owns a single pair of Ray Bans or a Coach purse, and no longer has room for that California King bed.

That girl had to give up all those super nice things because she was dead broke. She may have looked like a million bucks and been able to play the part well; but the truth was, she had no money.

She had accumulated over $11,000 in credit card debt alone. That was over half of her salary as an Administrative Assistant. She had to learn the hard way that there is a fine line between appearing to have money and actually having money.

That was a tough lesson, but it was a lesson learned nonetheless.

Does she regret her choice to sell off all of those fancy items to help pay back the debt? No. Did selling those hard earned items pay back all of her debt? No, she still had to work hard and throw every extra penny and tax return check at her debt to pay it all back.

I am the girl in this story, and I was dead broke at 21 with a mountain of credit card debt. I was raised in an extremely frugal household, where I got the crazy idea that I had to have designer items and huge inventory of stuff, I have no idea.

Wherever that idea came from, it has been hard to keep it out of my head.

We all want things. Maybe it is because of our society that we want so much, or maybe it is something else entirely. What matters is that you learn to control that voice that wants you to spend money you do not have.

These are the four ways I combat the urge to spend money:

If you are fighting the debt monster, keep going. It is a long, bumpy road but it is very worth it in the end. I hope my story will encourage you on the road to becoming debt free.

Jessi is the author of the frugal lifestyle blog, The Budget Mama. She is an avid budget fanatic and dedicated to helping others reach their full financial potential. Jessi shares her real life on a budget along with DIY projects, recipes, organization, and more.