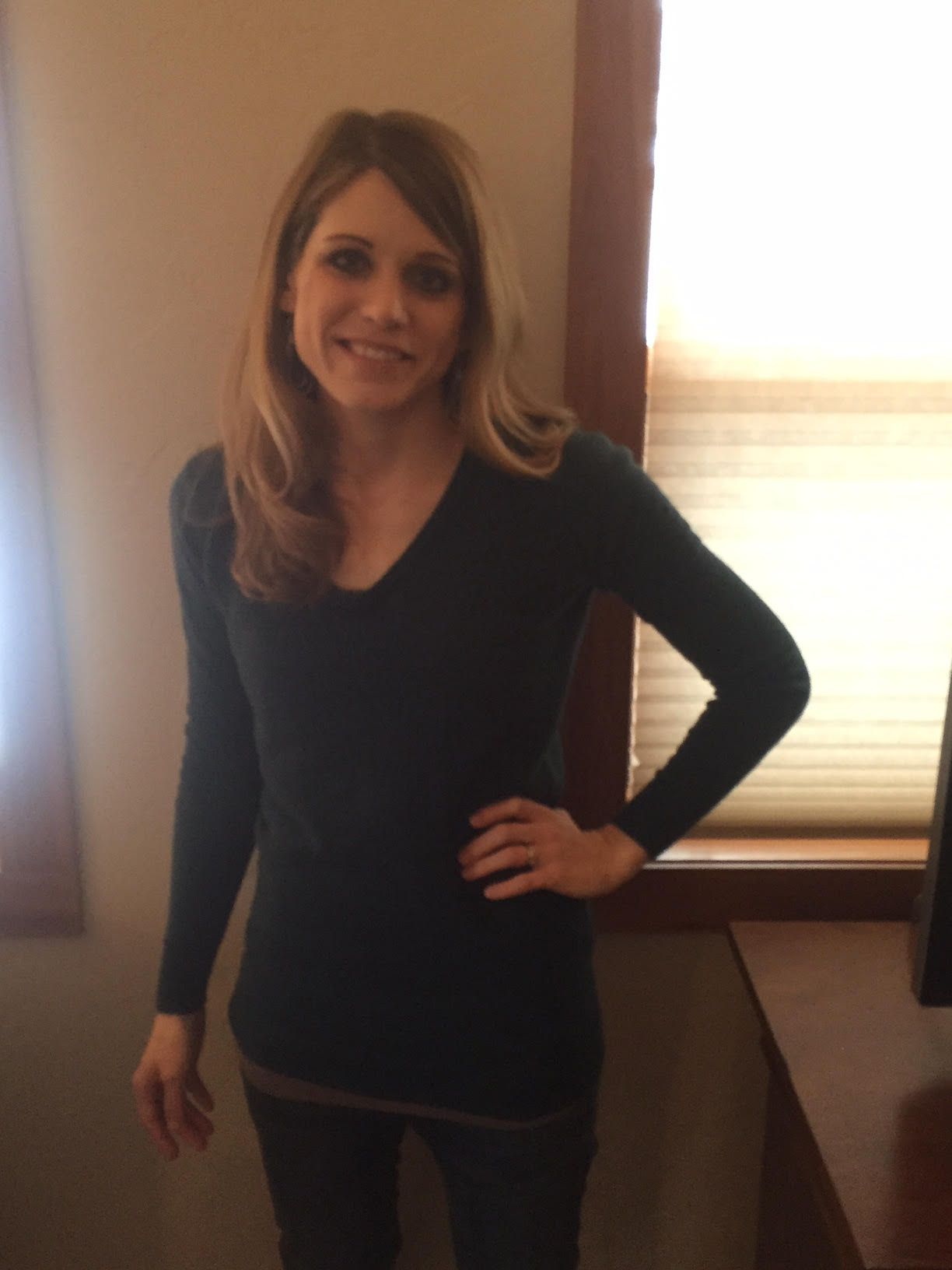 As some of you know, we got stuck in Dallas last week due to storms and tornados. As a result, it ended up taking us 4 extra days to get home after Christmas.

Because we travelled so much in 2015, we all earned status on American Airlines which means that we get to check up to 6 bags for free each time we fly. Since we were bringing back a lot of Christmas presents, we took full advantage of getting to check those bags for free.

When we got to the airport, we checked almost all of our luggage. Little did we know that it would be over 4 days before we would see it again! (They couldn’t release any of the luggage for all the cancelled flights. Instead, they sent it to Nashville on the first flight that got out headed there — which didn’t have any extra seats on it for us!) 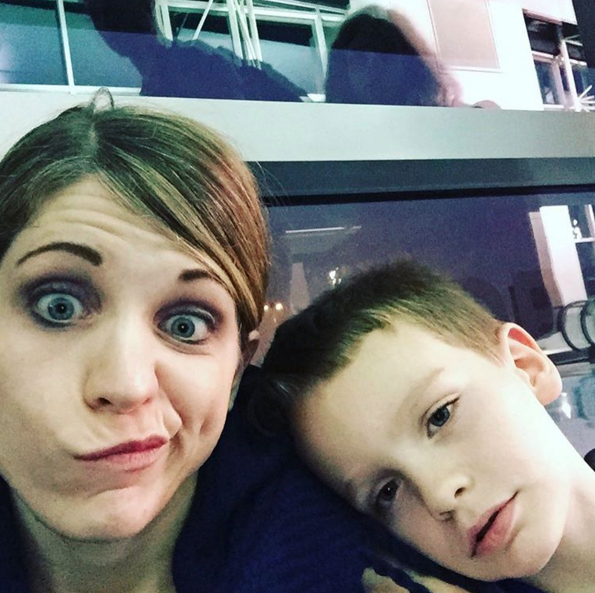 Every single piece of my clothing, my contacts, all my haircare stuff and personal hygiene stuff (except my makeup), and all my vitamins/medicines were in the checked luggage. So for 4 days, all I had were the clothes on my back.

{We could have tried to find a window of time to rent a car and go to Walmart to pick up some clothes and supplies, but I really didn’t want to spend the extra money. Plus, almost all of our extra time was spent waiting in lines trying to get on a flight. Gratefully, we were able to get a cheap hotel and our hotel gave us deodorant, toothbrushes, toothpaste, etc.}

So for over 4 days, I wore the same sweater and jeans. I had brought a Blanket Scarf, too, and that was the best thing ever since we ended having to stand outside waiting for a shuttle from the airport to the hotel each night and it got really cold! 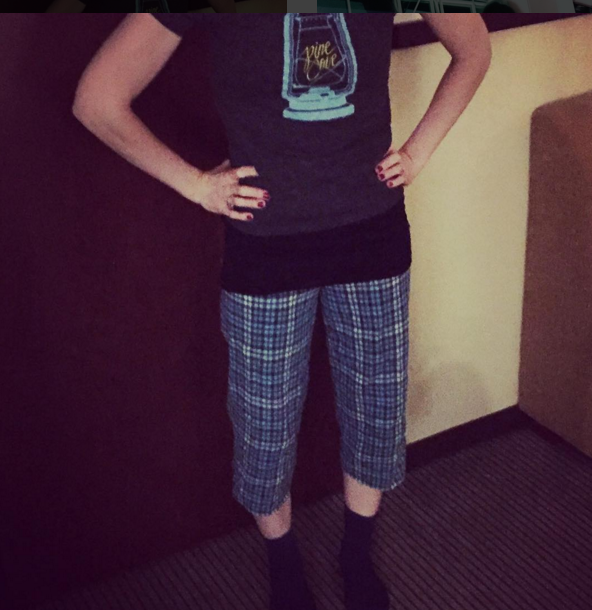 The only time I wore something different was the day when I got so tired of wearing those jeans that I raided Kathrynne’s suitcase (she hadn’t checked hers!) and changed into her PJ pants and t-shirt to wear to bed because I was so done with wearing jeans to bed. As you can tell, I can’t really fit into clothes made for a 10-year-old, but I guess I was desperate! 🙂

During those 4 days of re-wearing the same thing over and over again, I realized a few things:

1) We Can Get By With a Lot Less Stuff

We all know this in theory, but this theory proved true when I didn’t have anything but the clothes on my back and a few things in my carry-on bag for 4 days.

When I only had one choice of outfit to wear (the one I had slept in!), it made my morning super simple. No choices. No decisions. Just take a shower and put the same clothes back on!

While it is nice to have a few outfit choices, this experience motivated me to work on simplifying our mornings even more than I already have. 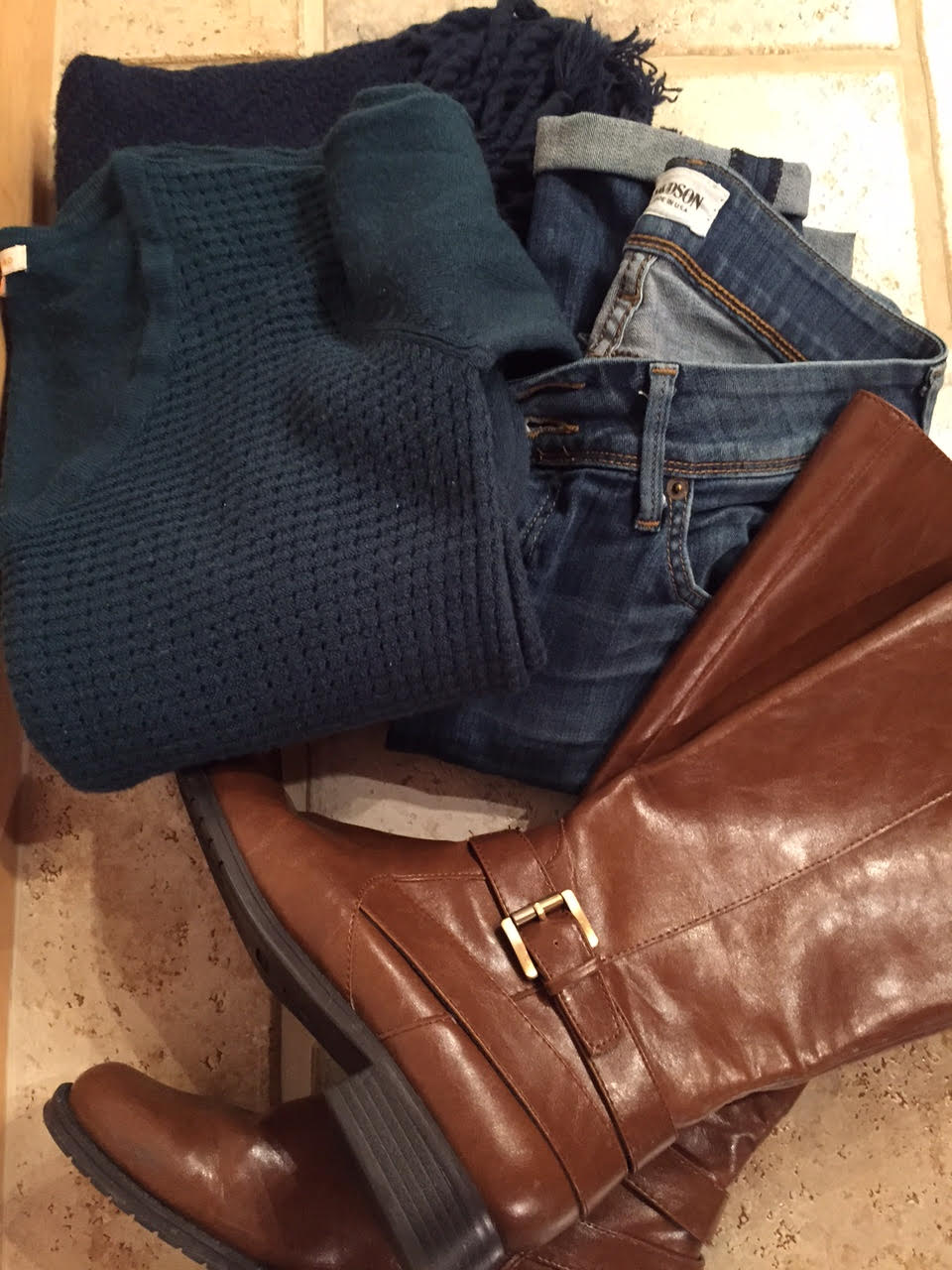 3) When You Have Less, You Take Care of It Better

Without even thinking about it, we became a lot more careful about taking care of what we had. We made sure not to spill things on our clothes, not to rip them, and to be careful that nothing happened to them because they were all we had.

4) We Have So Much to Be Grateful For

A few times during the 4 days, I found myself wanting to complain that I was having to re-wear dirty clothes over and over. But then I thought about all the people in the world who don’t even have one warm outfit or have only had one outfit for a long time and was reminded about how much I have to be grateful for!

Inspired by this experience, I’m doing a 500 Things De-Cluttering Challenge on my blog beginning January 11-28, 2016. I’ll be going through this course and blogging about my decluttering. I’m aiming to get rid of 500 things — that sounds like a LOT of stuff, but we’ll see! I’d love for you to join me!