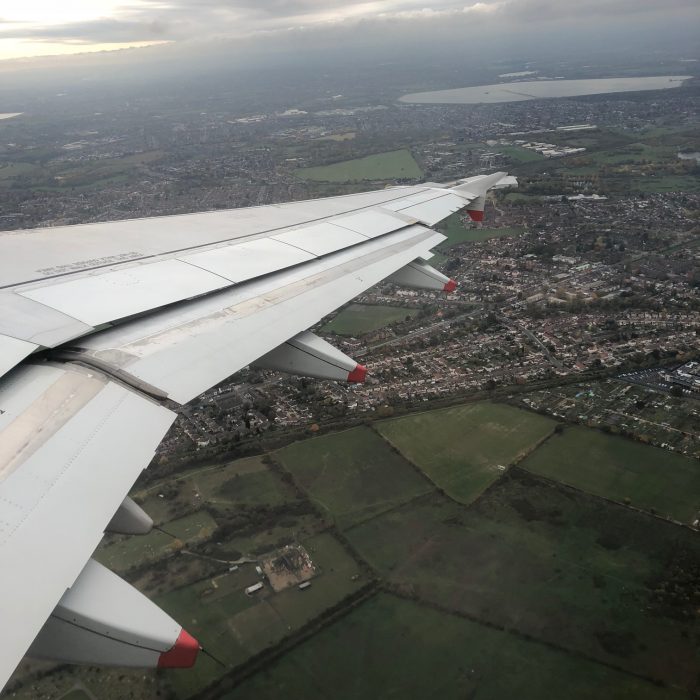 I never would have guessed that I would fall madly in love with traveling. But y’all, I’ve gotten bitten by the bug and I can’t ever go back.

The things you experience, the ways you are stretched, the people you meet, the hilarious situations and the hard situations, the opportunities to exercise patience, the interesting food and culture you are exposed to… the things you learn firsthand that you could never fully learn from a book or movie, the new perspective you glean… It powerfully changes you.

I’m so grateful to be married to a man who adores adventure and is willing to go along with my crazy ideas — like my recent suggestion that we tag along with our good friends on a big trip they were planning. 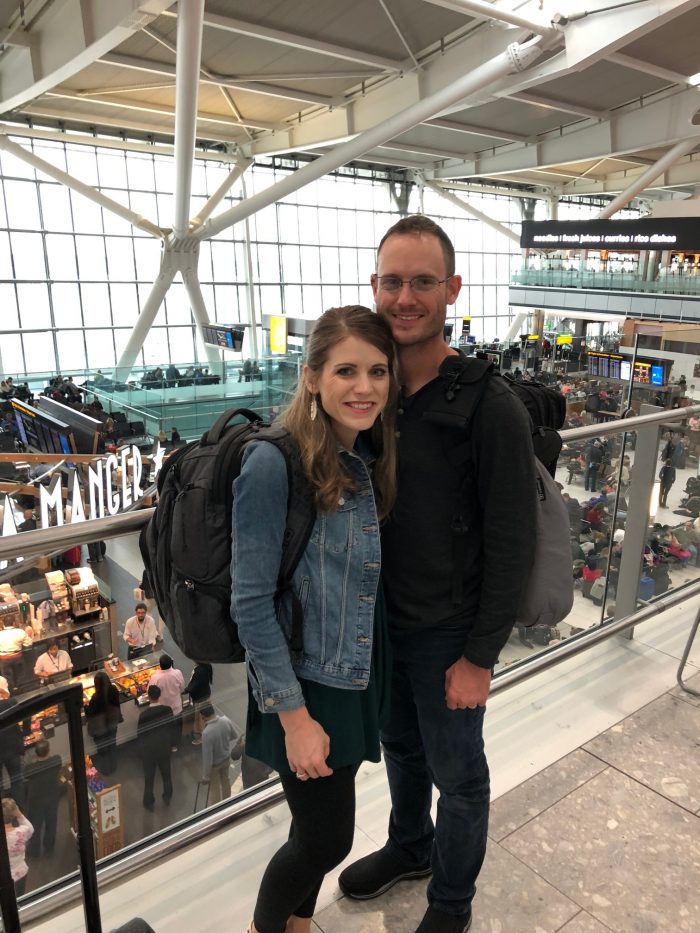 (Side note in case you were wondering: We aren’t the type of people who just invite ourselves on someone else’s vacation! Jamie and Drew are really close friends of ours and Jamie and I had both chatted about the crazy idea of us going to India as couples. We didn’t actually think it would happen. But then I ended up going to India earlier this year and my trip sort of set this ball into motion and by a week after I had gotten back home, we decided that we’d go with them — IF a number of things fell into place. And somehow they all did — and so we said yes to the trip!) 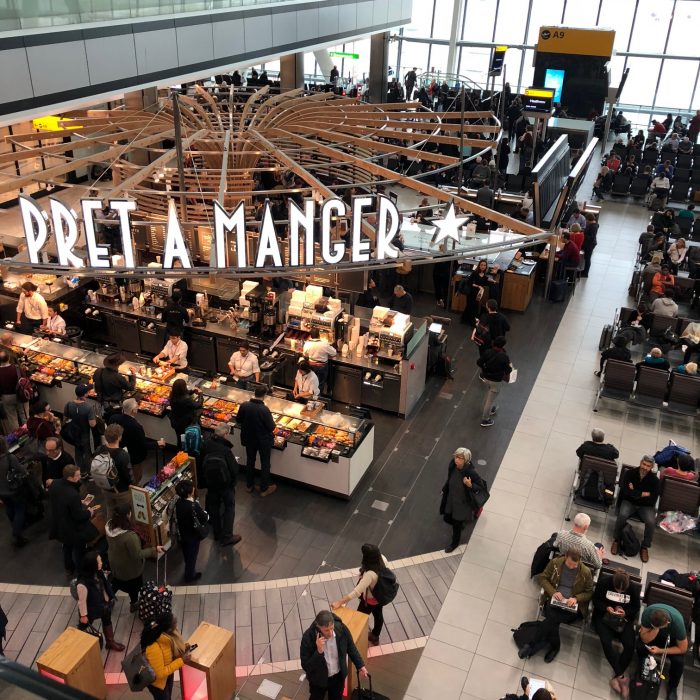 Why We Went on This Trip

Drew is an optometrist and has a real heart to use his skills to help other people — especially those who can’t afford eye care. He had some contacts in India who told him about some pressing needs at orphanages to provide eye exams and glasses to kids who couldn’t afford them. So Drew and Jamie decided to plan a trip to India to help these kids. They wanted to take their oldest two kids (ages 13 and 11) with them and they really wanted us to come, too.

As they were mapping out details for the trip, they realized it would only cost a little bit more to buy tickets to Rome and that it might be a great way to acclimate to the time change. I was ALL OVER the Rome idea for two reasons, 1) Jesse has never been to Europe and 2) I got to visit Rome a few years ago and loved it and really wanted to go back with Jesse.

I’ve been documenting our trip on Instagram Stories and so many of you have expressed interest in me sharing more details, so I thought it would be fun to do a  series here on our time in Rome and India (and some ways we saved money on the trip and lessons we learned along the way!).

I’m writing this while we’re still on the trip, so it’s very fresh! But sometimes that’s the best time to write about our experiences! 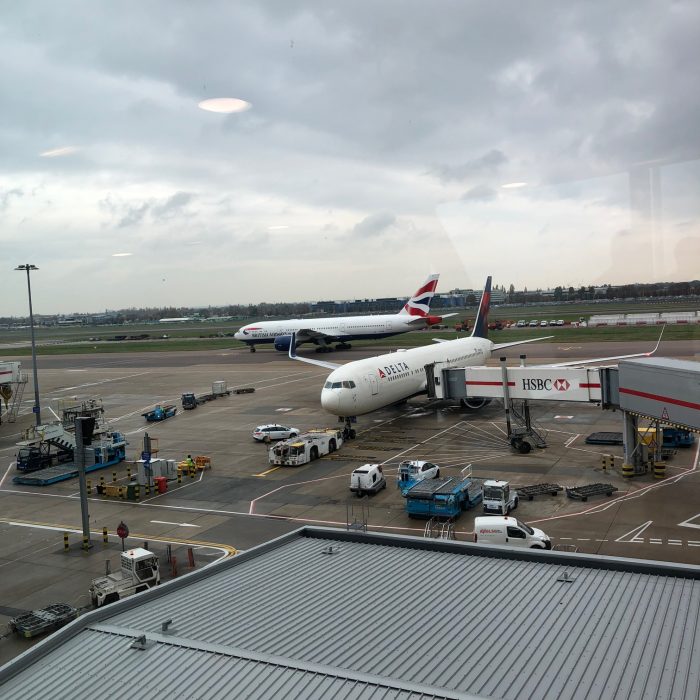 The Airline We Chose

We flew American Airlines and British Airways for this trip. We looked at a lot of different ticket options and these were by far the most reasonably priced with the best flight options. If we were heading straight India, Air India would have been a more economical choice, but not by that much.

And honestly, I wouldn’t recommend flying Air India. I flew Air India the last time I went to India and the reviews online are pretty bad. My experience was fairly similar to the majority of reviews online.

The planes were older (one of the planes had a number of seats that had Duck tape on them; I’m not joking!), the planes were dirty, and the food on the flights was — for the most part — very unappetizing. The only plus of flying Air India was that I thought the flight attendants were fantastic and very warm and welcoming. 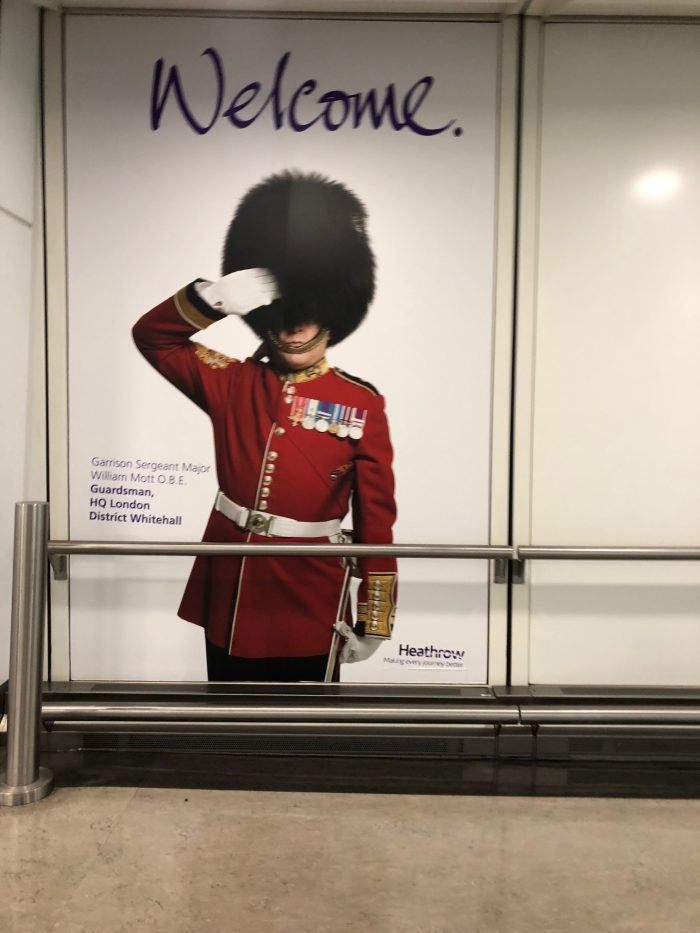 After a lot of research and price comparison, we decided to skip Air India this time and go with American Airlines/British Airways. I’m so glad we did. We almost always fly American because I am able to get gift free cards on Swagbucks for American airlines, so because we fly with them so often, we have status on their airline. This gives us perks like better seats, faster check-ins, and more.

We had never flown British Airways before, though, so we didn’t know what to expect. Well, let’s just say we were blow away by the service and graciousness of the flight attendants on the international flights.

We flew from Nashville to Chicago to London to Rome and then back to London and then onto India. On the way home, we’re supposed to fly from India to London to Dallas to Nashville. 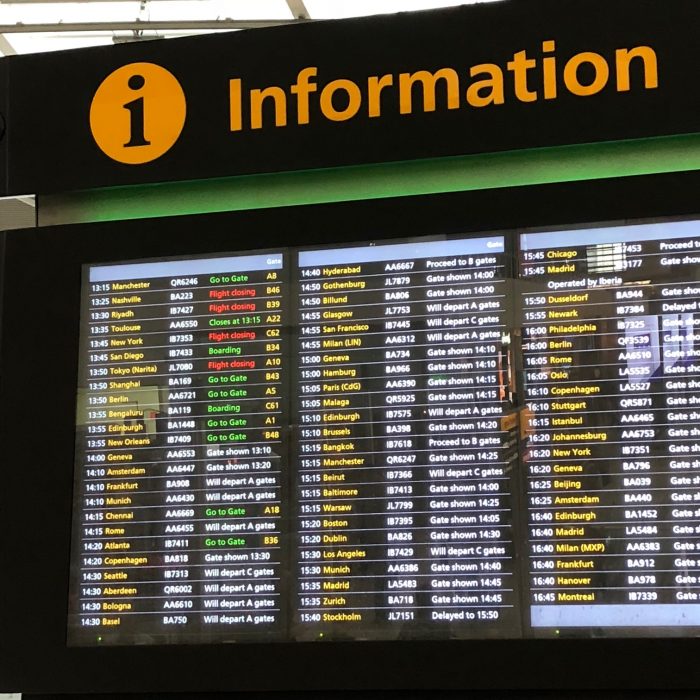 My Thoughts on the London Airport

We had never flown into London before and we were excited to get to be in a city and airport that we’d never been to before. We even went outside to ride a bus to the other terminal and then we had to ride a bus to our plane. So, I can actually say I’ve stepped foot outside in London — even if I haven’t gone outside the airport. I have breathed outside air in London… does that count for something??

The London Heathrow airport was quite massive, but everyone who worked there that we encountered was so kind and warm and helpful. We had to go through security again in order to get on the Rome flight and, since they don’t offer TSA Precheck, we had to take all our liquids out and put them in baggies. The guy at security was super helpful and gave us baggies to use + pointers on the best way to get everything into the bag and maximize the space.

One thing that caught us off guard was the fact that they don’t assign gate numbers for flights until pretty close to the departure. This might be common practice in many countries, but it’s not something we’ve encountered before and it took a bit adjustment for us mentally to just have to go to the correct terminal and then wait for the gate to be shown on the board. 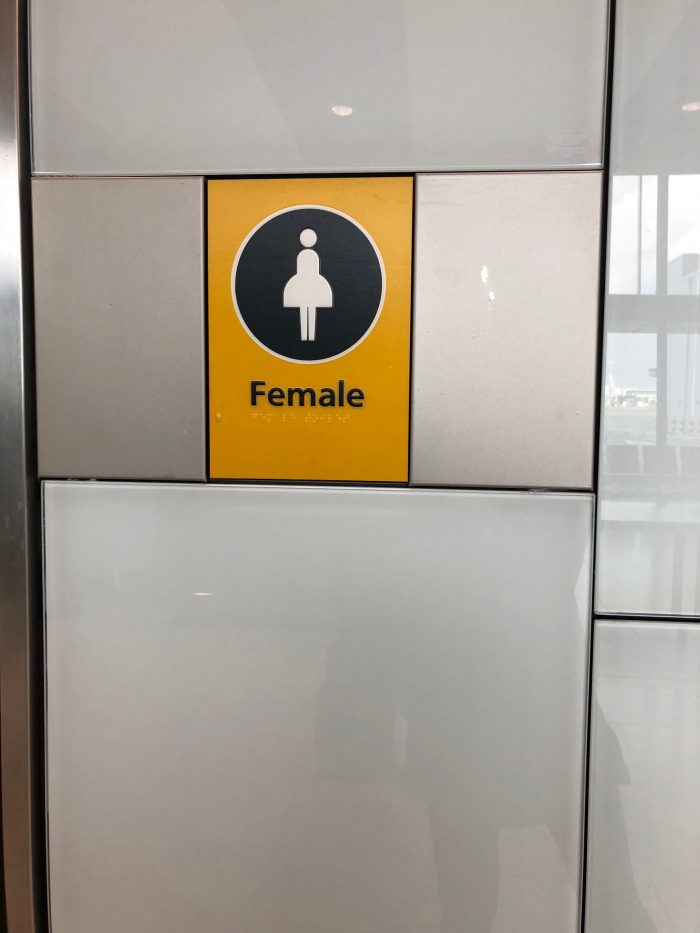 I also cracked up about this sign for the restrooms. I’m not sure what the designer had in mind when the ladies’ hips/body shape was drawn like this, but I had to walk quite a long way to go get my phone and go back and take a picture of this for you all. Are there a lot of bathroom signs like this in London or is it just at the airport?

Are there any specific questions you have or topics you’d like for me to cover as I share about our trip? I’d love to know!