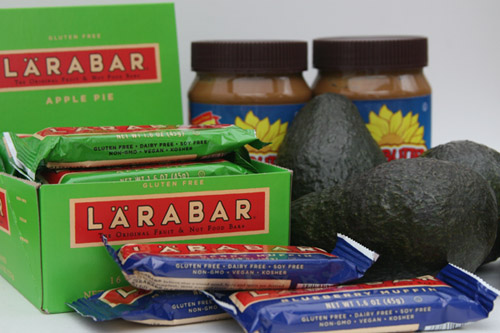 One year ago I made an unusual decision in the name of frugality: I added $75 to our monthly grocery budget.

When I made that decision, I had whittled our grocery bill down to the lowest point it had been in five years, thanks to discovering MoneySavingMom.com in 2009! I had attacked our grocery bill: getting that dollar figure to drop had become a game — and I was winning.

But then I took our fourth baby to the pediatrician for his 12-month check-up, and found out he was half a pound shy of staying on his growth curve. My kids have all been shaped like little beanpoles — it’s in their genes — and I’m familiar with the drill for slow-to-gain kids like mine: offer lots of quality high-fat foods, early and often. But my baby’s favorite foods (like avocados and Sunbutter) were expensive, and I hadn’t been tossing them in my grocery cart as often as I should have.

Other than being a little on the light side, he checked out great. For most babies, the low weight would have been a wait-and-see issue, but our family’s medical history made it prudent to err on the side of caution. So off we went to the children’s hospital for some routine tests to make sure everything was okay.

$900 later we found out it was. I regretted every avocado I hadn’t bought, thinking how many I could have purchased for that sum.

Even with the good report, our doctor encouraged us to make weight gain a priority. So we re-grouped. My pediatrician and I made a plan, and the linchpin was a diet heavy in healthy foods that were high-quality and high-fat.

I realized that the most frugal thing I could do was increase my grocery budget. I gave myself permission to opt out of the grocery game, and allotted an extra $75/month to stock up on healthy, high-calorie foods.

I still tried to get the most out of our grocery dollars:

But I didn’t sweat the extra expense, because his health was the top priority, and we’d budgeted the funds.

I continue to spend more on groceries than I used to, but that’s okay. My baby just turned two, and when we visited the pediatrician for his well-check he passed with flying colors. Our baby is healthy, and our medical bills have been minimal.

I don’t get the same thrill in the Kroger checkout lane as I did back when our grocery bill was smaller. But by stepping back to focus on the big picture — and not just a single line item of our household budget — I’m being a better steward of our family’s resources.

Anne blogs about redefining the accomplished woman at Modern Mrs Darcy. She’s a voracious reader, writer, and nutrition junkie, and a mom to four healthy and happy kids, who eat lots of almonds and avocados.