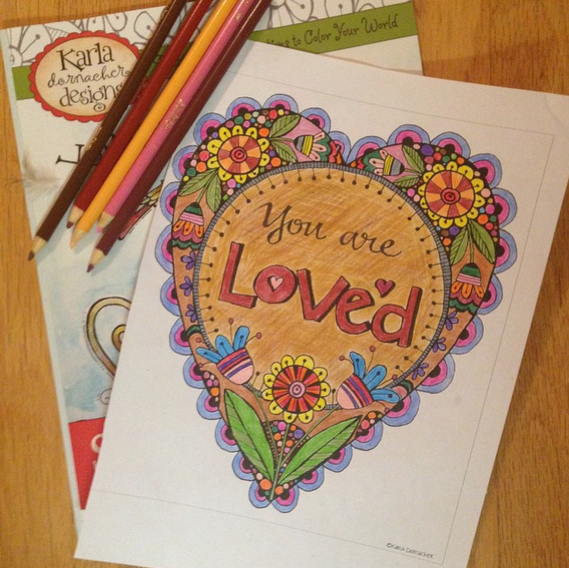 Her voice quivered. The tears ran down her cheeks. And my heart hurt so badly.

We were on our way home from a party that both of the girls had been invited to. As soon as they got in the car, I knew something was wrong.

Their faces bore hurt. Their eyes were brimming with tears just waiting to spill out.

I gently asked what was wrong and slowly the story emerged.

I discovered that a fun game had been played and part of the game involved the birthday girl picking individuals to be on her team playing against the other girls at the party.

The only problem was, neither of my girls got picked. And, over the course of playing the game, everyone else did get picked.

They felt intentionally left out and slighted. Like they were the new girls in town and they weren’t good enough. And it stung both of them deeply.

Honestly, as a mom, I wanted to rush in and scoop them up and protect them. I wanted to express anger and frustration and say things like, “That was so rude and mean… You can never play with those girls ever again!!”

I hurt for them. But I knew deep down in my heart that trying coddle and bubble wrap my kids is doing them a disservice. I cannot shield them from hard things forever.

Because there’s a world out there that will crush you in two if you don’t develop backbone, stand strong, know the truth that you’re enough, and lovingly forgive and believe the best about people.

So part of growing up is learning to love others even when they do unloving things to you. It’s forgiving when you are slighted or skipped over — whether intentional or accidental. It’s not harboring bitterness and anger toward people who don’t treat us fairly. 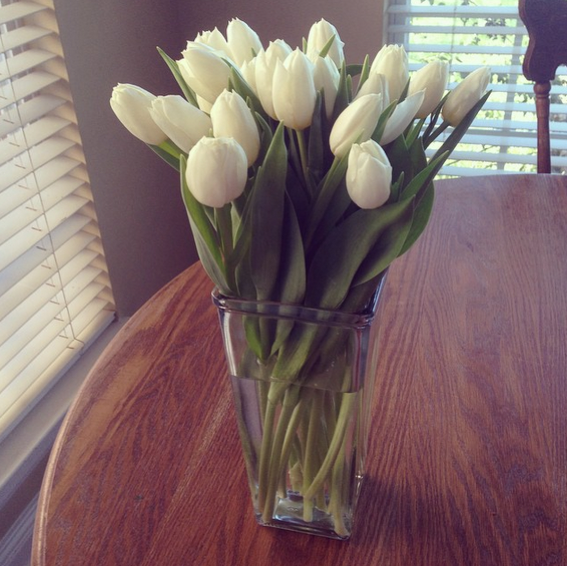 We talked about this in the car that day. And I was taken back to many times in my life when I’ve felt lonely and left out, too…

When I was at that dinner with a bunch of Christian speakers and writers and I got the cold shoulder over and over again when people discovered my blog wasn’t expressly “Christian”.

When I was talking to the women at an event who seemed so excited to see me until a Very Important Person walked past and, all of a sudden, she couldn’t care less about me and only wanted to talk to Mrs. Very Important.

When I was at that dinner party where everyone else knew everyone else… and no one seemed to notice that I didn’t know anyone.

When that blogger I thought I had really connected with at that conference went and talked behind my back about how she didn’t like me.

When someone I had invested in for years and years and thought was a close friend didn’t even acknowledge or reach out to me when I went through a very hard season. 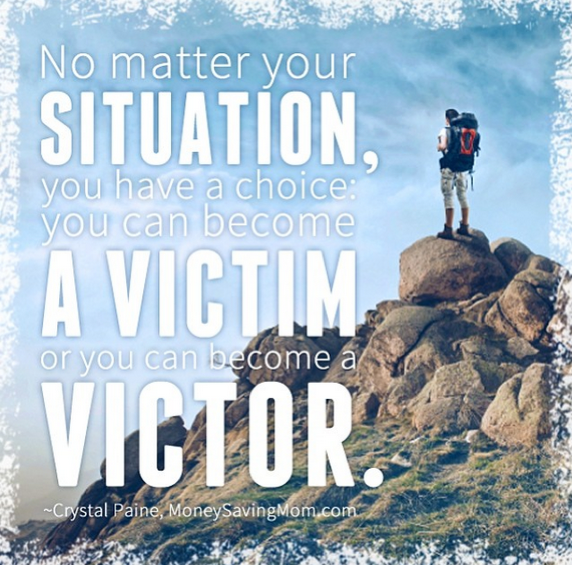 In each situation, I have a choice: I can be a victim or a victor. I can choose to be hurt, upset, angry, and bitter. I can feel sorry for myself. I can feel not good enough. I can live in fear of rejection.

Or, I can choose to believe the best. To trust that there was probably an oversight. To realize that the person probably didn’t intentionally mean to hurt me. Or, I can realize that it was a situation I need to walk away from or pull back from so that I can make room for deeper relationships with other people.

I also told the girls that the best remedy for times when you feel lonely and left out is to do something for someone else. Reach out to someone else. Be interested in other people’s lives. Look for ways to serve. Find opportunities to show love.

When you’re in a situation where you start to feel left out, look for someone else who might be hanging back by themselves, too. Strike up a conversation with them. Be the first to reach out.

When you’re tempted to feel hurt and upset that you got passed over for an opportunity, instead of taking it personally, look for the blessings in the situation and take the focus off yourself. 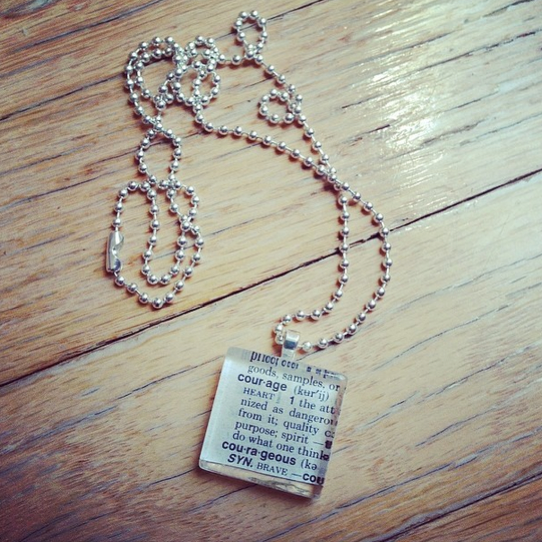 Just recently, we were having dinner with friends from out of town. At the end of the meal, they told us that they wanted to tell us thank you for what we did for them 5 years ago.

Honestly, I barely remembered what we had done. It was a gift we had given them during a hard time in their life. And, 5 years later, they traveled from out of town and took us out to dinner at this nice restaurant because they wanted to personally express just how much it meant to them.

As they shared with us what they were going through at the time and just how deeply our gift had touched them and inspired them over the years to give to others, I was taken aback. I had no idea that a simple gift would make such an impact.

But more than that, I realized why we had given them the gift. You see, the day I’d sent them the email saying we wanted to gift this thing to them, I was at one of the lowest times of my life. I’d just experienced a very hurtful and messy relationship breakup with a friend whom I’d thought was one of my closest friends.

It was ugly and hurtful and painful… there were misunderstandings, missteps, and miscommunications on both sides, and I was left feeling shredded and gutted and bleeding.

I wanted to run away from the pain. But I couldn’t. I woke up each day for months, with hurt and sorrow and sadness and a sick feeling in my stomach.

That day that I’d reached out to these out-of-town friends I’d hit one of my lowest spots. And I distinctly remember telling Jesse, “I have to do something for someone else! I just have to. Because I can’t sit here and wallow in this pain any longer.”

So he and I talked about what we could do and we hatched a plan to bless our friends. Taking the focus off of myself was one of the most healing things I could do.

It gave me perspective. It gave me a flicker of excitement again. And it helped me to stop focusing on how hurt I felt.

Little did we dream that our gift would deeply touch our friends in such a way that it would inspire them to pass on the blessing over and over again. 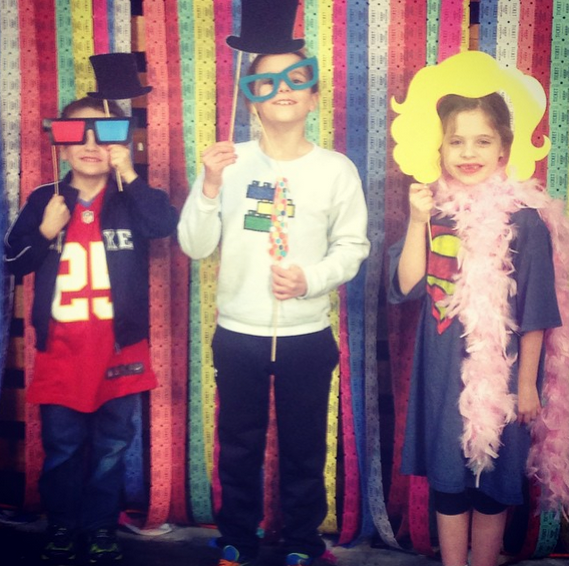 Here’s the thing: many times in my life, I haven’t chosen to be a victor, to reach past the pain and hurt and look for ways to bless others. I’ve sat and sulked. I’ve let the pain overtake me. I’ve held numerous pity-parties.

And I’ve missed out on many blessings as a result. Which is why I couldn’t let my girls just sit in the car and feel hurt and upset that they didn’t get picked at the party.

We acknowledged that it hurt. We talked about situations where they could inadvertently do the same thing to others and how they need to always be on the lookout for this. And then we talked about ways they could reach out to others who might also feel lonely and left out.

Just two weeks later, we were in the car again. And this time, Kathrynne said, “Mom, you know my friend so-and-so? I’ve noticed that they’ve seemed sad and out-of-place in situations recently. Could we invite them over to play? Because I really want them to be a better friend to them.”

There couldn’t have been a bigger beaming smile on my face if I had tried. Yes! This is what it’s all about.

The more you focus on others, the less time you’ll have to feel lonely and left out. 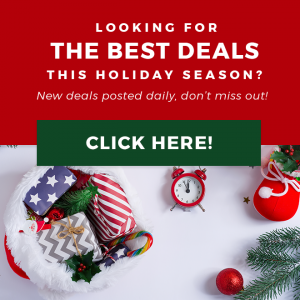