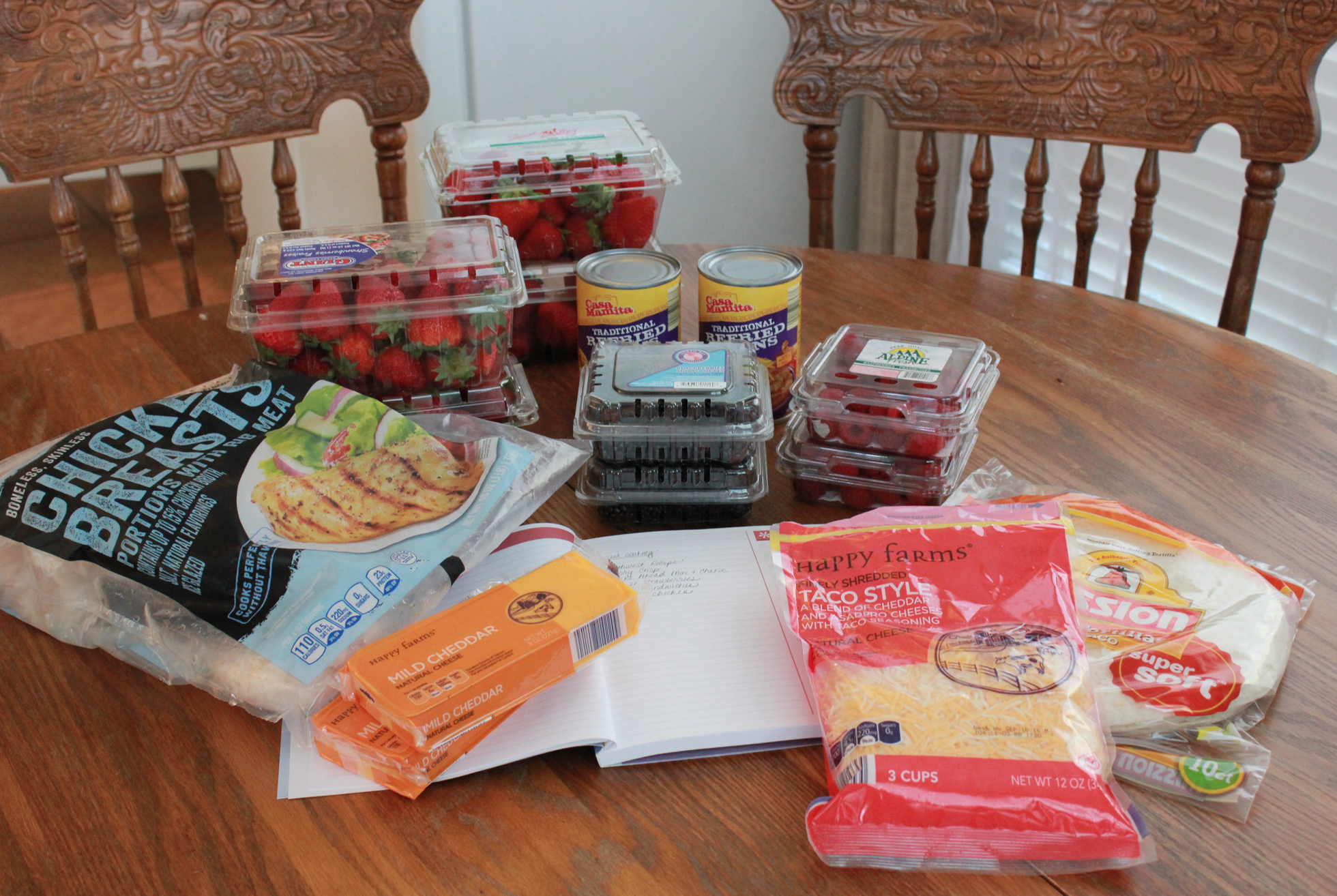 So, as you may have noticed, after years of being a big advocate of Freezer Cooking, I had sort of fallen off the bandwagon.

Well, “sort of fallen off the bandwagon” isn’t even close to accurate.

I fell off hard and didn’t even attempt to get back up on the bandwagon. I kind of just laid on the side of the road and tried to pretend I wasn’t once such a hardcore freezer cooking proponent. 🙂 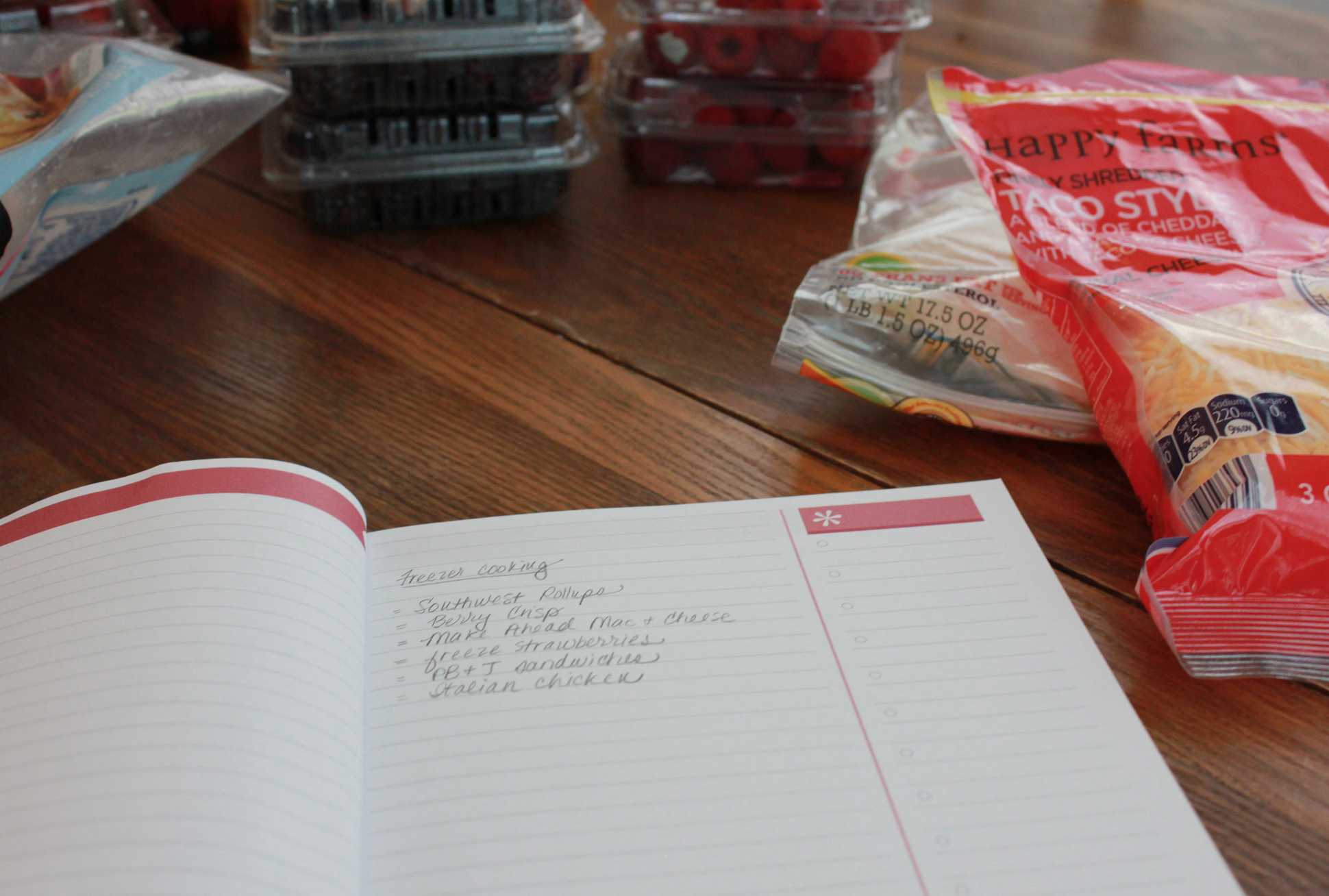 I could state a dozen different reasons why I stopped freezer cooking, but the truth of the matter is that I let other things take a higher priority. And since Jesse’s been doing so much of the cooking, we’ve been surviving just fine without me regularly stocking the freezer.

However, now that summer is here, school is finished, and I feel like I have more breathing room in our schedule, the freezer cooking itch resurfaced again.

For a little while, I tried to ignore the itch.

But then I thought of all the yummy things I used to stock the freezer with. And, well, my appetite got the better of me and I came to my senses and realized that I should stop ignoring the itch and actually get up and do something about it. 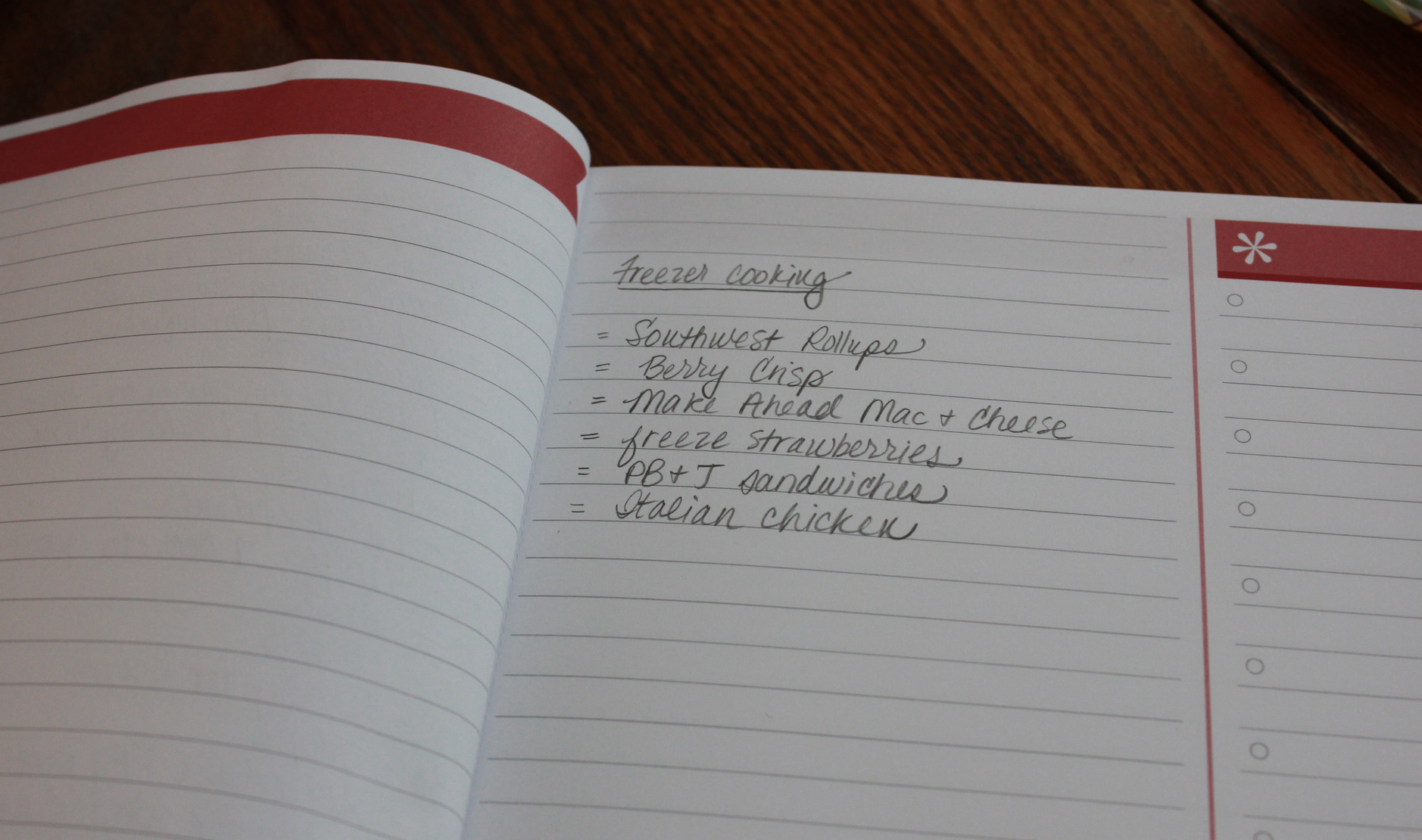 So I looked through the refrigerator, cupboards, and freezer and made a real freezer cooking list.

And I felt all domestic and homemaker-y just by writing the list.

{Of course, I’m one of those weird people who just absolutely adores list-writing and lists. They make me so happy!} 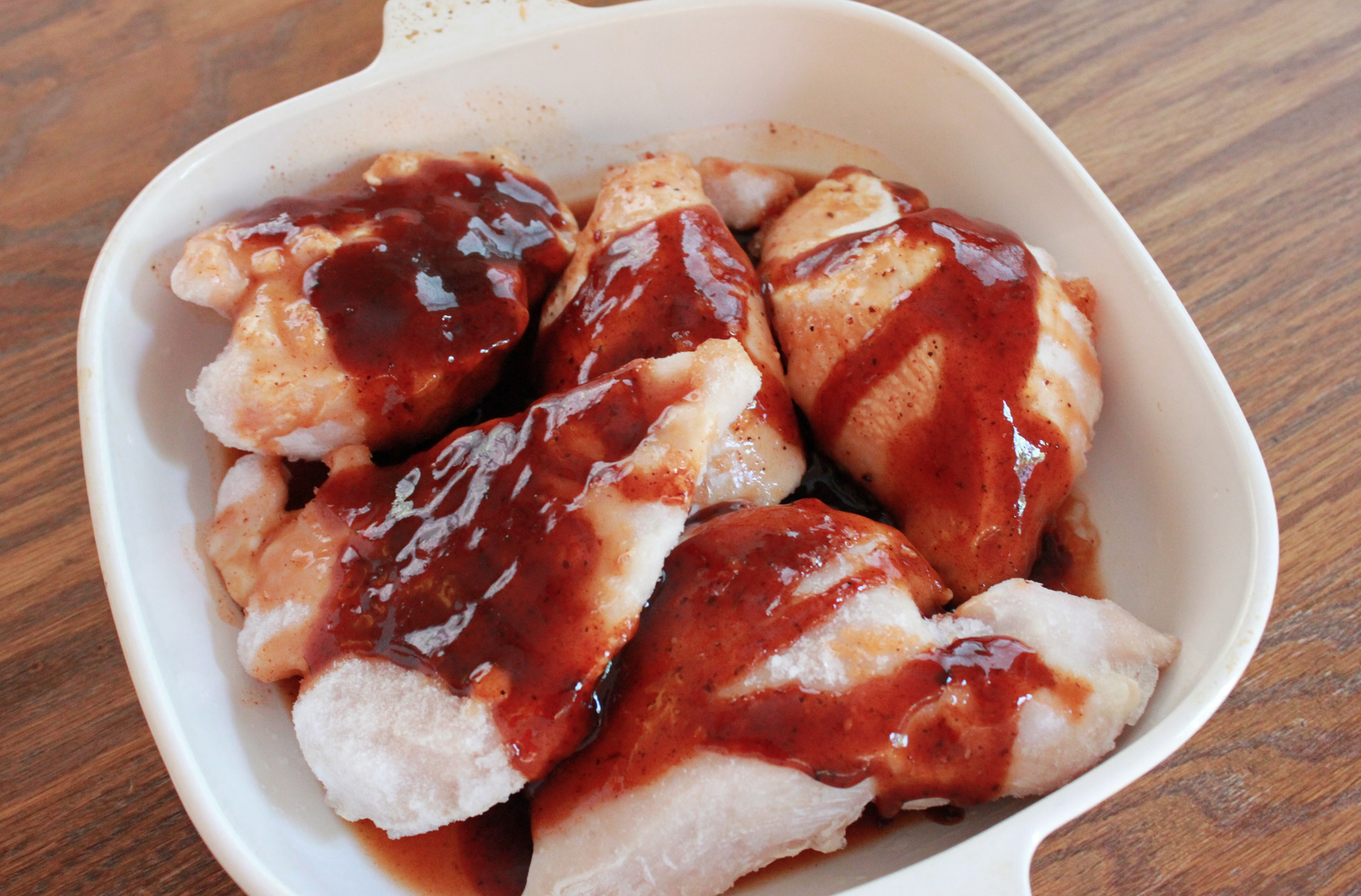 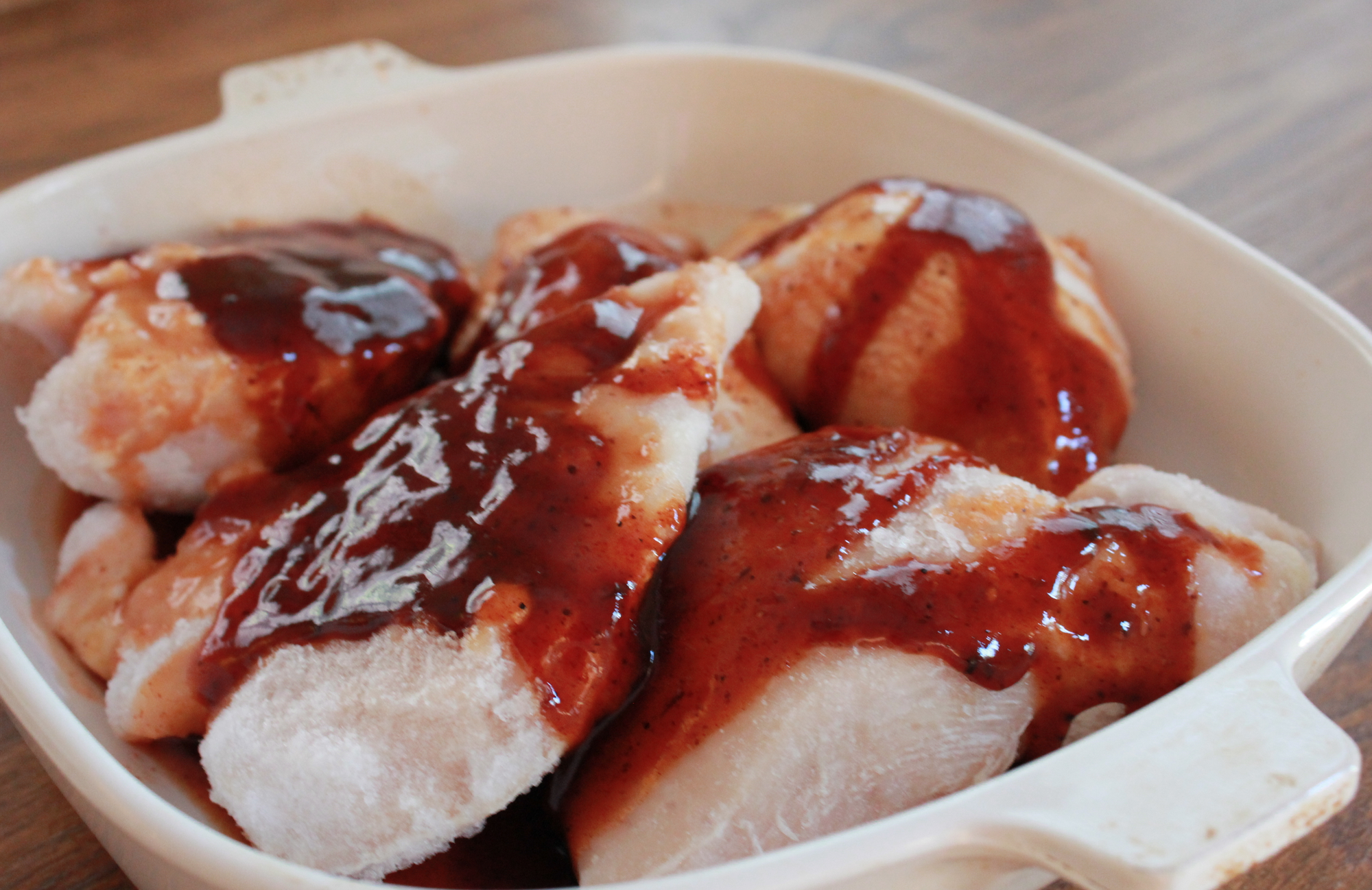 I made the Barbecued Chicken first because I wanted to get it in the oven for dinner. This is literally the easiest recipe on the planet. A bottle of barbecue sauce dumped over chicken breasts.

(I used frozen chicken breasts and stuck it all straight in the oven. Which meant it had to cook longer and probably goes against all the cooking rules. But whatever. I’m a cooking rebel like that. ;))

You can also cook this in the crockpot or on the grill. It’s yummy however you cook it! 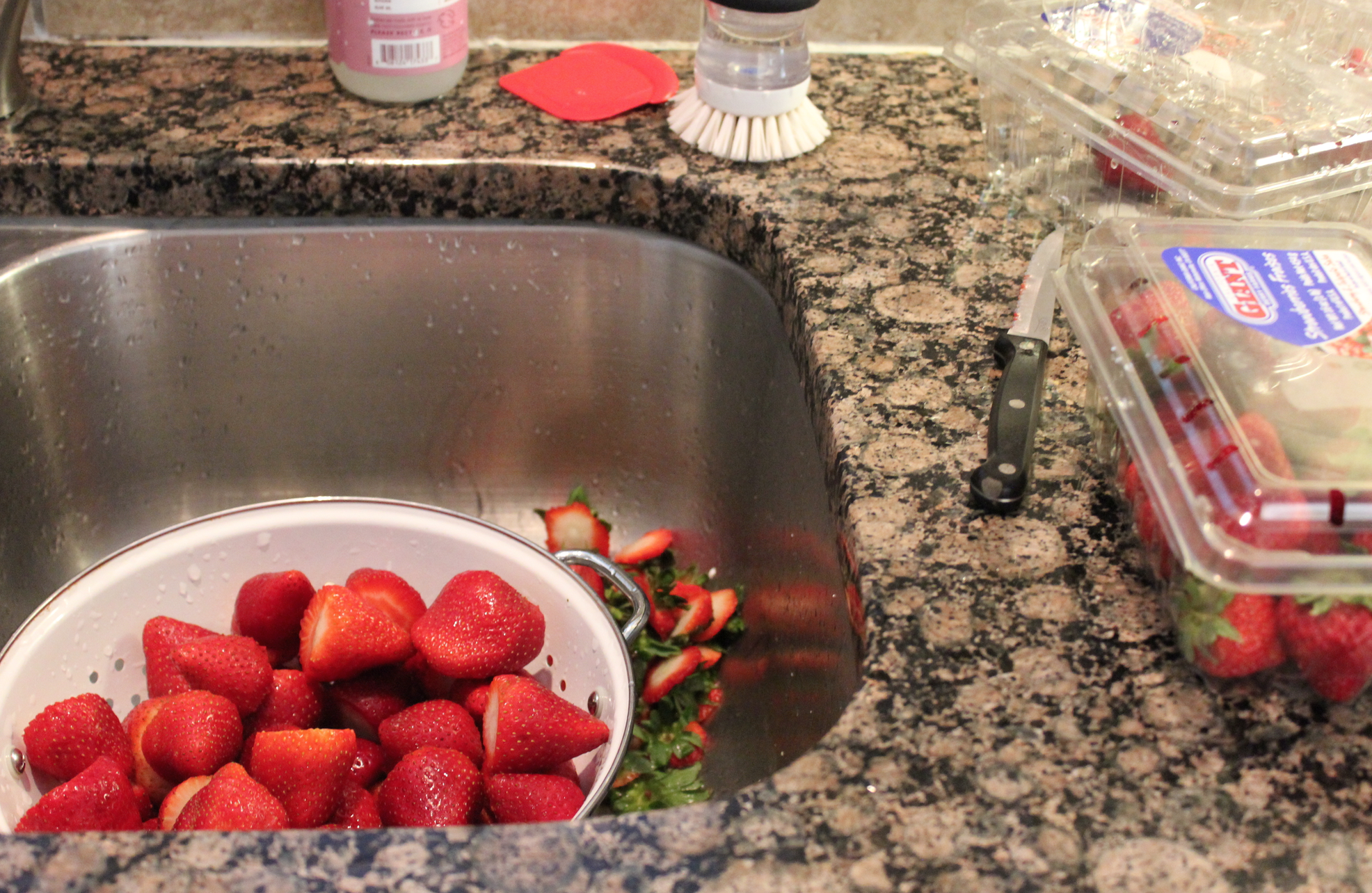 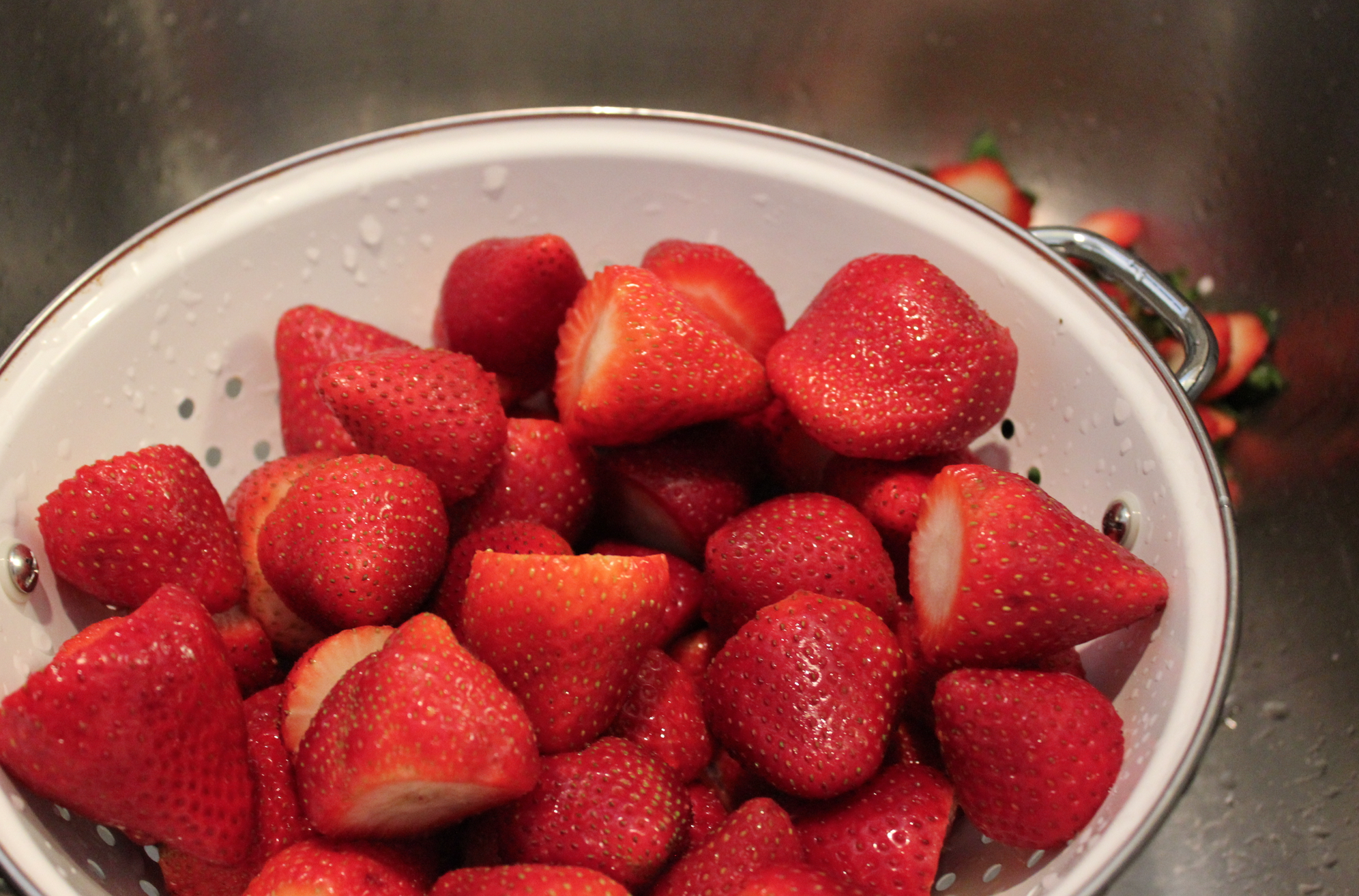 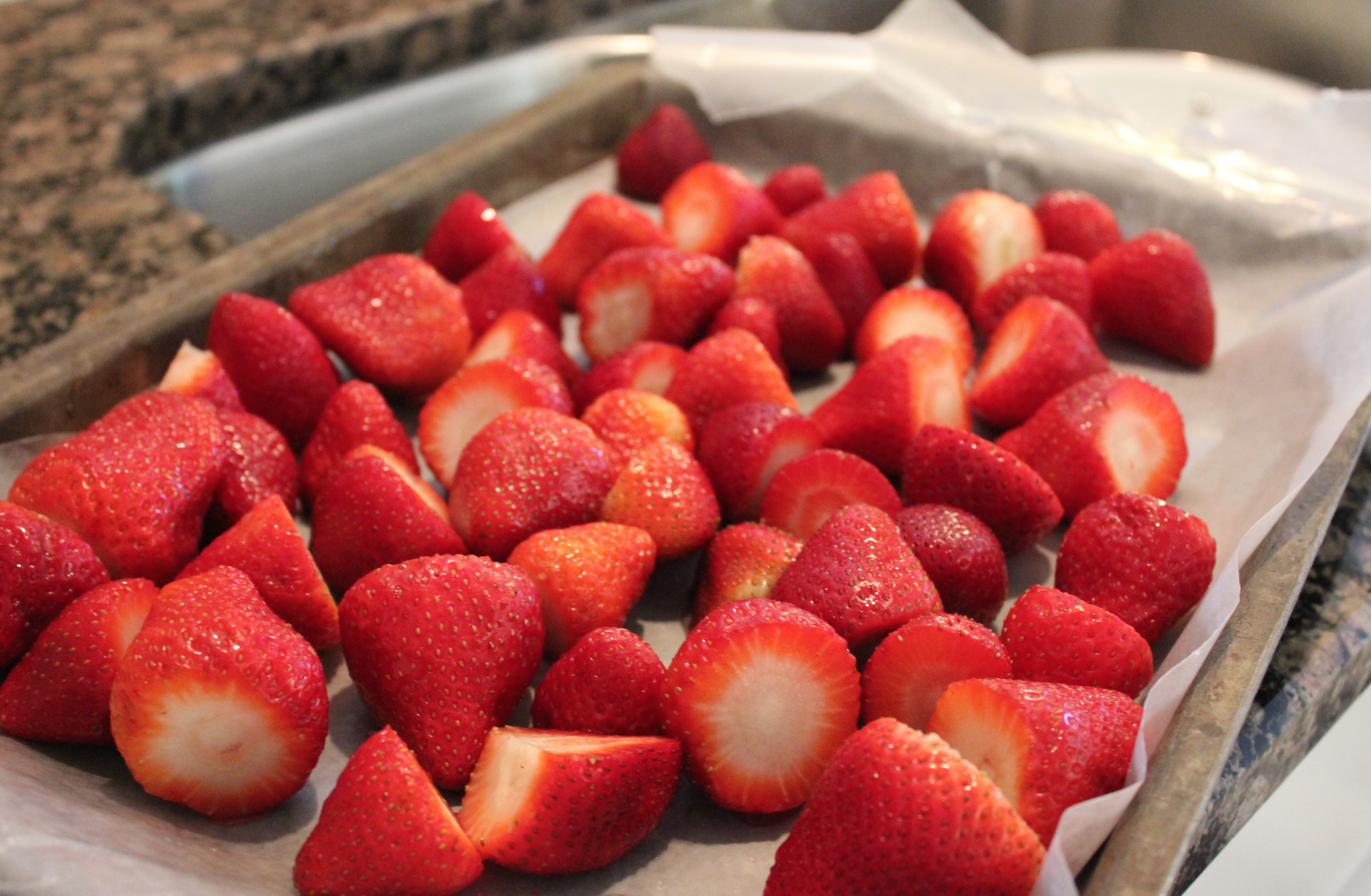 Berries have been on sale at Aldi and elsewhere recently, so we’ve been in berry heaven around here. We had some extras and I wanted to freeze them for smoothies. Why? Because my kids down smoothies in summer like their life depends upon it! 🙂 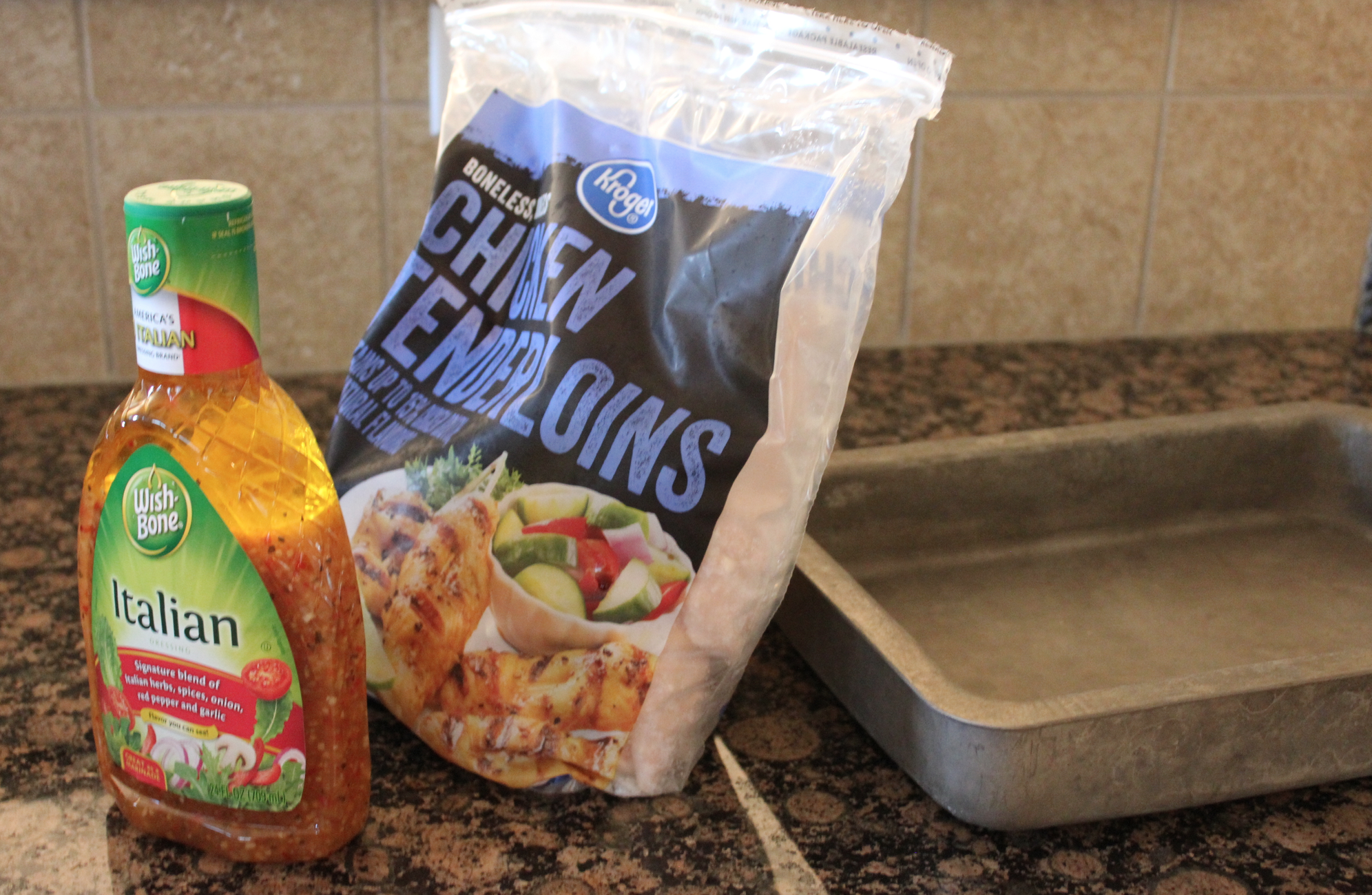 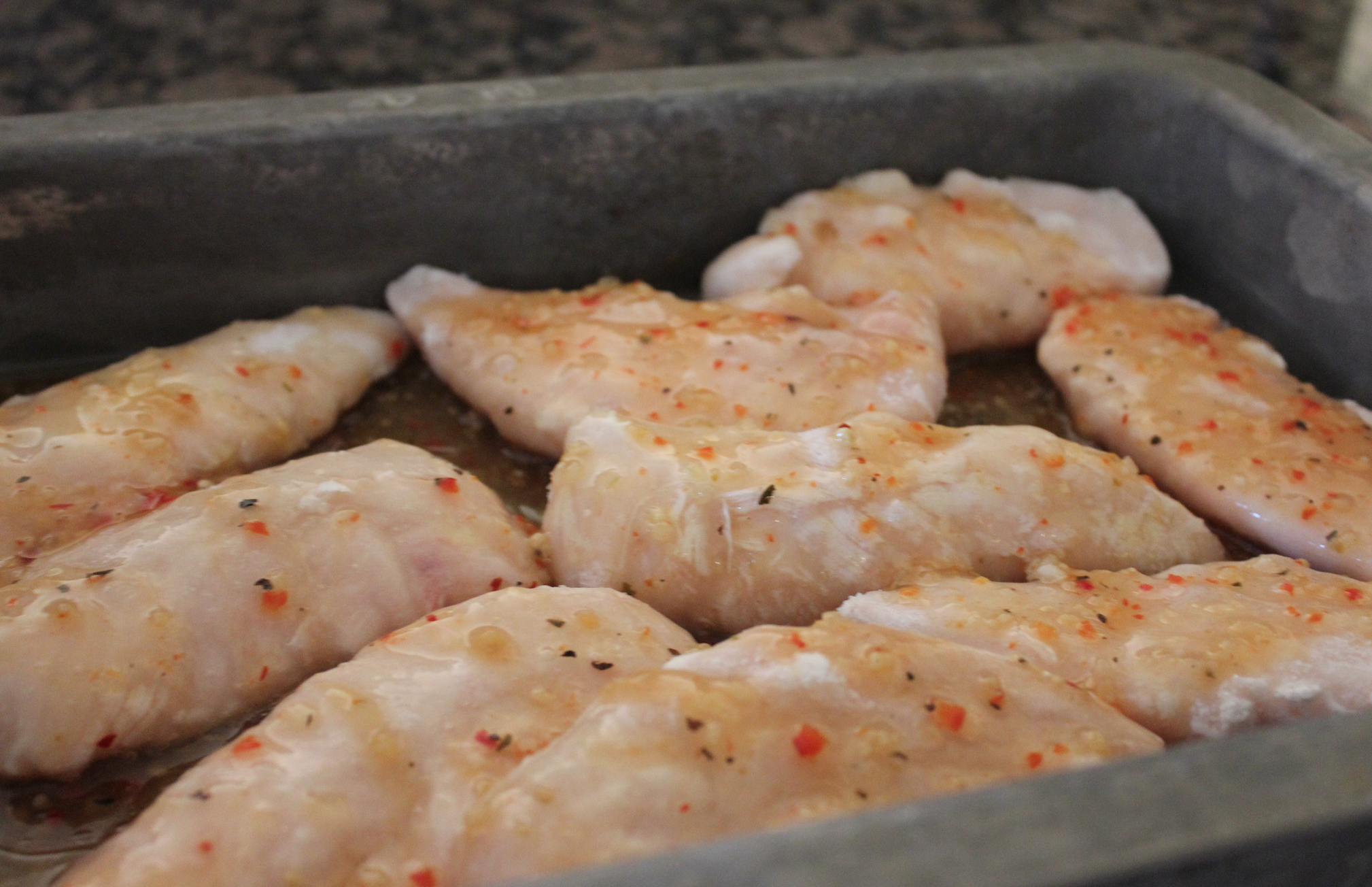 Okay, I sort of lied. Because I told you Barbecued Chicken was the easiest recipe on the planet. Except, I think Italian Chicken might tie for first place when it comes to the Easiest Recipes on the Planet Contest.

{If there really was such a contest, you know that I could enter pretty much all my recipes in it. Because, well, I’m the cook who likes one-bowl recipes with fewer than seven ingredients and two steps, thank you very much!}

This recipe is such a winner and every time I serve it to people they rave about it. And then I’m kind of embarrassed when they ask me for the recipe. 😉

People always wonder how I can make so many different recipes in such a short amount of time. Well, it’s because my “recipes” are so crazy easy that we probably shouldn’t even call them recipes. But they are food that my people eat and love and that I make with ingredients (even if there are only two or three of said ingredients!), so that qualifies them as “recipes”, right?

{If you just said “wrong”, please don’t tell me. I don’t want to be wrong! I never like to be wrong, ever, but especially not if it means I have to start using multiple bowls and steps and ingredients I can’t pronounce. No, ma’am!} 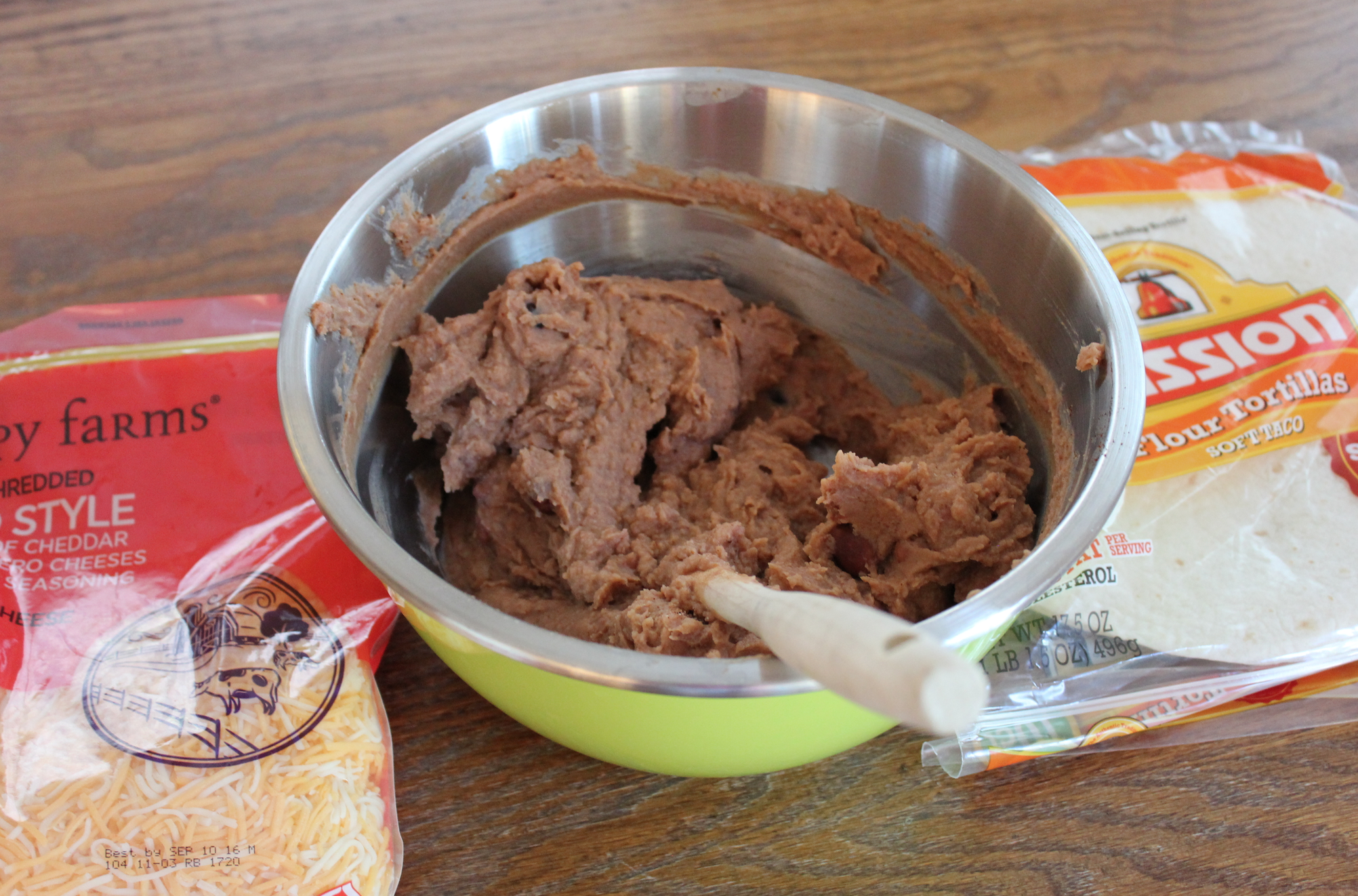 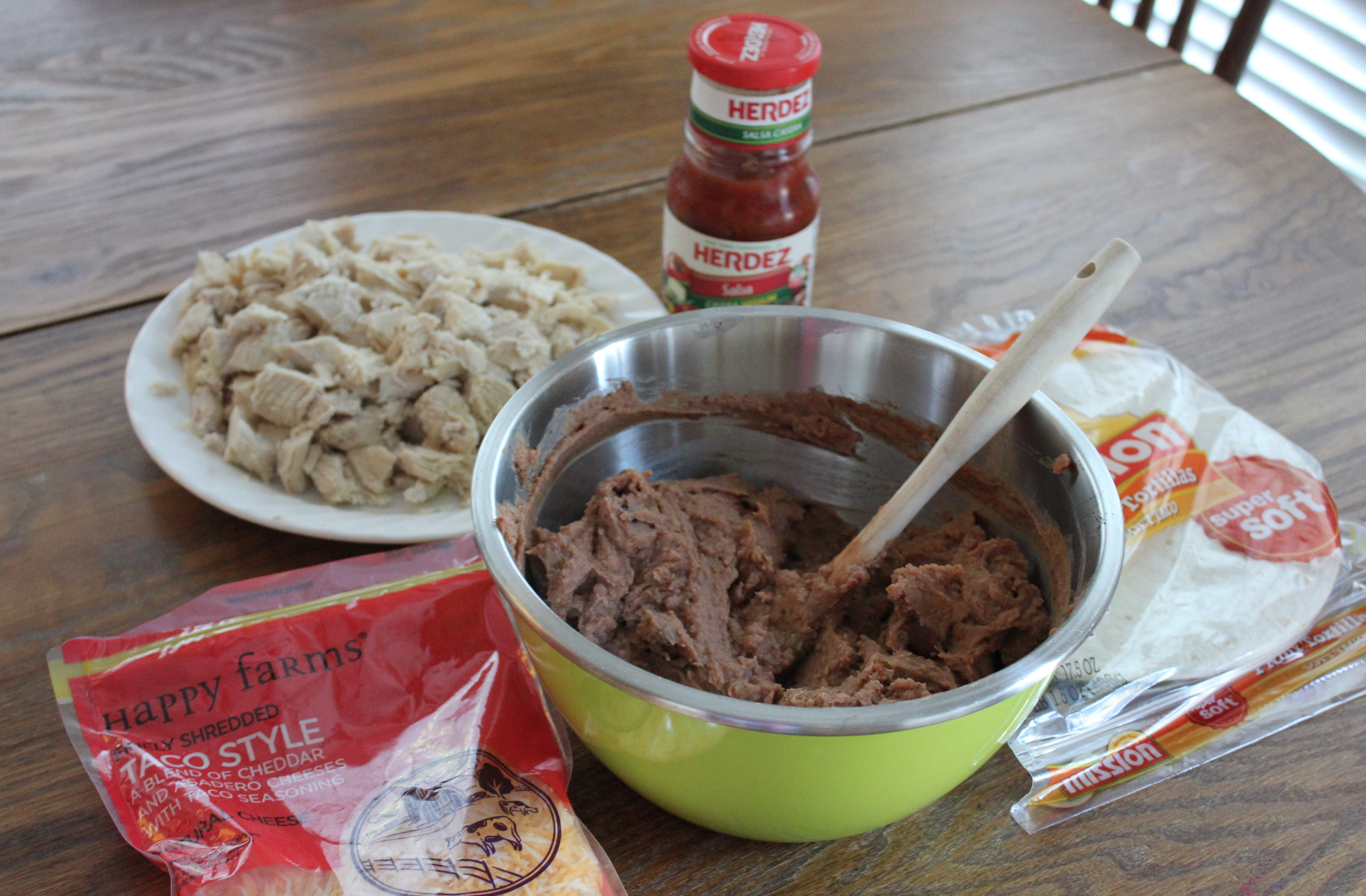 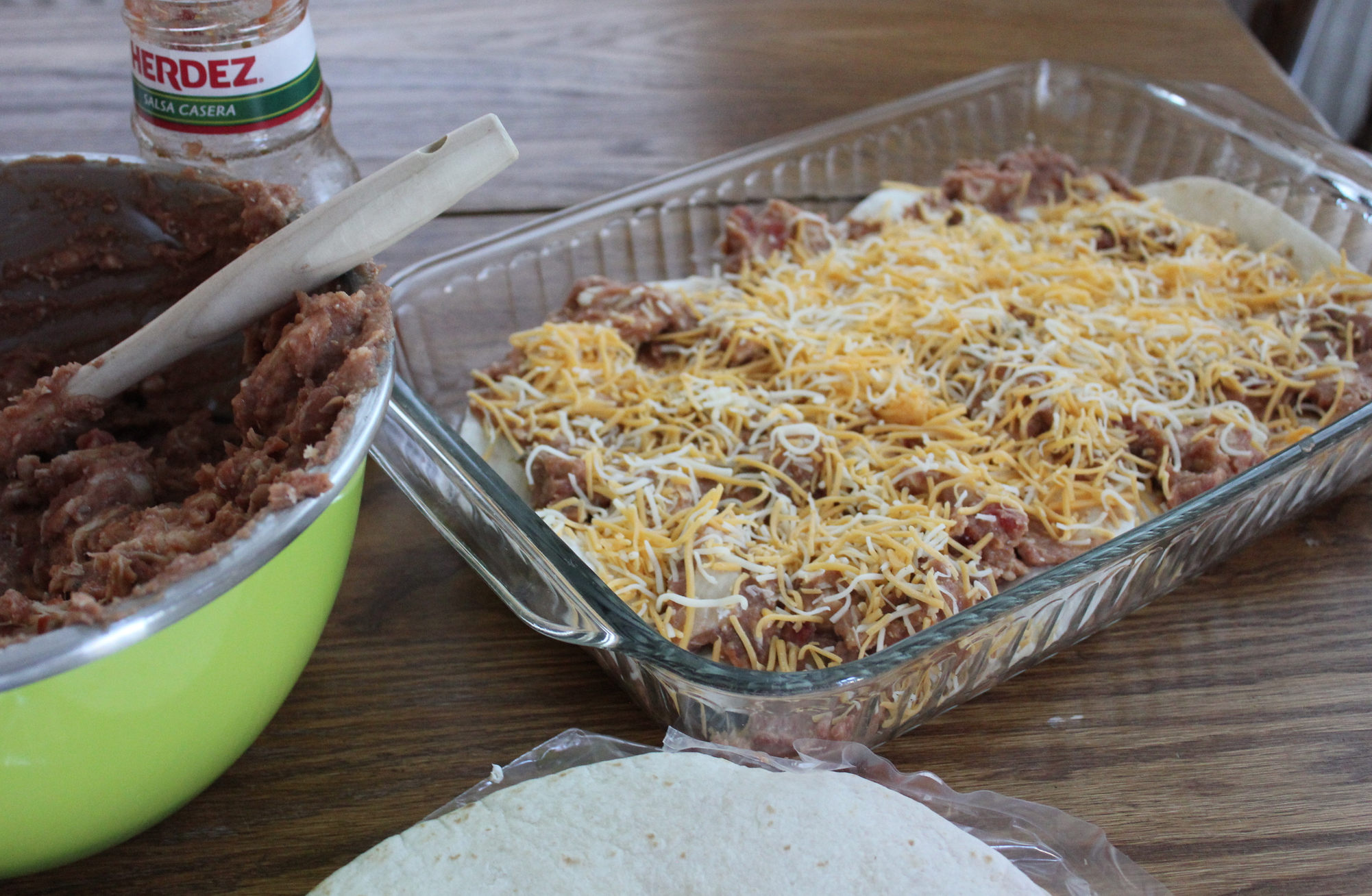 This Southwest Rollups recipe has been a family favorite since the beginning of our marriage. It’s easy (of course!), frugal, and filling.

I got lazy and decided to change things up a little this time around. Instead of rolling up the filling inside the tortillas, I tried making it like a sort of Southwest Rollup Lasagna. It was super easy, but we haven’t tasted it yet to see if we like it this way or not.

(That’s the only downside to posting about my freezer cooking the week I cook… We haven’t actually tried everything yet! Because the point of freezer cooking is so I have things in the freezer for later! ;))

I think it will work well, but it does kind of negate the whole “being able to pop a rollup in the microwave at any time of the day or night” thing that the usual way of making the recipe allows you to. However, I don’t think my family will complain.

Plus, it will guarantee that no one sneaks rollups without me knowing about it and then me going to serve my family rollups and finding that they are all G-O-N-E! Don’t ask me how many times that has happened! 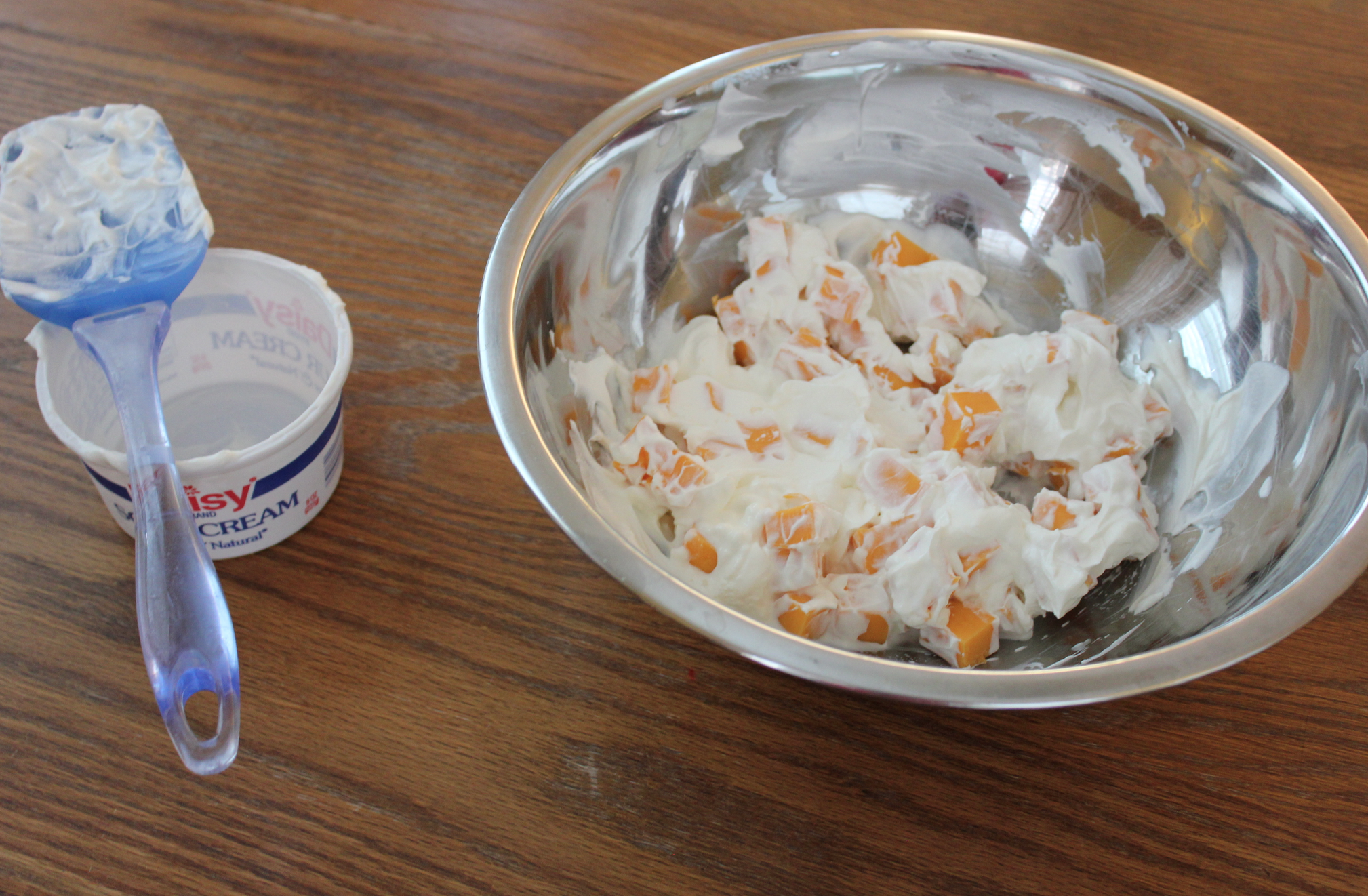 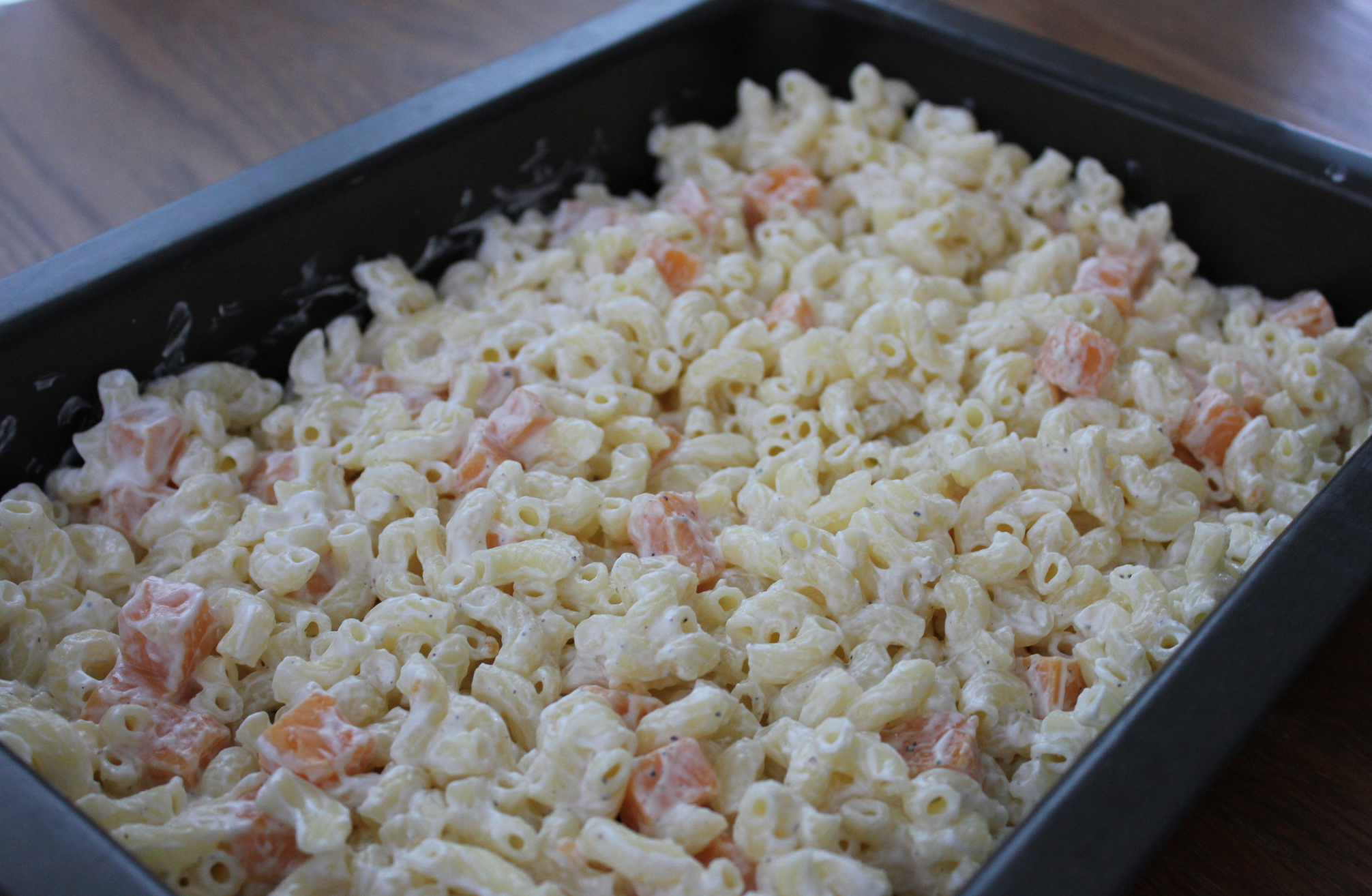 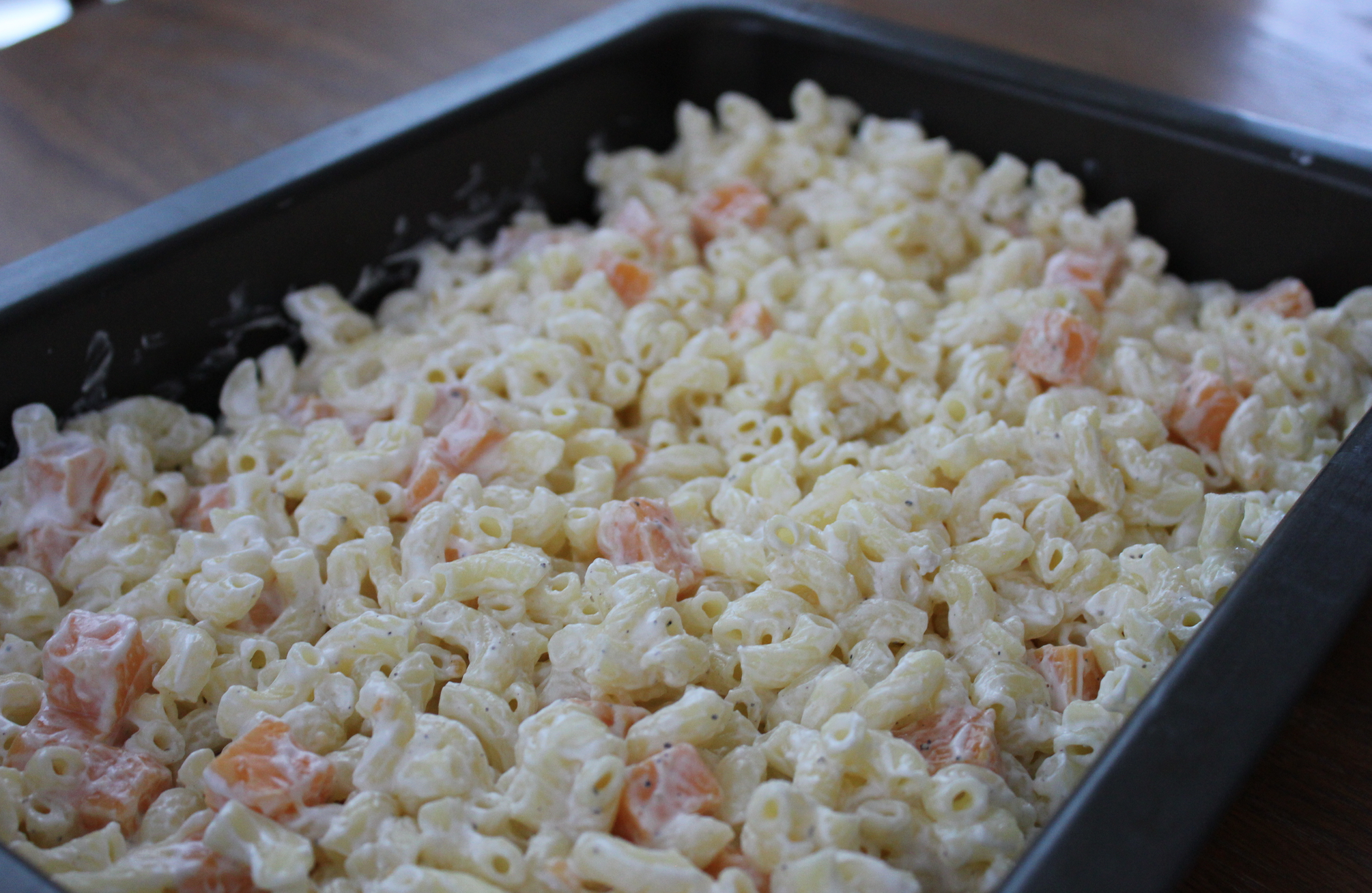 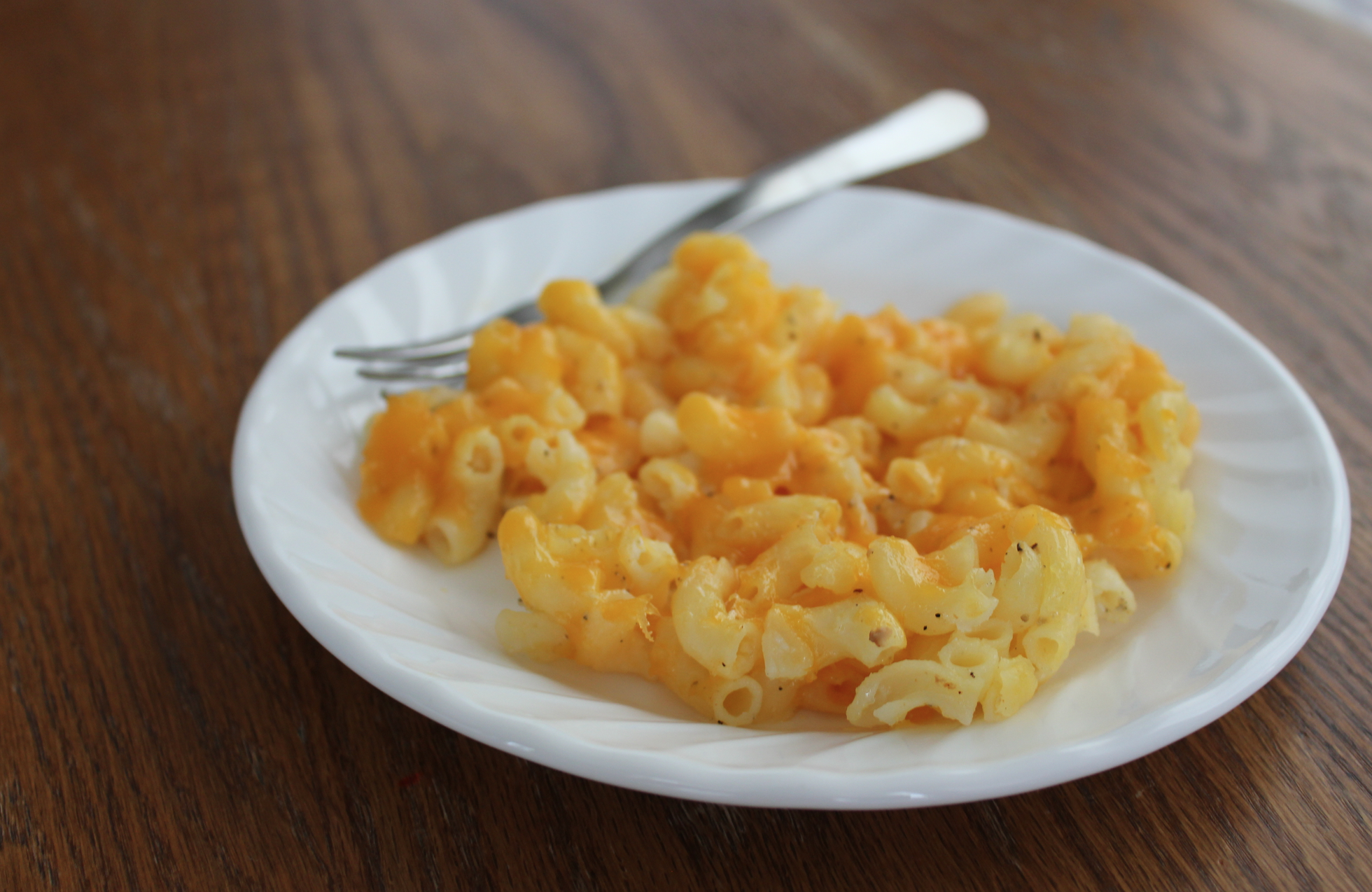 I loved this Mac & Cheese recipe so much that I had to write a whole post swooning over it already. You can go read it here. 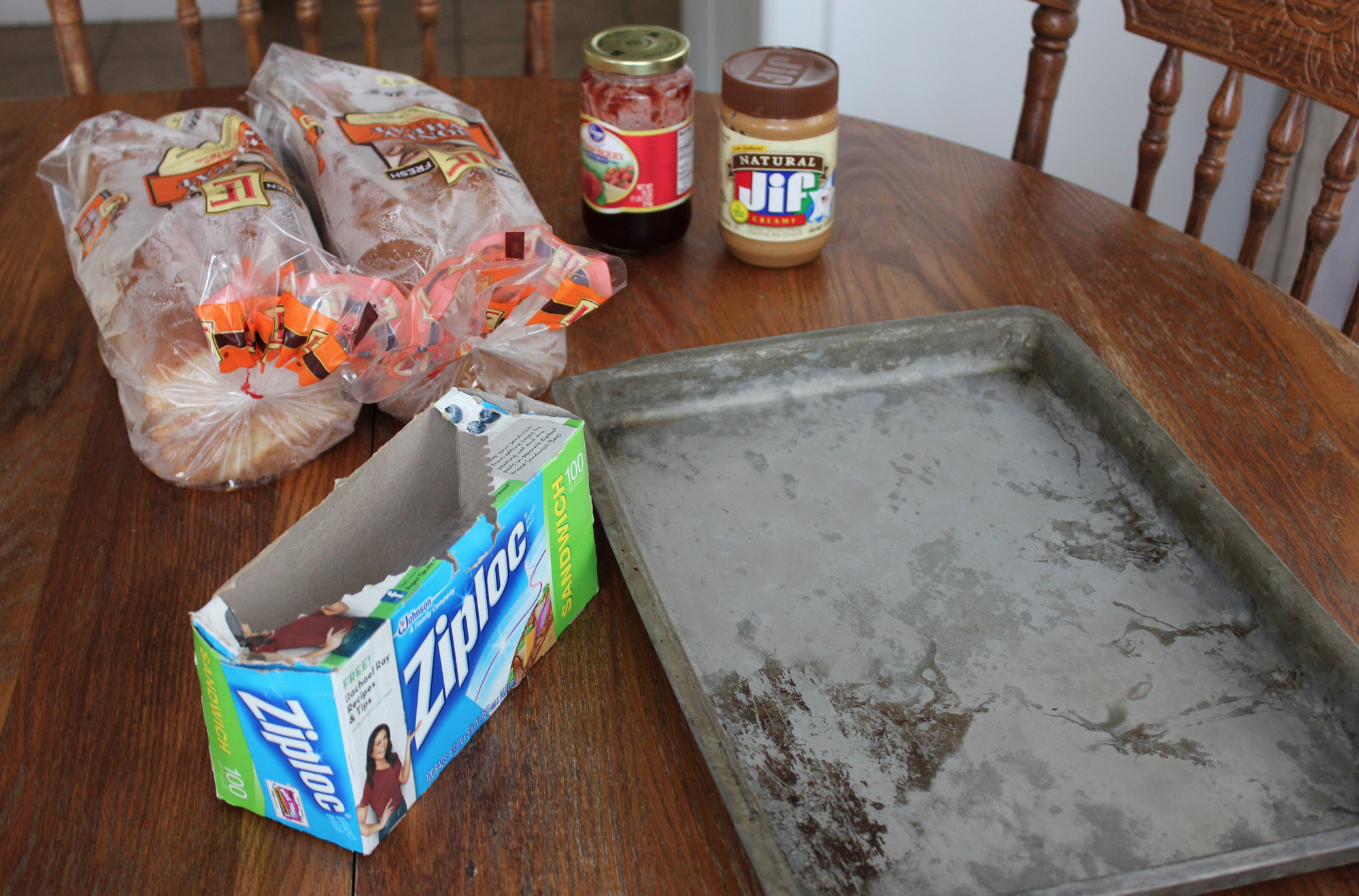 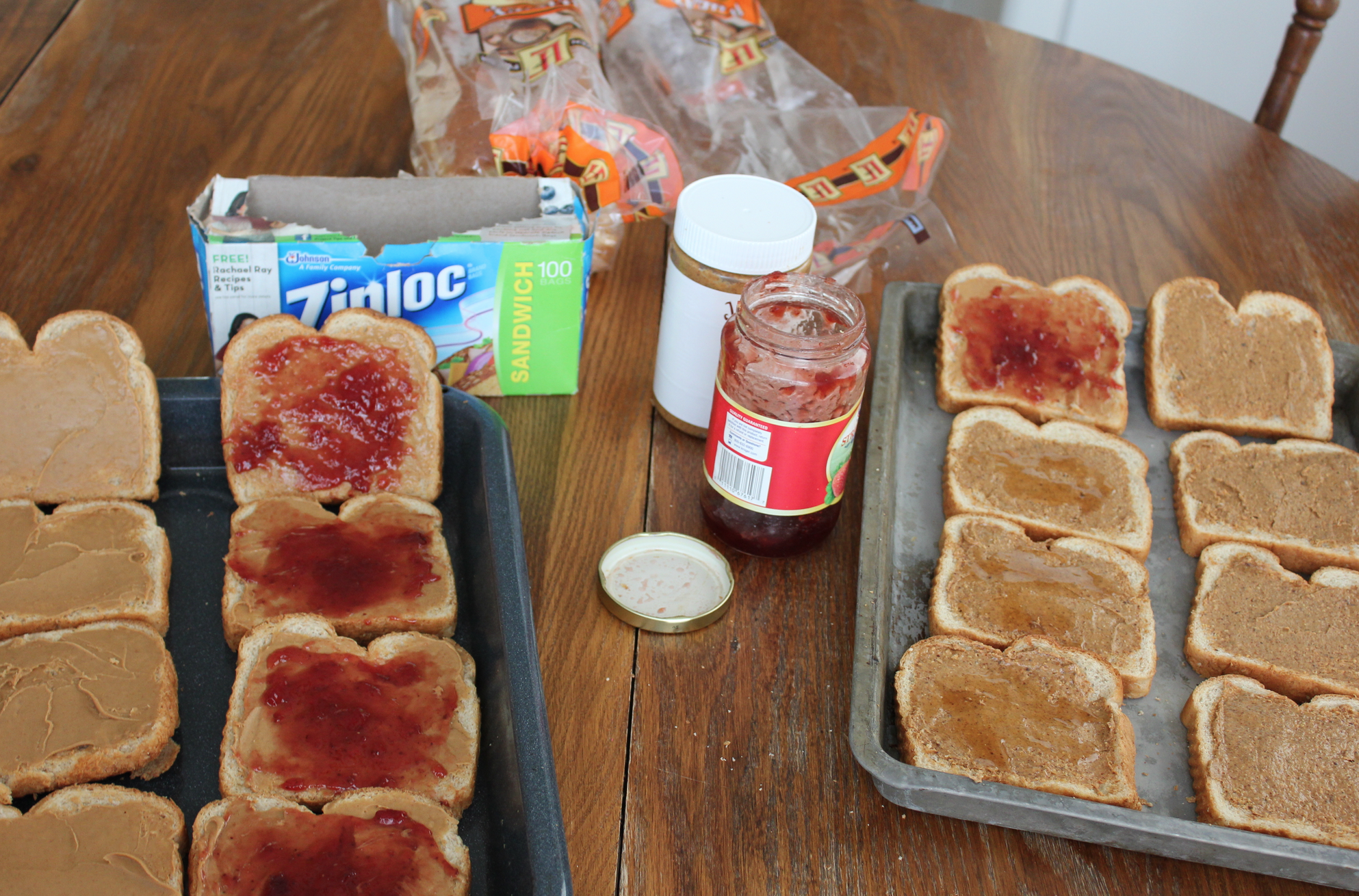 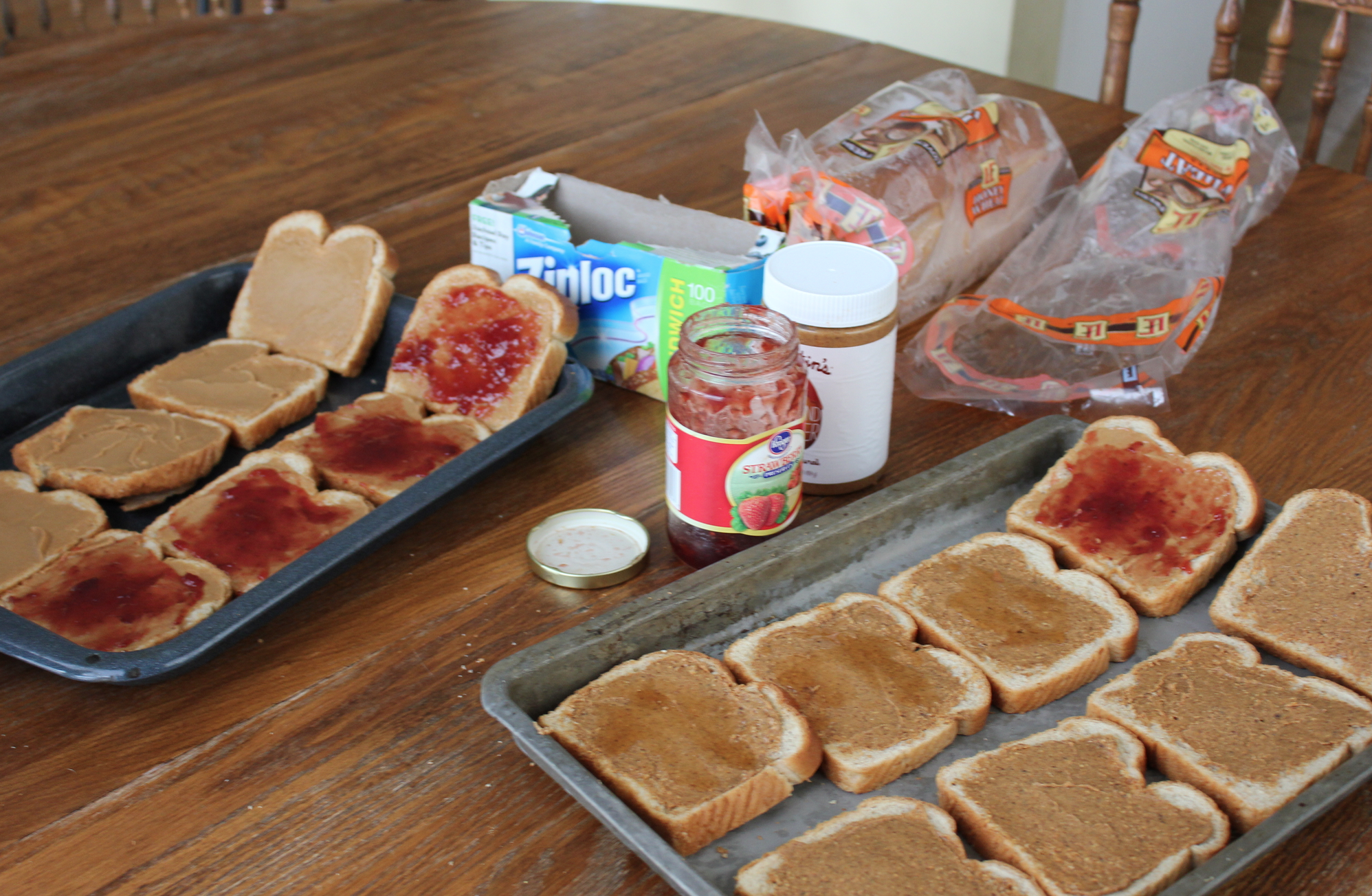 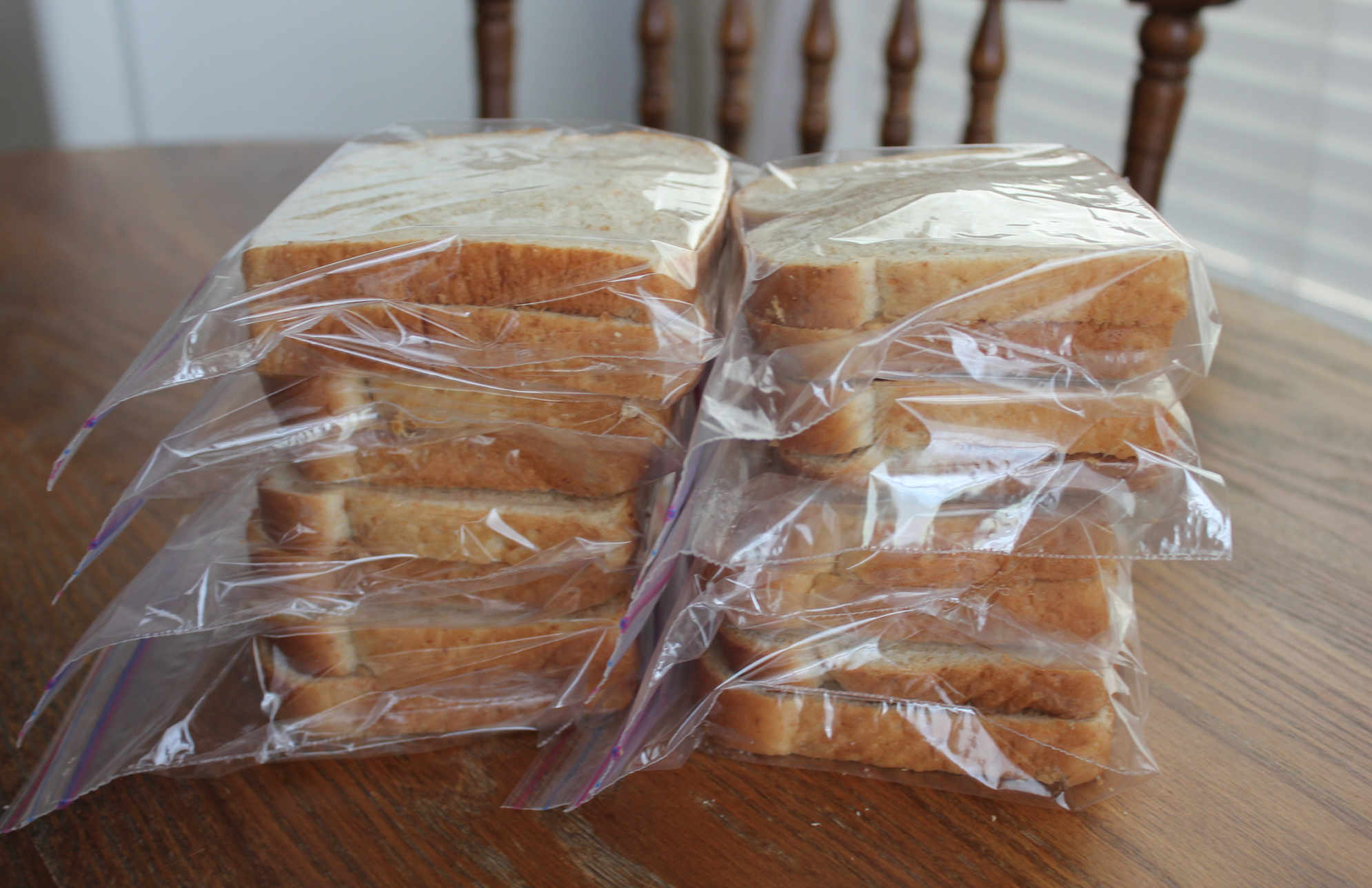 And I made Freezer-Friendly PB&J Sandwiches — a perfect thing to have in the freezer on busy summer days! I even did a quick video about it because so many people have asked me about this “recipe” recently. Watch the video here. 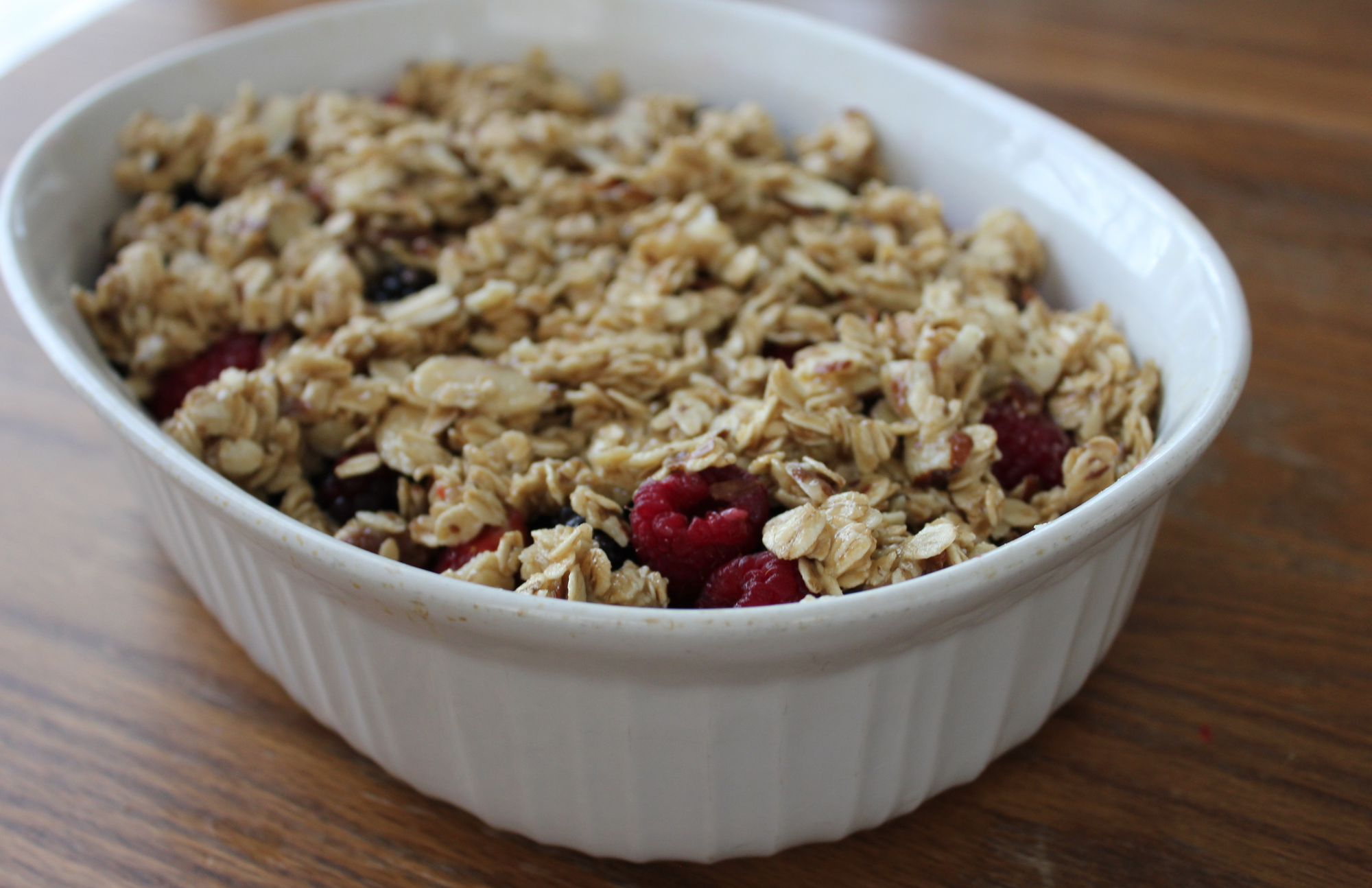 And I saved the best for last! This Berry Crisp is amazing. Amazing, I tell you. (I used blackberries, raspberries, and strawberries. I also added some almonds to the crust and used flour instead of almond meal.)

Truth be told, I had no plans to put this beauty in the freezer. It was going straight into my stomach as soon as it was done.

I had it for dessert last night and then again for breakfast this morning. I told myself it was basically like eating a bowl of oatmeal with fruit. Ahem. 🙂

So there you have the full scoop on my freezer cooking from this week! It felt so good to be making ahead food in the kitchen and it feels SO good to have food at-the-ready in the freezer.

Now tell me, why on earth did I ever think it was okay to fall off the Freezer Cooking bandwagon?? I have no idea… but I can tell you this: I’ve hopped back up on the train and plan to be sharing lots more freezer cooking posts with you in the coming weeks and months! 🙂

Do you have any great freezer cooking recipes to share that you think I should try? Share the link in the comments!