A testimony from Victoria who blogs at Snail Pace Transformations

Back in March, it dawned on my husband and I that both our boys would be in church camp for a week at the same time — within two weeks of our wedding anniversary! My daughter told us that she was more than willing to stay with friends for the week if we wanted to getaway just the two of us, and so a special anniversary getaway was born.

The next obstacle was paying for the getaway. We had already put away a small sum for a night out for two for our anniversary but it was not going to be enough to stretch into a 3-night, 4-day event.

I immediately suggested we go camping to keep costs down. At first, my husband was less than thrilled. But he soon warmed up to the idea.

We decided to stay at the Sand Dunes State Park in Indiana, located just a few hours away from us. We booked the spot in advance with some of the original money marked for our anniversary.

With the spot booked, we made an agreement that the rest of the funds for the trip would come from selling things we already owned and no longer needed. Here are some of the things we sold:

After the sales, we were just a bit short of the amount of money we thought we would need, so I held an Eat From the Pantry Week, and added the grocery money saved to our anniversary trip envelope. This gave us exactly the amount we wanted. 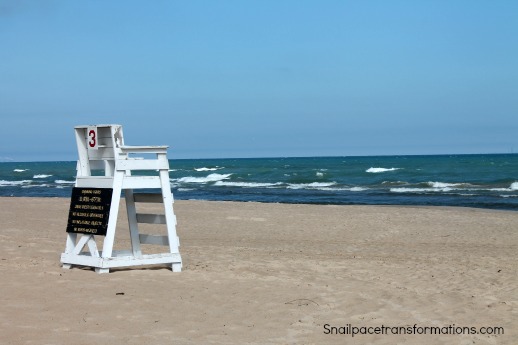 With our cash in hand, we set out on our trip and had a very relaxing time. We rented Redbox movies to watch in our travel trailer together, read side by side for hours, enjoyed bike rides and long hikes. In fact, except for dinners, we didn’t leave the park — which saved us a lot of money.

Both of us arrived home feeling well rested, and my once-reluctant-to-camp husband said he didn’t know camping alone would be so much fun. (Of course, having a travel trailer helps!)

We also came home with $184 left in our Getaway Envelope, which we have agreed to use to take the children camping soon.

Victoria is a homeschooling mom of three who writes at Snail Pace Transformations with the mission of helping moms find the time and money they need to pursue their passions while maintaining harmony in their homes. Her own passions include running, biking and knitting.