A testimony from Scott who blogs at In Due Sea$on

As followers of Dave Ramsey, my wife and I live, eat, and breathe avoiding debt. We have been following the Total Money Makeover plan for over four years, and always pay with money we have, versus money we plan to have.

Early in the program, with the threat of a possible job loss, we began to save as much cash as possible, for what Dave Ramsey referred to as the “rainy day fund”. With storm clouds looming, we temporarily halted our debt snowball and socked away as much money as we could for several months. After a job change and a more stable income, we were prepared to put that money back towards paying down our debt.

However, our 27-year-old roof saw to it that our savings would go elsewhere. We tried to hold off as long as possible on the repair. However, once it began to rain in our kitchen, we knew we couldn’t hold off anymore!

After pricing quality roofers in our area, we found a great contractor to do the job for $20,000. For the extensive amount of work we needed, that was actually a good price.

But we wanted better. It’s hard to part with your emergency fund money, even for an emergency.

So, when drawing up the contract, I broached the question, “What will you take for the job if we pay in cash?” A surprisingly quick “$17,000.” was the response. Still painful, but it was encouraging to realize we could have bought a decent used car with the money we saved by “going green”! 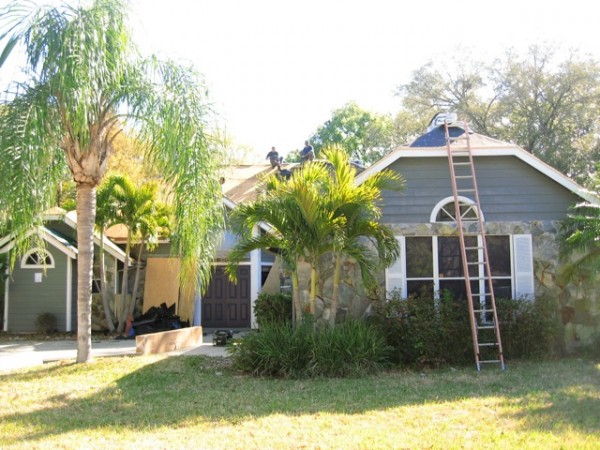 That expense set us back close to a year on our Total Money Makeover progress, but I can tell you that it’s a good feeling to pull into our driveway everyday and look at that roof, knowing that it’s paid in full. Had we financed the roof, it would probably have to be replaced again by the time we finished paying off the interest and payments!

Scott Kerzner blogs at In Due Sea$on, a site based on the life of a Dave Ramsey follower. He and his family just finished Baby Step 2 of the Dave Ramsey plan and have paid off $100,000 of debt… even after many setbacks along the way!