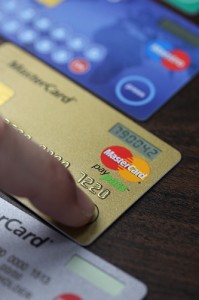 Secrets of a Former Credit Card Thief is a fascinating article and one which everyone who uses debit and/or credit cards needs to read in order to protect themselves:

We’ve all heard the standard tips about preventing identity theft and credit card fraud. But what would a real identity thief tell you if he had the chance? Dan DeFelippi, who was convicted of credit card fraud and ID theft in 2004, says simply this: You can’t be too careful.

DeFelippi, 29, mostly made fake credit cards with real credit card information he bought online. “I would make fake IDs to go with them, and then I’d buy laptops or other expensive items in the store and sell them on eBay,” he says. DeFelippi was also involved in several other kinds of scams, including phishing schemes that exploited AOL and PayPal customers. Committing credit card fraud is still “ridiculously easy to do,” he says. “Anyone with a computer and $100 could start making money tomorrow.”

After his conviction, DeFelippi faced eight years in prison, but under a plea deal he agreed to community service and to pay back more than $200,000 in restitution. He also worked for the U.S. Secret Service, helping to infiltrate the online underground and training agents in the latest fraud techniques. His help led to the arrests of five to 15 people over two years. Today, he’s a Web developer at a graphic design company in Rochester, N.Y. He agreed to take an hour with CreditCards.com to share his story and his top tips on how to protect yourself.