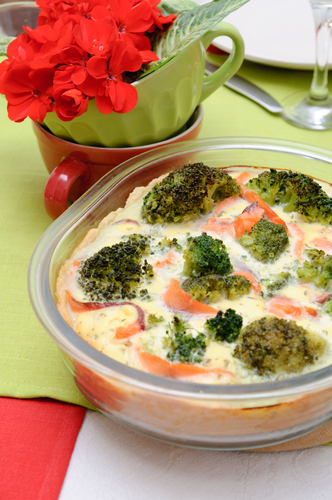 As I’ve mentioned in the past few months, I’ve been simplifying and streamlining a lot of areas in my life so that I can focus on the most important priorities, not overload my plate and have time to “stop and smell the roses” instead of feeling like I’m barely staying afloat.

Now that I have three children and a big chunk of our day is dedicated to homeschooling, I’m finding that fitting in a Freezer Cooking Marathon is just not, well, fitting in. In addition, we haven’t been eating casseroles and instead are mostly eating simple dinners of meat, veggies and either fruit and/or mashed potatoes, rice or bread. These meals don’t require a lot of prep work ahead of time, unlike the meals I used to make on Freezer Cooking Days.

The past month, I’ve been experimenting with doing a 30-minute batch-cooking session once or twice each week — marinating four meal’s worth of chicken breasts, quadrupling a batch of meatballs, making up a quadruple batch of pancakes or cooking a roast in the crockpot and then shredding it and turning it into a few meal’s worth of barbecued beef. I usually tack this onto our regular dinner prep in the late afternoon and I’m discovering if I do this once or twice each week, we consistently have at least a week’s worth of meals in the freezer at all times.

I was feeling guilty about doing Freezer Cooking this way as it just didn’t seem “right” compared with how I’ve always done it. When I was talking with FishMama about the guilt I was struggling with in admitting to you all that having a Freezer Cooking Marathon is just not working for us right now, she reminded me that there is no right way to “do” Freezer Cooking.

It’s not about trying to copy what works for someone else or trying to mimic what once worked for us. Being a successful homemaker, wife, mother and home economist is about finding what works for you and your family and doing that — and having freedom from guilt about what others do or don’t do.

So, I’m going revamp my previous Freezer Cooking methods and do what works for us right now — which is just having a mini freezer cooking session once or twice a week. I might not stay as far ahead or have my freezer quite as stocked, but it will still save us a great deal of time. And I really don’t think it will end up taking any extra time and my kitchen won’t get so utterly destroyed all at once (though I might end up washing a few extra dishes by breaking it up like this).

I’ll still be posting an occasional freezer-friendly recipe, but I’m handing off the hosting of the monthly Freezer Cooking Day link-ups to FishMama for now (she so generously offered to take over the shouldering of it for me!). I may pick it back up again in the future, but for now, I’m going to guiltlessly enjoy doing what is working for our family.