Home » Crystal Paine » Why We More Than Doubled Our Grocery Budget 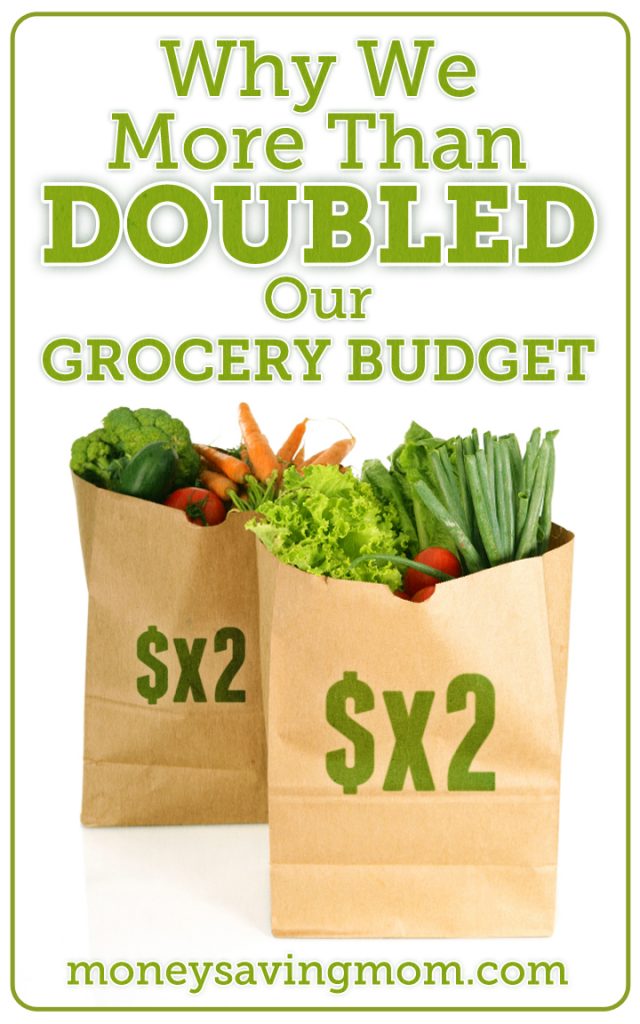 It’s taken me weeks to work up the courage to write this post. But I finally decided the day had come… and I’m going to press publish on this, even if it means that some people don’t understand or are disappointed with me.

You see, for years, our family has been known by the fact that we have a really, really low grocery budget. In fact, this site started as an outgrowth of people’s interest in how we’ve kept our grocery budget so, so low.

I will never forget our lean law school years when we didn’t have more than $17 to $30 per week to spend on groceries, when we had to just drum up the best meals we could with what was on a great sale and what I could get for pennies with coupons, when we had many meatless meals because we couldn’t afford to purchase more than a pound or two of meat each week, when we ate peanut butter and jelly sandwiches every single day for lunch for weeks and weeks on end.

It wasn’t fun. It wasn’t easy. But it was worth it.

Those short-term sacrifices eventually paid off into many long-term benefits. One of which was putting us in a position where we had the wiggle room to raise our grocery budget.

After my husband finished law school and our income had significantly increased, we toyed a lot with raising our grocery budget. And we did raise it a little — first to $40 per week and then, a little while later, up to $50 per week.

I Just Couldn’t Bring Myself to Spend More Than $50

I just couldn’t bring myself to spend more than $50 per week for groceries, though. {Note: The $50/week number was a little ambiguous because we do get free samples, review products, and high-value coupons from companies on a fairly regular basis because I’m a blogger. It was also a bit skewed because we buy some of our groceries with Amazon credit from Swagbucks. But for the past few years, we only spent $50 cash at the grocery store each week.}

After we moved to TN and we made the transition to Jesse being home full-time, I began noticing that $50 per week just didn’t seem to be cutting it. Not only has our family significantly changed our eating habits, but Jesse is no longer eating out each day for lunch. Plus, he is doing intense workouts three time per week and our kids are growing and have sports activities multiple times each week. Needless to say, we just seem to be going through a lot more food.

As Jesse has become a lot more interested in health and fitness, he’s also been doing a lot more of the cooking and he’s been loving trying out new and healthful recipes. He started wanting to spend more at the grocery store to purchase ingredients for different recipes he wanted to try. 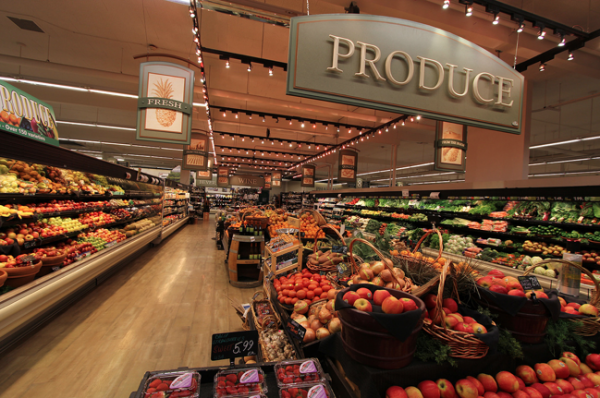 Why I Was So Stubborn

So I kept saying “No, let’s just try to make $50 work.” I tried to get more creative. I tried to really look for bulk deals and local sales. I tried to think of new ways to stretch that money further.

It wasn’t working, but I kept being stubborn about it for a few more weeks. I didn’t want to let you all down. I didn’t want to be a hypocrite. And, to be perfectly honest, I know there was a part of me that prided myself in the low, low grocery budget we’ve kept for so long.

But I finally realized how silly I was being. In the name of not letting my readers down, I was making life difficult for my husband and kids.

Family Comes First — Or Do They?

I’ve always said that my family comes first. That all blogging decisions will be made first and foremost on what is best for my family. That I won’t let the blog trump my family.

Clearly, I was forgetting this mantra. And I finally woke up and realized I just needed to let go of my arrogance and stubbornness, admit that it was time for a change, and be free from guilt over it.

While this was happening with me, Jesse had been researching different meal plans online and he came across a site called MealFit that offers meal planning specifically for people who want to eat healthfully and live a fit lifestyle. I was really reluctant to pay for this service. It seemed extravagant, costly, and nothing that was in line with my usually frugal ways.

Handing Over the Grocery Budget

At the same time, though, I could tell that Jesse really, really loved the idea. So I did something very uncharacteristic: I handed the grocery budget over to my husband and told him he could decide on what amount seemed best.

It was really hard for me for the first few weeks, but I could tell that Jesse was loving it and I enjoyed almost every single one of the MealFit recipes. They are packed with flavor and nutrition and there have only been a few duds or ones that we didn’t love. 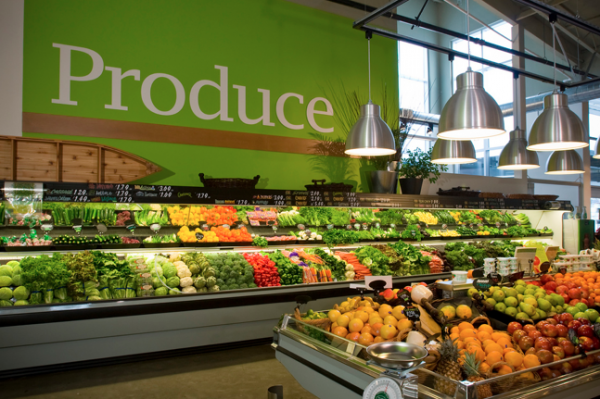 Yes, We More Than Doubled Our Grocery Budget

After about 4 weeks of experimenting, we realized that, yes, shopping and cooking according to the MealFit menu plan did increase our budget — but not to a crazy high number like I was expecting. We’re averaging around $130 per week now for groceries for the five of us, including the cost of the MealFit subscription.

This is more than double what we were budgeting before, but it’s nowhere near the $250 or so that I’d initially pictured it might be. More importantly, my family is eating healthfully and my husband is much happier. He’s made many, many hard sacrifices over the years to allow us to stay out of debt and save aggressively and I’m so happy that he can now reap some of the fruit of that sacrifice.

So there you have it: the completely honest truth on why we raised our grocery budget. I have a feeling some readers will be disappointed and upset with me. And that’s the hardest part about me writing and putting this kind of post out there. I don’t want to disappoint people, but I also want to be authentic.

No matter what you think of me after reading this post, I hope you know how much I appreciate you being on this journey with me. My heart hurts for you if you’re in a season where you don’t have any wiggle room in your budget. Please don’t give up! I truly believe that someday soon, those short-term sacrifices will pay off in big ways. 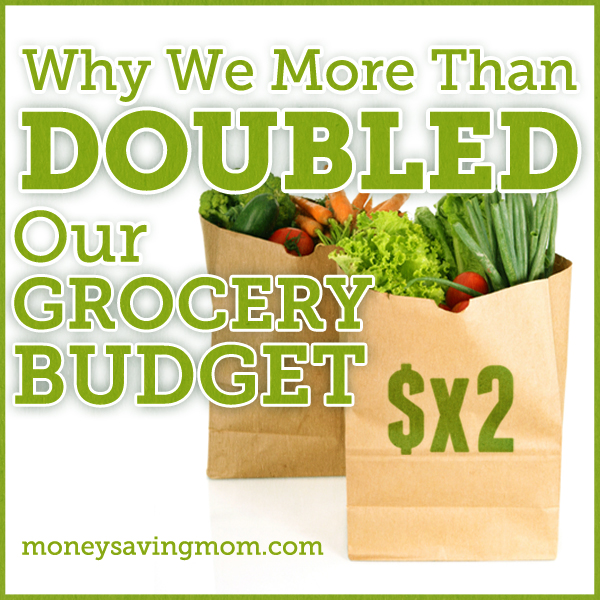