Reader Tip: Another Great Use for Zucchini 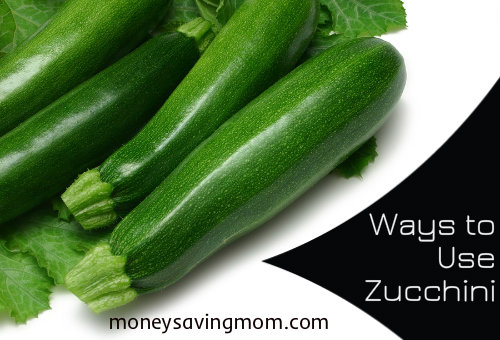 Benita emailed in the following tip:

I’ve recently found myself, like I do most summers, with an excess of zucchini thanks to my prolific garden! Even after giving a lot of it away, I still have more than I can keep up with. So, I’m always on the lookout for new ideas.

One of our family’s favorite desserts this time of year is to make “apple crisp” with zucchini. The last time I made it I started wondering if I could also use zucchini to make applesauce.

So, I peeled and seeded three medium-sized zucchini, sliced them up, and put them in the slow cooker with about a 1/2 cup of water (just enough to cover the bottom so the zucchini wouldn’t stick) I set the crock pot on high and let it do it’s thing. I stirred them occasionally and after several hours got out the potato masher to mush them up.

However, I quickly realized that zucchini could not be made into “apple”sauce! Not to be deterred, I pureed the mixture in the blender, poured the mixture into some canning jars, and put the jars in the refrigerator.

The next day, I was making muffins and was going to replace the oil with applesauce. But then I remembered the pureed zucchini and decided to give that a try instead of using applesauce (or oil). It worked great and we couldn’t taste any difference in the final muffins!

I froze the remaining zucchini puree in 1/2 cup portions and have since used that in several different recipes, all of them turning out perfectly. Our favorite so far is zucchini brownies — made with zucchini puree in place of the oil, of course!

Yay! One more way to make use of my abundant zucchini! -Benita