I wanted to make Layered Nacho Dip for the Super Bowl. This is a recipe that my mom used to make and then my sisters and I made it often when we were growing up.

I haven’t made it very often since I’ve gotten married and had kids, because two of the kids don’t like raw onions, one doesn’t eat tomatoes, Jesse doesn’t eat olives, and two of us don’t like spicy things. (We sound high maintenance or picky. We really aren’t about most things; this dip just seems to have all of the few things we don’t eat in it!) 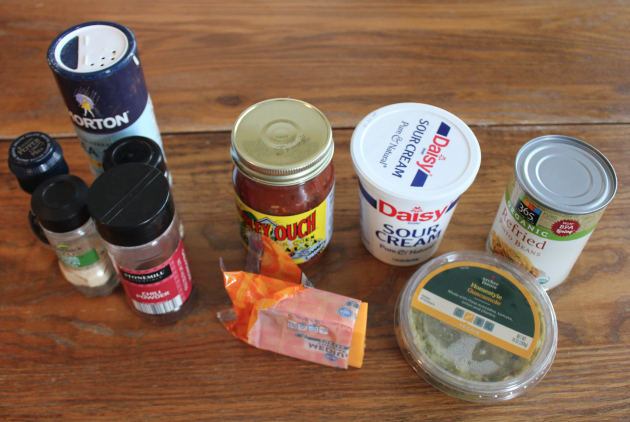 So I decided to re-make the Layered Nacho Dip recipe to be a little bit more in line with what my kids and husband would like. 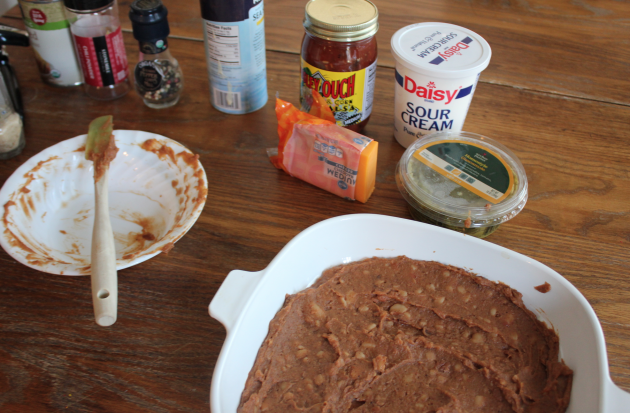 I used one can of refried beans mixed with homemade taco seasoning (well, I actually just dumped in some of the taco seasoning spices because I’m all fancy like that! ;). 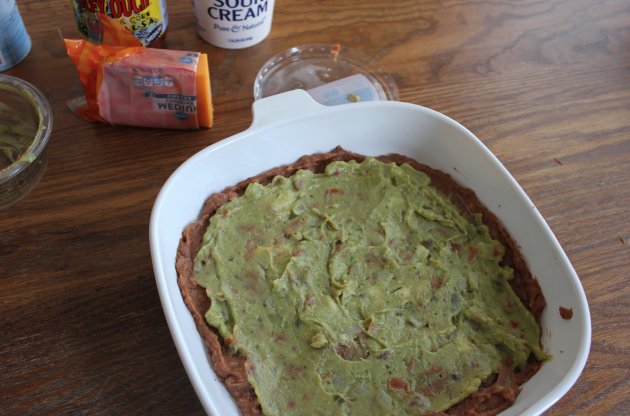 Then, I topped it with guacamole because we had that on hand. 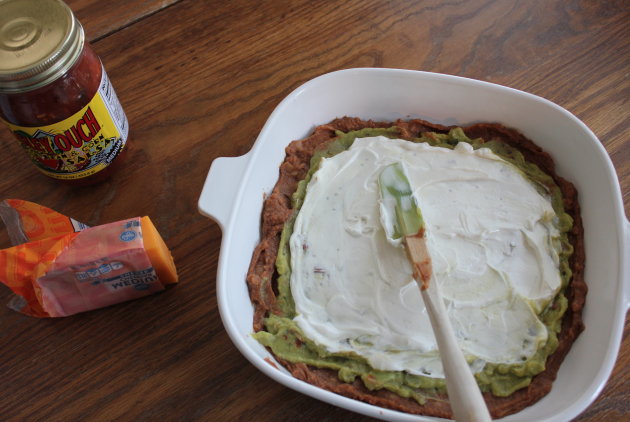 Next, I put a layer of sour cream. 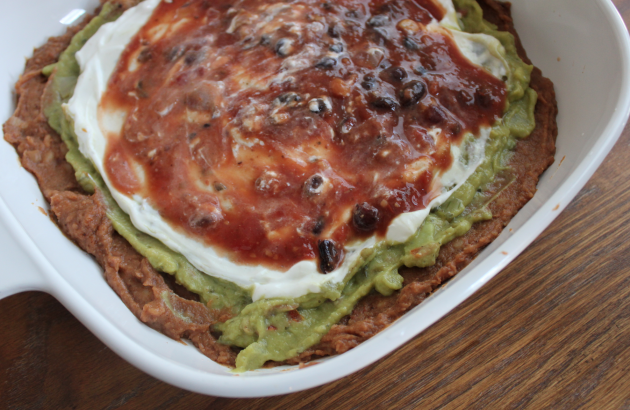 Then, I added a layer of black bean salsa. 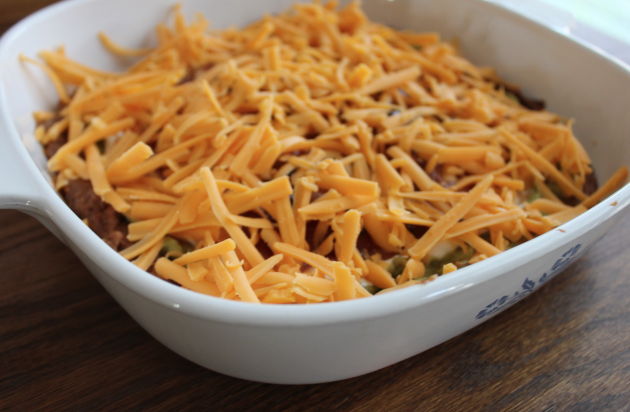 And I topped it off with shredded cheese. 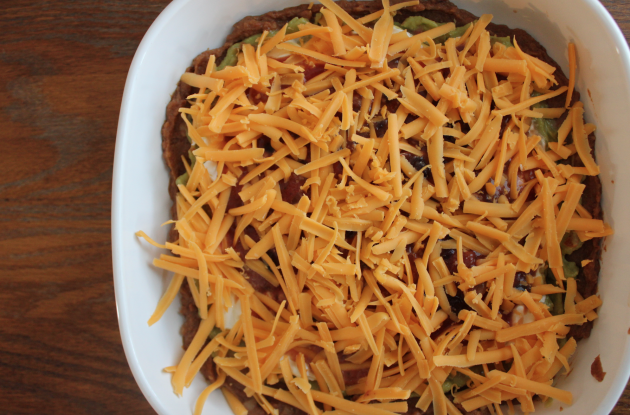 It might not be as fancy as regular Layered Nacho Dip, but it was still very delicious and my family loved it!

I’m all about making do, using what you have, and never feeling like a recipe is set in stone. It’s a suggestion of how to make something; not a must-follow sort of rulebook! 😉