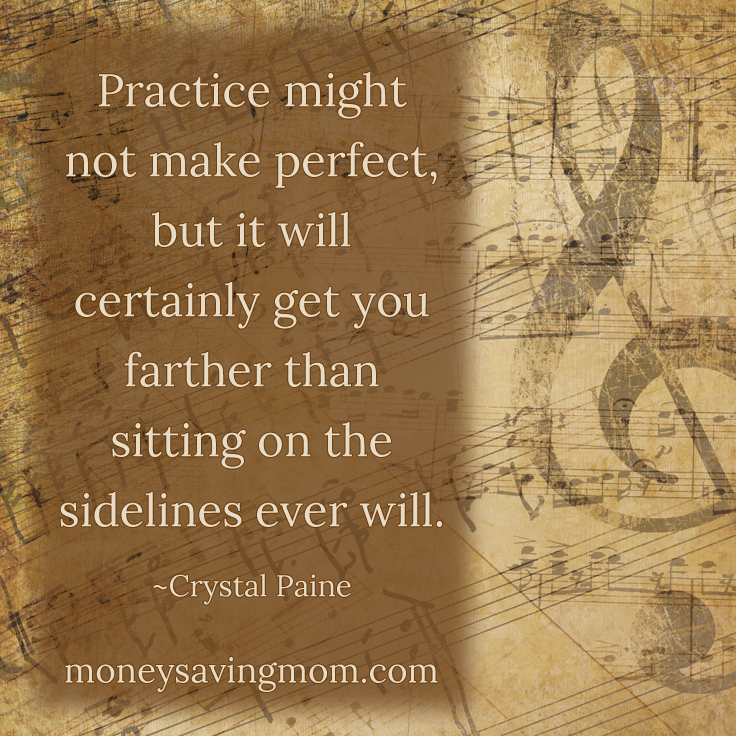 I was sitting at Kaitlynn’s gymnastics lesson earlier this week listening to her instructor challenge her over and over again to push herself beyond what she felt she was capable of. He was making her do the same exercise repeatedly, encouraging her to keep at it until she got it right.

“Keep doing it. You can do it. Try again. Almost, but I know you can do better.”

And on and on it went.

Truthfully, as her mom, there was a part of me that wanted to come in and rescue her. Her coach is patient and encouraging but he won’t settle for anything less Kaitlynn’s best.

Even though I sometimes get a little impatient when he pushes her so hard, I know it’s for her own good. In fact, she’s excelling and maturing in amazing ways in many areas in her life thanks to the persistence she’s learning in gymnastics.

As I was watching, her coach said something to Kaitlynn that I thought was incredibly profound: “You get over fear by practicing.”

This is true in gymnastics and all of life.

Instead of saying, “I’m not good at handling money.” Go practice.

Instead of telling yourself, “I’ll never be able to get on a budget.” Go practice.

Instead of believing, “I’m not smart enough to start a business.” Go practice.

Stop making excuses for what you don’t know how to do or aren’t good at and start forcing yourself to go out there and try, try again. Practice might not make perfect, but it will certainly get you farther than sitting on the sidelines ever will!