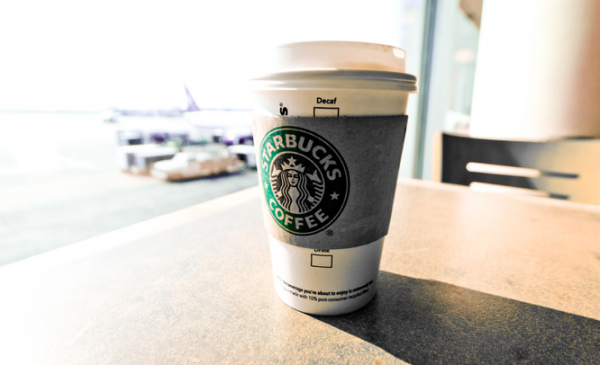 I woke up this morning knowing something was really wrong.

One of my eyes seemed all cloudy and blurry.

I rubbed it. I washed my face. I tried going downstairs to see if a change of scenery would help.

I tried blinking multiple times. I waited ten minutes thinking maybe I just needed to wake up more or something.

Nothing. It was still all blurry and cloudy.

Finally, I told Jesse that something was wrong with my eyesight. I confessed I was even worried I was going to slowly lose my eyesight (I know, I know, I’m a total worst case scenario person!)

And then it hit me: had I taken out both contacts last night? I was sure I had, but just to rule out every possibility, I stuck my finger in the eye that wasn’t blurry and starting swiping it to see if my contact was still there.

Um, yup. It totally was.

So instead of losing my eyesight, I appear to be losing my brain… because I somehow managed to only take out one contact last night before bed. Don’t ask me how, but I guess it’s better than accidentally showing up to some event and forgetting to get dressed (I have dreams that I do this all. the. time.)

I felt pretty dumb at this point. I mean, here I was running through all these scenarios of losing my eyesight and the problem was incredibly simple: I had a contact in one eye and didn’t have a contact in the other eye. This threw my vision out of whack and made one eye seem very, very blurry.

As I went about my morning, I not only felt relieved, but I also began thinking about how a change of perspective can change everything. Sometimes, it’s not exactly what meets the eye (pun fully intended).

For instance, not too long ago, I got a comment from a reader who was very upset that I had posted a picture of a Starbucks cup. She was upset that I’d spend so much money buying coffee when it’s so much cheaper to make it yourself. She went so far as to say she wasn’t sure if she could keep reading my blog because it seemed hypocritical for me to blog about frugal living and drink Starbucks at the same time.

While I completely understand that a picture of a Starbucks drink on MoneySavingMom.com might seem like a contradiction, it’s not always what it seems at first glance. In the case of the Starbucks cup, it was a coffee I’d bought at the airport, because you can’t bring homemade coffee through security (I wish!).

In addition, it was only plain coffee, not some fancy drink (coffee is actually one of the cheapest drinks you can buy at the airport). Plus, in this instance, the conference I was traveling to speak at, had given me a generous food allowance for everyday and was reimbursing me for all food expenses. And not only that, but I actually used a Starbucks gift card I’d earned from Swagbucks  to pay for my coffee.

So you see, it’s not always what meets the eye. A change of perspective can make a big difference.

Now, I don’t say all of this because I feel the need to defend myself for occasionally drinking Starbucks coffee. I share this because it was a good lesson for me: I can be quick to jump to conclusions or judge based upon the appearance of what something seems when I don’t know all of the facts.

In the future, I want to remember that it’s not always what it seems. Before I criticize someone or get frustrated or worked up over something, I want to first make sure I know all the facts.

Because sometimes, I just need to change my perspective. Well, and make sure that I actually take both of my contacts out, too. 🙂