Home » LITE Feed (non-deal) Posts » A Peek Into Our Lives This Past Week (our trip to Key West + my thoughts on the movie, Wonder)

Welcome to my weekly post where we take a break from money-related posts and I share about what I’m loving right now and give you a little peek into our life from the past week. 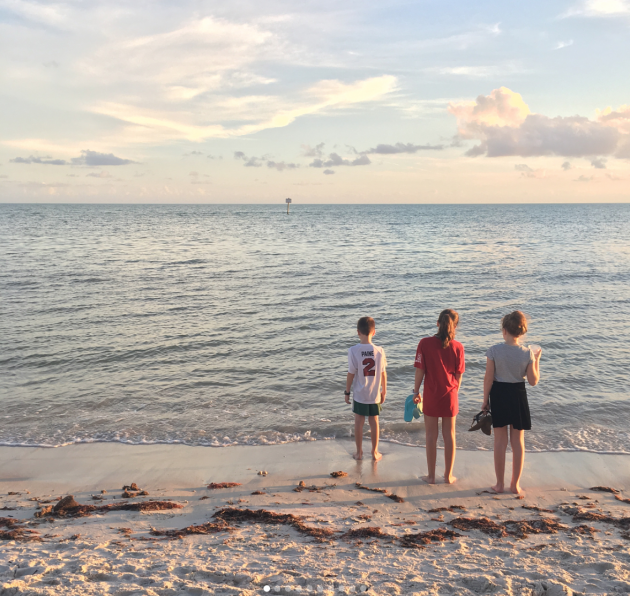 Traveling as a family is rarely ever smooth sailing. We had planned a fun family vacation to celebrate Christmas this year. It was sort of our “big thing” that we were doing for Christmas and Jesse and I were really excited to get to take our kids on this trip (we flew to Miami and then drove the 4 hours on the Overseas Highway to Key West.)

But as we left for FL on Sunday, I seriously wondered whether we should have just stayed home.

One child had a major meltdown while packing. I got frustrated. Jesse got frustrated. There was yelling involved. And I thought to myself, “Why are we even doing this?? It’s so much easier to stay home!”

But then, later that day, I watched my kids laugh and play and tease each other. Jesse and I made up. The child who said they’d rather stay home said they were really glad we came. And the child who had melted down went around an voluntarily apologized and asked forgiveness of each of us.

You guys. The work involved in making memories as a family can feel like it’s just not worth it sometimes. But then, you get up and do it anyway, and you realize that it is. 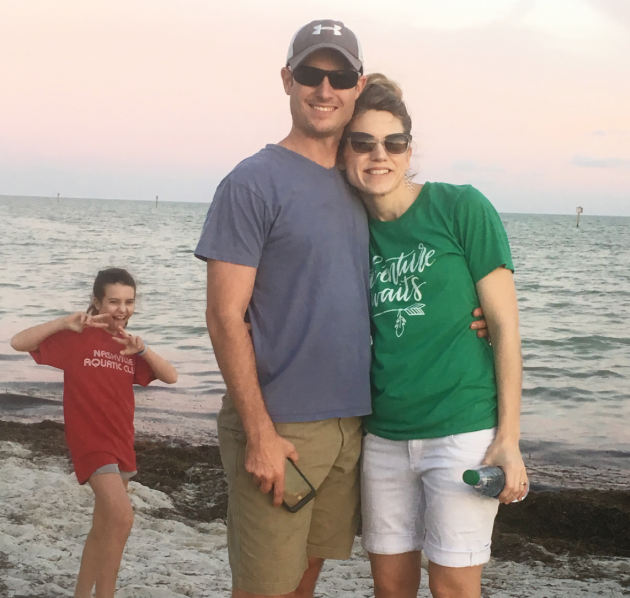 We didn’t know she was photo-bombing us! ? 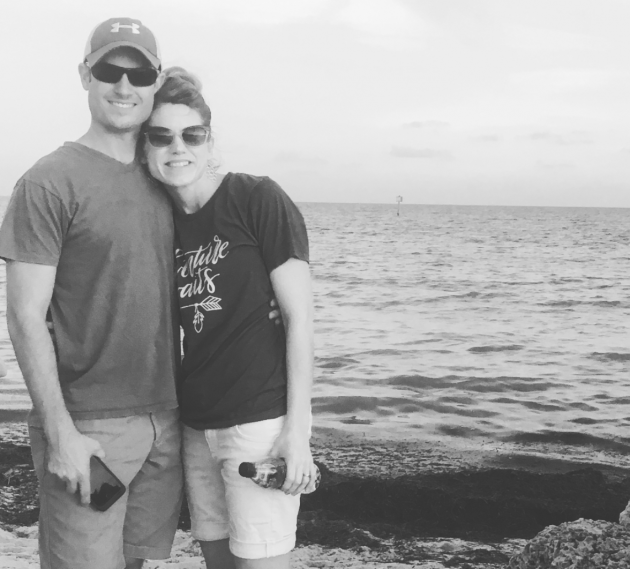 I love this man! 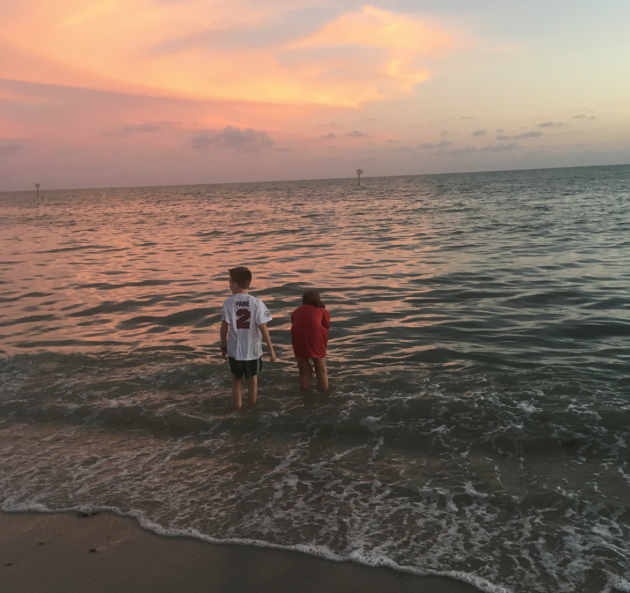 The weather was amazing while we were there — around 80 degrees! We had booked a hotel that we’d found on a deal on hotels.com, not really sure what to expect. We showed up and discovered that it was so much nicer than we expected and it was across the street from the beach and they’d given us a beautiful beachfront suite. (I kept asking Jesse, “Are you SURE it only cost $XX?”) 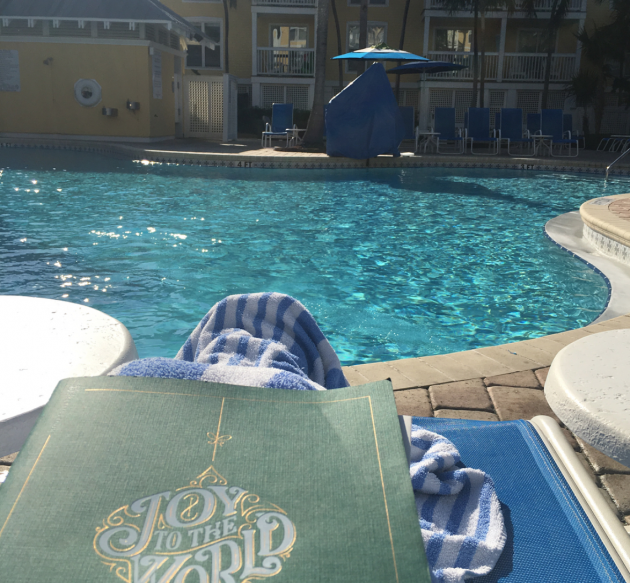 The hotel was pretty deserted when we were there (that was obviously why we got such a good rate!), so we mostly had the pool area all to ourselves! I couldn’t believe that it was December! It felt like it had to be May! 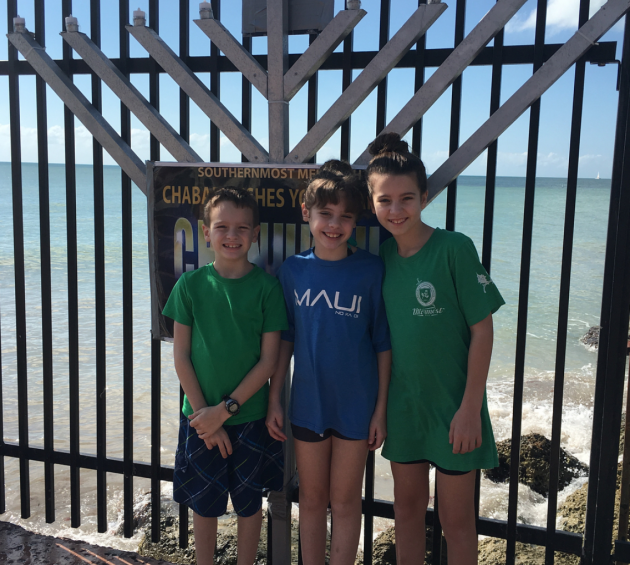 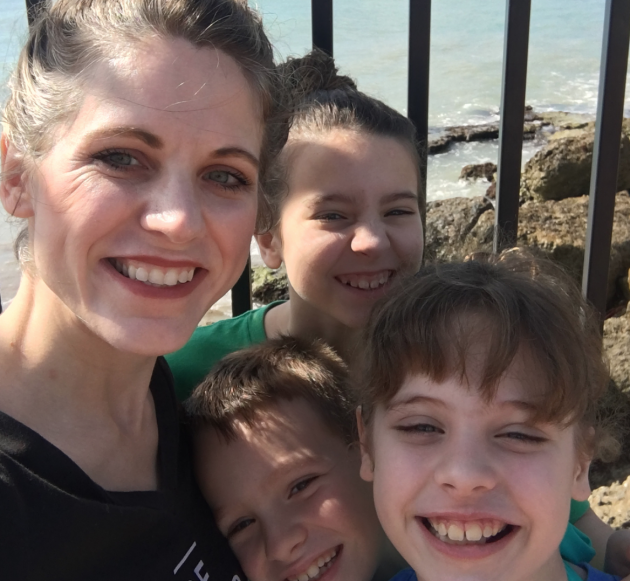 We visited the southernmost point of the U.S. This was one of the few places where you could still see some remnants of Hurricane Irma on Key West. They said that their whole island had worked so hard to completely recover from the hurricane. We were amazed at how little damage was visible.

Sadly, as we drove the 113-mile Overseas Highway through all of the other Keys, many of them still had a LOT of damage, lots of debris piled up on the side of the road, and many abandoned or closed buildings/shops/gas stations. 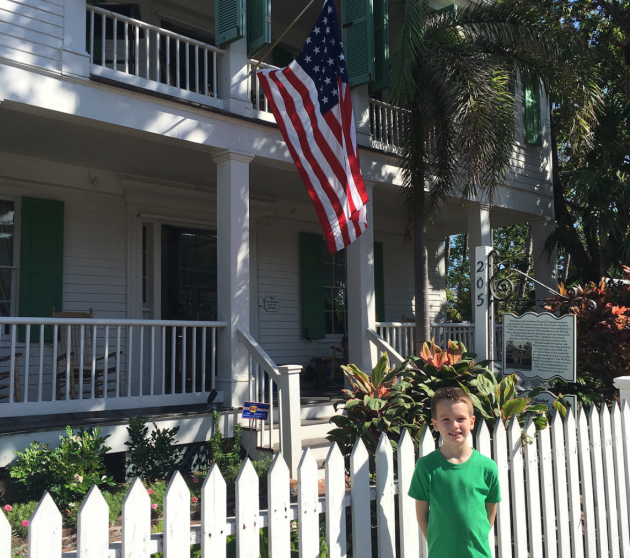 There are lots of fun places to visit on Key West — including the Audubon House and the Little White House. 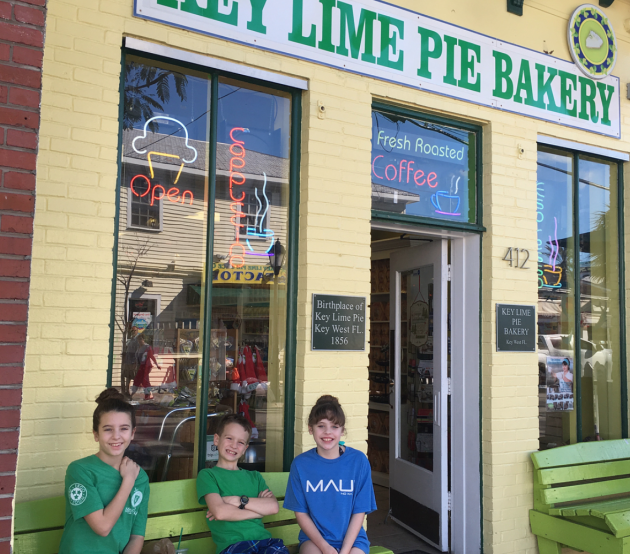 None of us like Key Lime Pie, so we didn’t get a piece, but we did visit this Key Lime Pie Bakery… since Key West is the birthplace of Key Lime Pie! 🙂 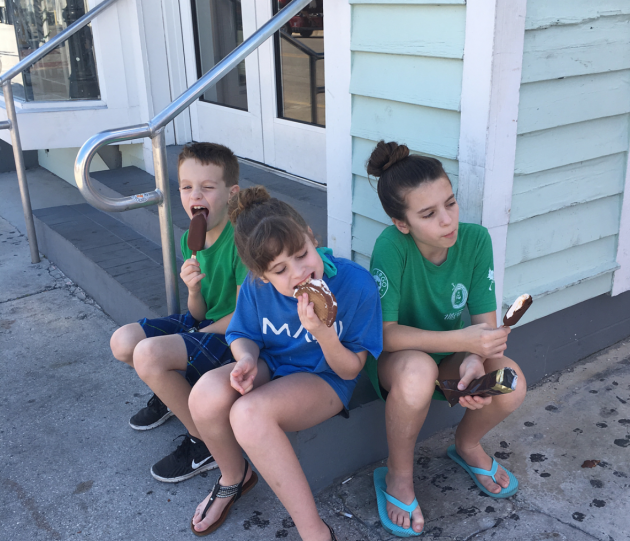 Most everything on Key West is pretty pricey. It’s very much a tourist-y island and the prices reflect that.

We had set a pretty tight budget for the trip because we wanted to challenge ourselves to have a fun trip without breaking the bank, so we got creative when it came to food. We ate out one meal per day and then got oatmeal packets and milk at KMart for breakfast and used a CVS gift card I had to buy snacks and a box of ice cream bars while we were in downtown Key West.

It wasn’t a perfect trip. But it was good. And so worth it. (And also, we were so happy that we ended up sticking with our tight budget that we’d set — and having what felt like a pretty “extravagant trip” while not spending more than we’d allotted!)

Note: Some of you asked on social media whether I felt this was a good trip to take as a family or if we felt like Key West was not very family-friendly. I’d recommend staying away from Duval street if you have younger kids. There are lots and lots of bars, lots of shops that have pretty adult-themed t-shirts and other paraphernalia that I wouldn’t personally want my younger kids reading. We also avoided downtown in the evening as we’ve heard that that’s when it gets less family-friendly downtown — especially in the Duval street area.

What I Read This Past Week

I did quite a bit of reading this past week since we were on Christmas break and had a really relaxed schedule. So I ended up reading 9 books: Tech Savvy Parenting, Habits, Just Open the Door (I read a pre-release copy to endorse), Spark Joy, The Joy Plan, Running on Empty, Financially Chic, Mere Motherhood, and Reading People (I had read most of this a number of months ago when I read it to endorse it, but I went back over it and more carefully read some of the chapters now that it was actually published.)

My favorites this week were Just Open the Door (I feel so inspired to exercise more hospitality in 2018!) and Reading People (highly insightful if you love learning more about personality types. This was the book that first introduced me to the fact that I’m HSP (Highly Sensitive Person).

What We Watched This Past Week

Because we were traveling, we didn’t watch any Christmas movies, but we did go see The Greatest Showman and Wonder.

I really loved The Greatest Showman. In fact, I want to go see it again, which is something I would rarely ever say about a movie. I think it’s because it was a musical and I loved so many of the songs. If you love musicals and Broadway type productions, there’s a good chance you might like it. It’s loosely based on the story of P.T. Barnum and Jenny Lind.

We also saw Wonder (of course!) because you all know how much I surprised myself by loving that book this past year. I thought the movie was good, but the book was definitely better. There were certain parts in the movie where I felt they missed the mark on the depth that was in the book. However, I think it’s a movie that every young person should watch.

One thing I didn’t like was that I felt like they kind of encouraged bullying the bully. At one point in the movie, one of the kids says, “If I looked like {the bully}, I’d kill myself.” (The bully had said this earlier in the movie about the main character.)

When that line was said, there was a little sort of hurrah let out in the theater. Like a sort of, “Serves him right” kind of moment.

And it bothered me because I felt like it was almost giving off a message of, “Be kind, be kind, be kind… except when it comes to bullies.”

That doesn’t mean that we let them bully other people, but that doesn’t mean that it’s okay to bully the bullies or say really unkind/hateful words toward them. Because there’s probably a lot going on beneath the surface or in their home or that has gone on in their past… they have a story and they need our kindness, too.

But other than that, I really liked so many parts of the movie and am glad we saw it. I guess I felt like the book had more of a “be kind to everyone because you never know what kind of battle they may be fighting” sort of mentality woven throughout it and I felt like some of that was missed in the movie — especially when it came to showing kindness to the bullies. However, maybe that was just my perspective! You are free to disagree! 😉

Have you seen The Greatest Showman or Wonder? If so, I’d love to hear your thoughts on them!

Links You Should Check Out