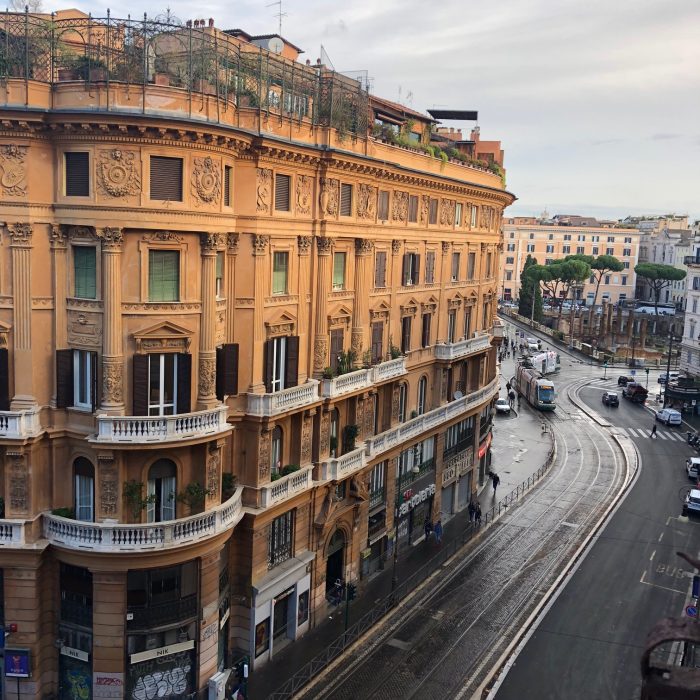 Welcome to my series on our 10-day trip to Rome and India where I’m sharing a peek into our trip — where we went, what we learned, and how we saved money. For details on why we went to Rome and India, read this post.

Since there were six of us going to Rome and India on this trip — two couples and two kids — we realized that it might be cheaper and smarter to split an AirBnB apartment rental together than to get multiple hotel rooms. It’s not something we’ve done much before, but we ended up loving this option!

I didn’t get any photos in the actual apartment, but you can see photos of the inside here. It was the perfect arrangement for all of us. 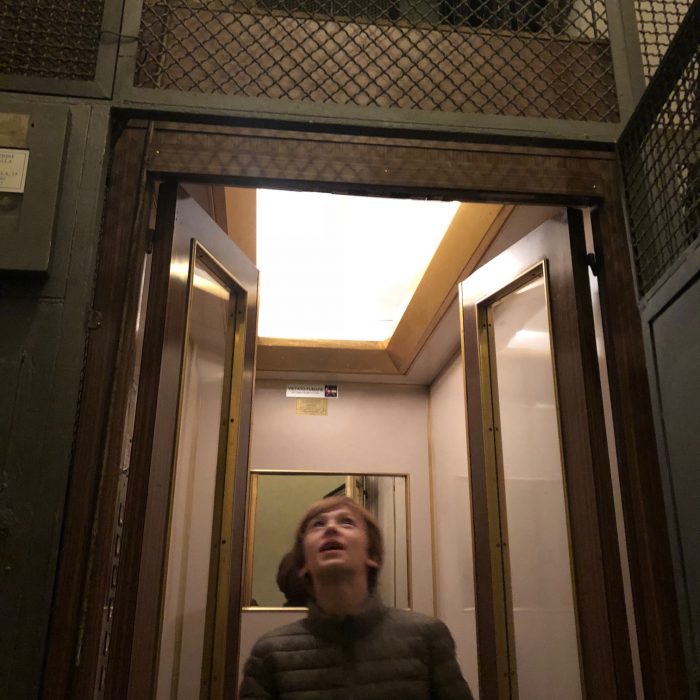 The apartment had this old elevator that was so fun to use! And the views out the windows were gorgeous (see the photo at the top of the post!) 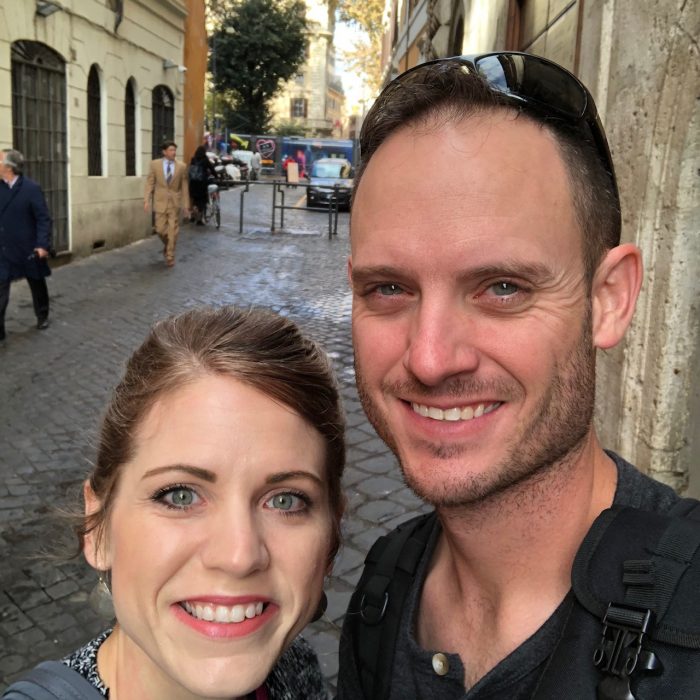 The apartment was situated right in the heart of the Jewish quarter and we were able to walk to the Coliseum, the Pantheon, the Trevi Fountain, Vatican City, the Spanish Steps, and more from it. Plus, within a few blocks, there were many different shops, cafes, and restaurants. 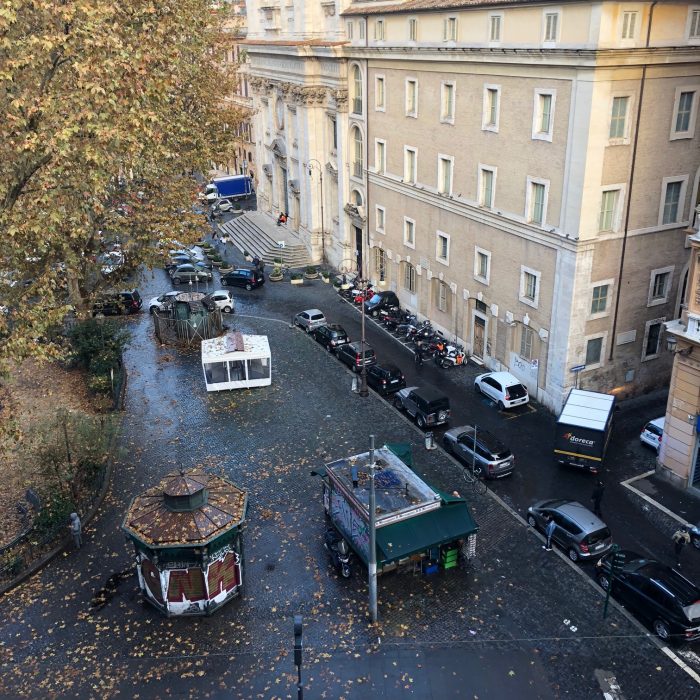 (The view out our window one morning — it was so idyllic!)

The apartment was extremely clean and they had tea and coffee on the counter and water bottles, juice, fruit, and milk in the fridge. Plus, they had towels, soaps, and shampoos in every room — just like a nice hotel! And the hosts were very gracious.

The only two issues I would point out that we had were:

1) They asked us to pay an additional $42 tourist tax when we arrived. They hadn’t mentioned this to us before and they asked for it to be in cash. We felt a little bothered that they hadn’t mentioned this and didn’t include it in the apartment fees. However, it is on their site, so it’s possible we just missed it there when we booked. And it’s possible that the government requires this to be collected separately and that it can’t be collected as part of the AirBnB fees. But I still would have appreciated it if they would have mentioned it and let us know they would need it in cash when we checked in.

2) The bathtub leaked when we drained it. We let them know and they came to check on it and offered to call someone to come fix it, but it was the second day and we just decided that Jesse and I would take “sink baths” (there wasn’t a shower in our bathroom — though there was a sprayer in the bathtub). They were very gracious and apologetic about this and I’m guessing they got it fixed as soon as we left! 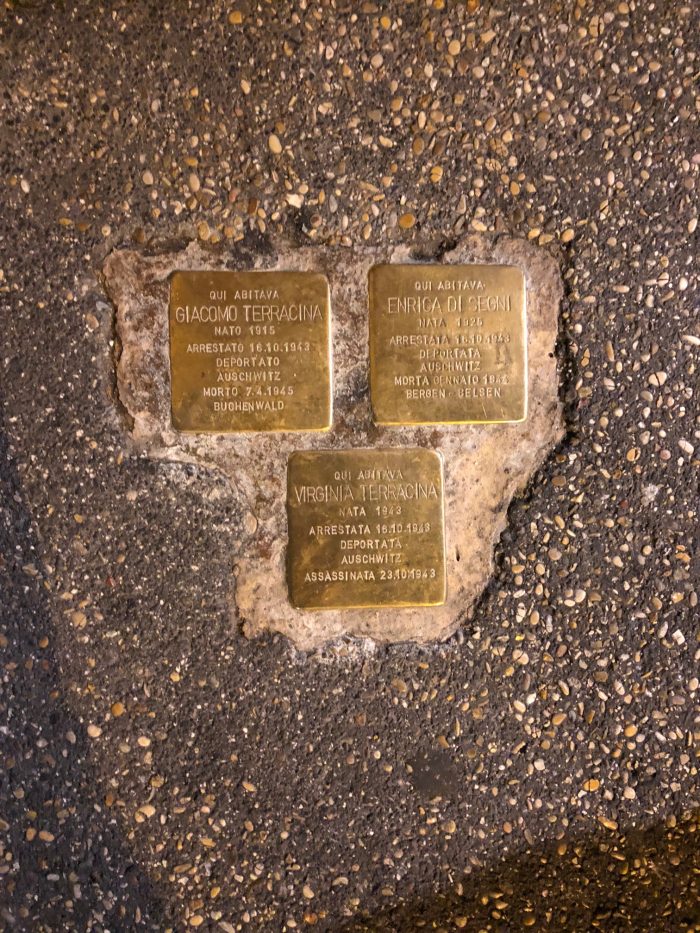 Many of the buildings in the Jewish Quarter had little gold plates in front of them with names of Jews who were sent to the concentration camps during the Holocaust. It was so sad and such a poignant reminder of the turmoil and heartache from history that these buildings could recount if their walls could talk. 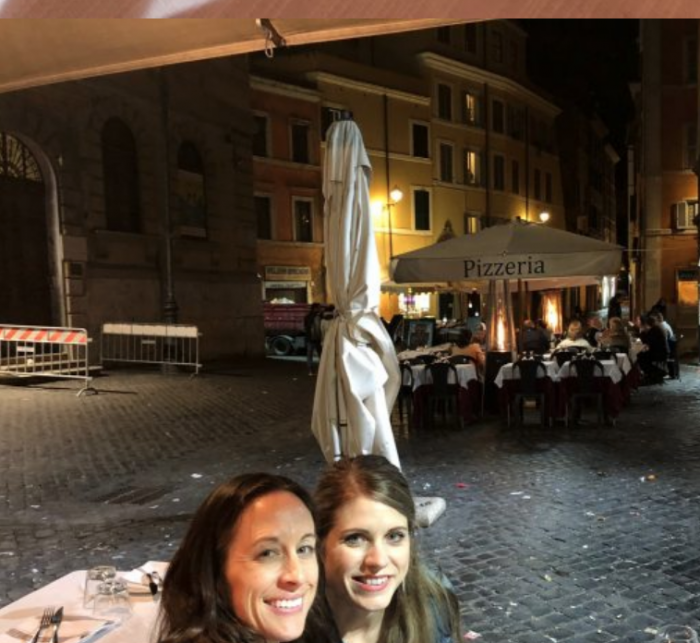 Rome has so many fun outdoor cafes and restaurants!

We’ve only splurged on two meals on our entire trip and this was one of them! We went to Ba’Ghetto Milky — which was just a few blocks from our apartment and specializes in Roman Jewish Cuisine and Middle Eastern Cuisine. We loved it and the service was fantastic! 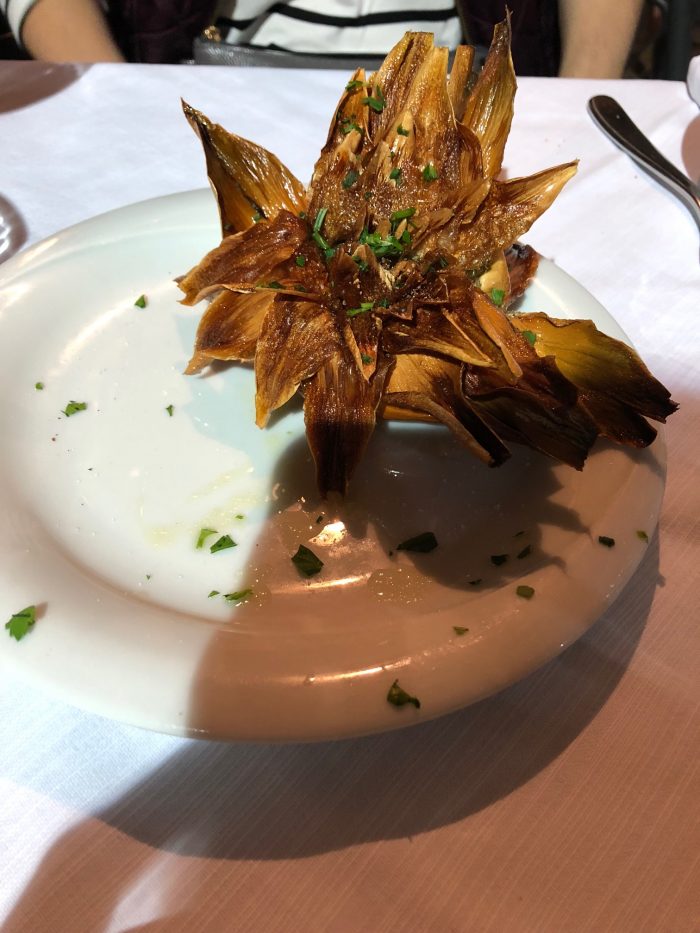 Fried artichoke hearts are really common on most of the menus and it’s one of the things I fondly remember from my time in Rome! 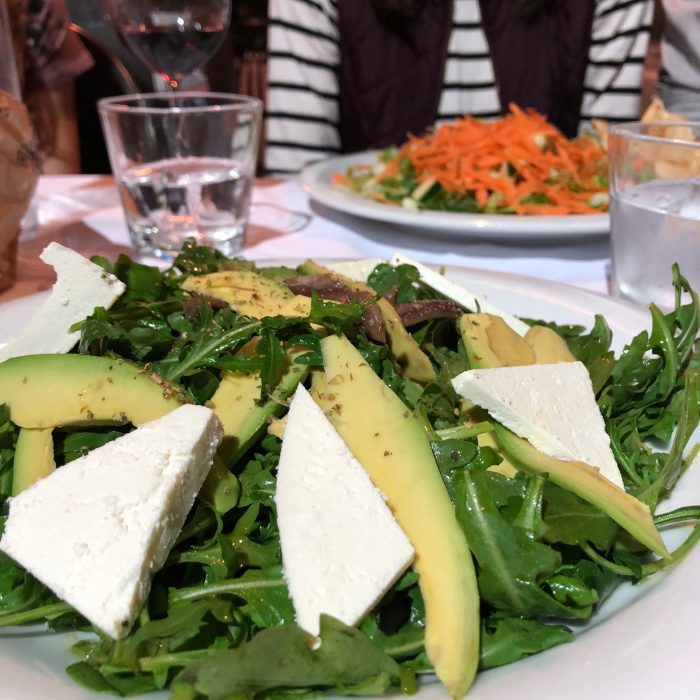 My salad was so delicious — I was just sad I couldn’t finish all of it! 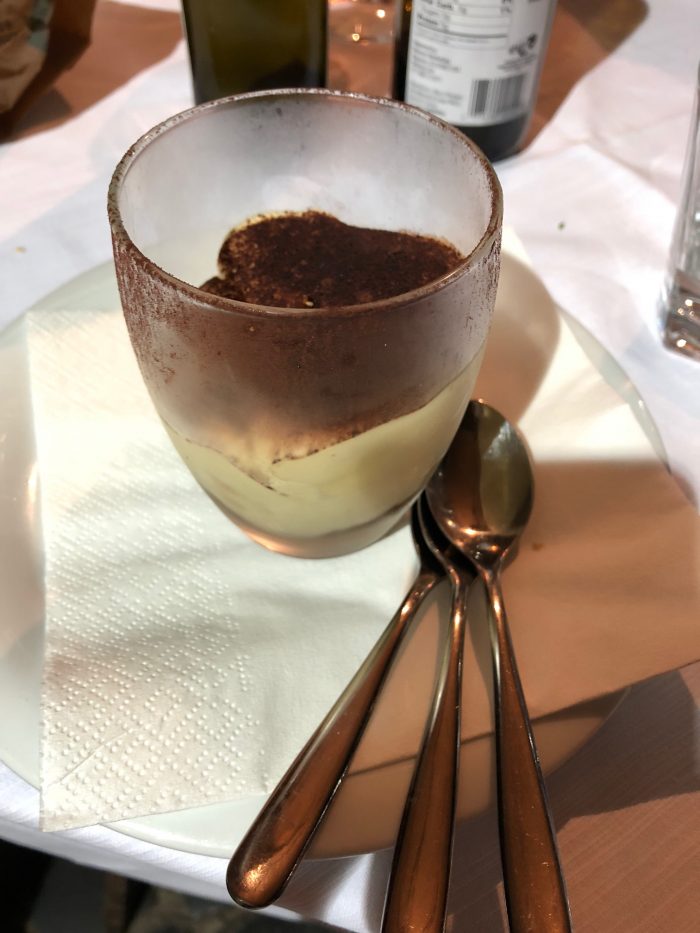 But of course, I had to save room for Tiramisu! 🙂

All in all, we LOVED going the AirBnB route and not only was it very economical, it also allowed us to feel a little bit more like we were getting a true Rome experience by staying in such a beautiful old building and area!

Have you ever stayed in an AirBnB rental? We haven’t done this much, but I think it’s something we’ll definitely consider doing in the future since this worked out so well!

I’ll be back tomorrow with a post all about our time in Rome — where we went, what we learned, and how we did it on a small budget!