How Losing Our Home Changed Our Lives For the Better 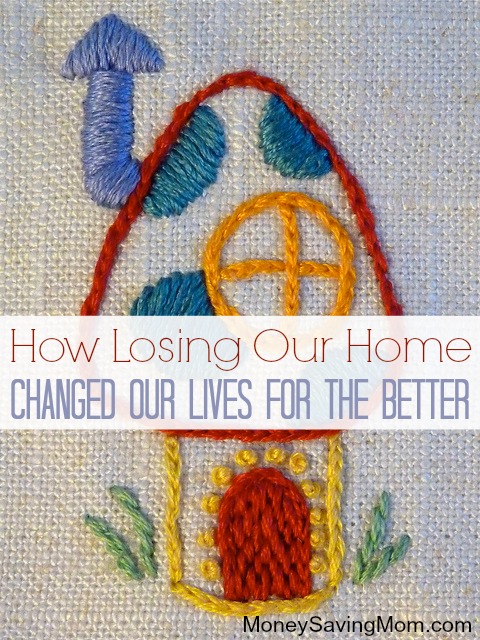 Guest post by Sarah of Little Bus on the Prairie

Four months ago my husband and I were in a deep slump.

There wasn’t anything terribly wrong, per se, and there was a lot that was right with our lives: we had three beautiful children, a roof over our heads, a steady income, and a great marriage. We even owned a piece of property that we had plans to build a house on. However, our efforts to get that project underway had drained our savings and left us with nothing concrete to show for our efforts.

We both felt “stuck,” like our wheels were spinning but we weren’t getting anywhere we wanted to be.

Then, one day in January, as I was leaving to pick my oldest up from school, I opened up a piece of mail from our landlord. Annoyed, I assumed it was a rent increase. Instead it was a 60-day notice to leave the premises because they were selling the house we were renting.

I found myself immediately gripped with anxiety. We had been living in our rental for close to four years and were nowhere near where we wanted to be with our plans for building our future home.

It looked like we would have to find another rental that would probably cost more, not to mention the expense and effort that moving requires, and take further resources from being put toward our goal.

I sent my husband a text with the news and he reminded me that we had another option. We had recently purchased a 1970 International double-decker school bus conversion off Craigslist for $1000. It had been sitting for a decade and was a mess inside. There were vague plans of living in it once we had building permits for the house, but we had since regretted the purchase as the behemoth languished in our driveway untouched and building permits seemed such a long way off.

Now we had a new impetus to work at making it livable.

It was the spark that lit a fire beneath us and, with a lot of help from family and friends, we were able to completely update the bus in just a few weeks! We will now be able to live on our land, rent-free while we save money to put toward our dream house. 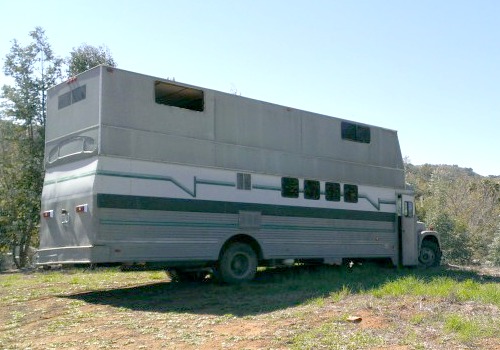 The past two months have been exhausting and full of hard work, but it’s like we have a brand new lease on life. Something that could have been a terrible blow, and pushed us further from reaching our goal, has instead been turned into a fantastic opportunity to achieve it even more quickly than we had hoped.

We feel more than ready to accept the risks and meet the challenges in our path as we start out on this adventure.

Have you ever done something that seemed “extreme” to meet a goal? I’d love to hear about it!

Sarah is a wife and mom to three living in North County San Diego. She coupons, homeschools and is otherwise completely normal (aside from the whole living in a bus thing). She’s a voracious reader and is always looking for great book recommendations. You can follow along with her family’s journey into full-time bus-living and house-building at Little Bus on the Prairie.