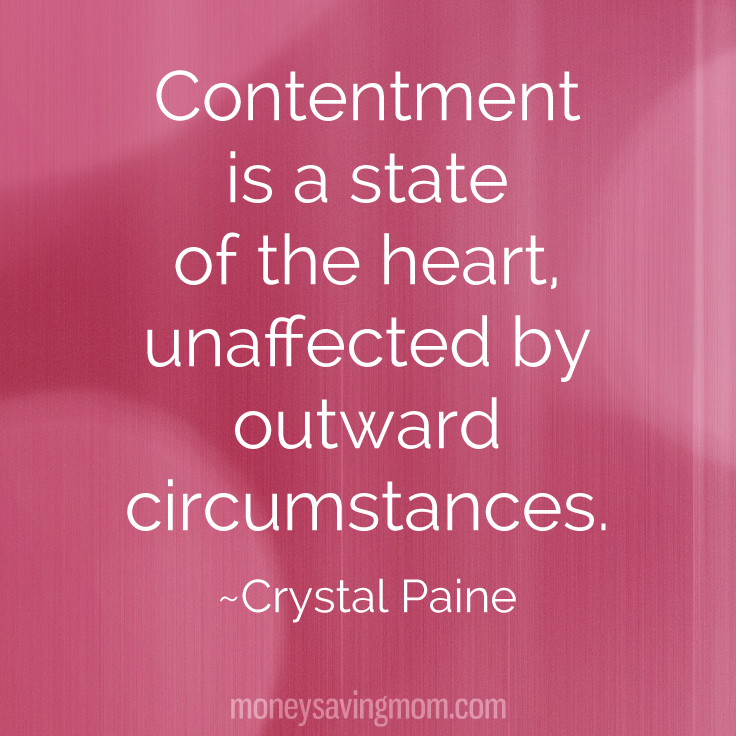 During the month of October, I’m following along with Edie & Ruth on their 31 Days of Less & More journey. I’d love for you to join in by reading the posts and completing the projects, or just sit back and read along each day.

Jesse was going through old financial statements not too long ago and we were aghast to read the numbers. During the first year he was in law school, there were six months when we made less than $900 — and some months it was as low as $650. I recall that season of our lives fairly vividly, but seeing those numbers on paper again after a number of years have past was a shock to our systems.

Our rent alone during those months was over $500. I’m still not sure how we made it on so little! No wonder we rarely ate meat and did so many other pretty “extreme” things. (Yes, we had money in the bank to cover most of law school, but that money was locked up in CDs and we’d both decided that it would be untouchable to us except in the case of a dire, life-threatening emergency.)

Our commitment to live within our means and stay out of debt was hard. There’s no doubt about that.

I remember we’d pay our tithe money, our rent check and our basic utility bills and then we prayed that somehow the rest of the money would stretch until the next check would come in. How we were going to afford basic necessities was constantly looming over our heads.

And yet, those months were some of the most precious and memorable in our lives. We saw God provide for us in amazing and unexpected ways. We learned to be wildly creative. We were forced to be incredibly entrepreneurial.

Most of all, we discovered that contentment is a state of the heart, unaffected by outward circumstances.

It was so good to learn that stuff doesn’t buy happiness. It’s easy to say that, but living it really solidified it for us.

I tested and tried out the theory — out of necessity — and I learned that it’s really true. You can be wildly fulfilled and content even in the leanest times.

To this day, even though our financial state has changed a great deal, I just don’t spend much money. Because stuff is just stuff. Time with people and making memories matter so much more than the things we own.

Contentment is a choice. So choose today to bloom where you’re planted. Choose to make the most of whatever situation you find yourself in. Choose to stop focusing on what you don’t have and start being thankful for the many blessings you do have.

And remember, no matter what difficulties you might be dealing with today, somebody else would love to be in your shoes. 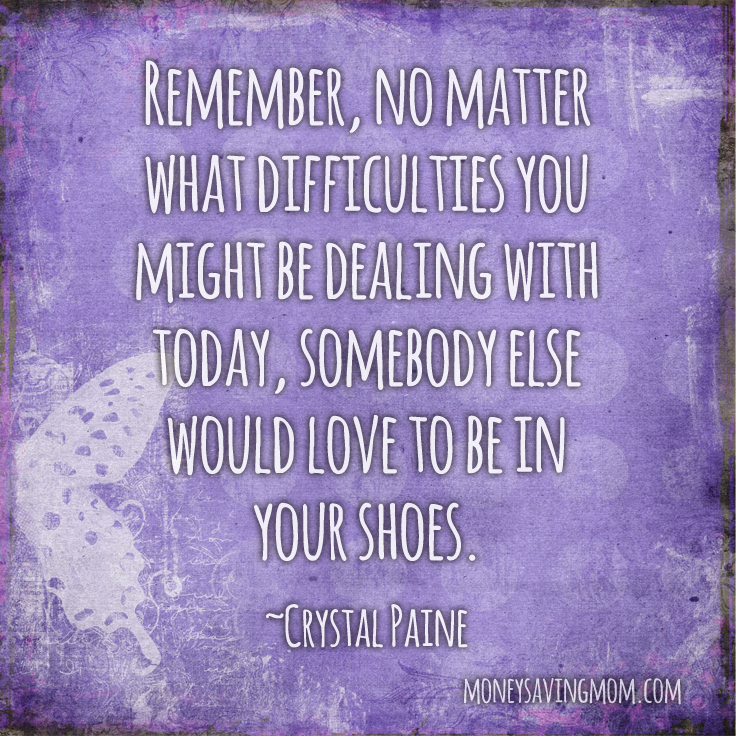 For more on this topic, check out Ruth’s post on Less Coming In and Edie’s post on More Contentment. I promise you’ll be inspired and blessed!